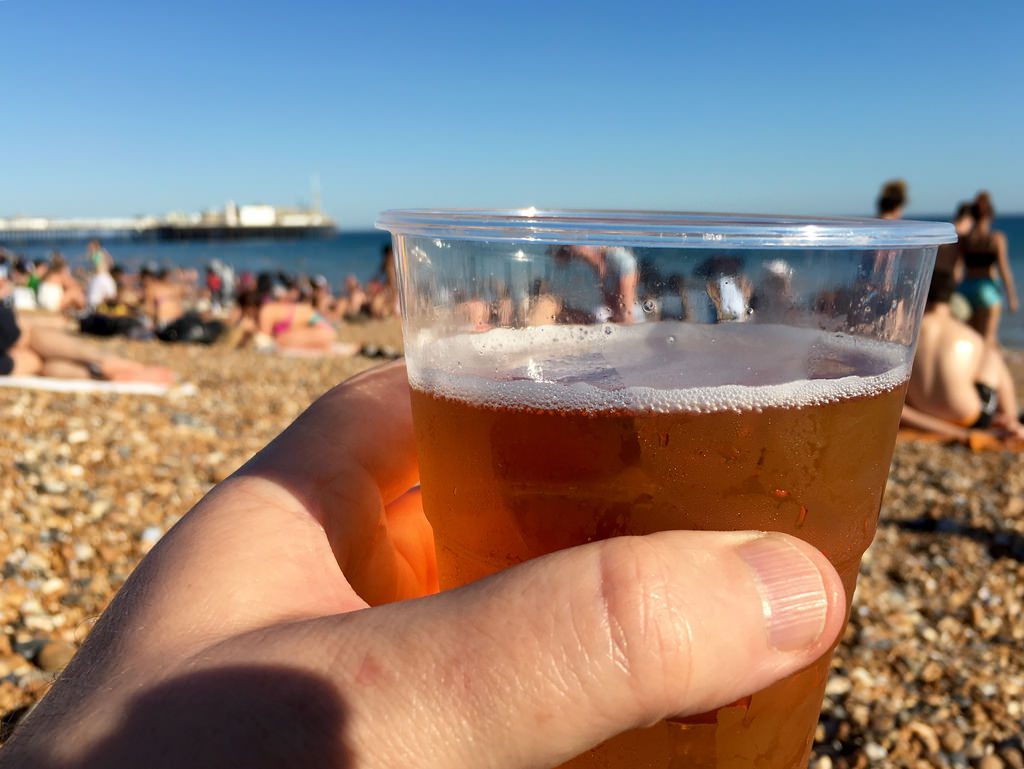 If you were to chose the perfect beer city, Brighton & Hove would surely be a strong contender for it!

We’ve got sunshine (well sometimes!), the seaside, crazy golf, chips on the pier, sticks of rock, a gaudy royal palace, a top flight football team, a vibrant music scene, a diverse bunch of folk including a large student population, some very fine brews and lots of wonderful beer venues.

Founded by award-winning beer writer and broadcaster, Emma Inch, who has called the Brighton her home for the past twenty-five years, Brighton & Hove Beer Week aims to show the world what a unique and enjoyable place Brighton & Hove is for beer lovers.

This beer festival will see over 60 events take place at more than 30 venues in Brighton & Hove, across just 10 days!

In a spirit of cooperation and mutual respect, participating venues, organising events, and breweries, will work together throughout the week showcasing the very best in beer and brewing from Brighton & Hove and beyond, staging one of the very best celebrations the city has ever seen!

Independent craft brewers are currently fuelling the growth of the UK’s beer scene, and this ‘craft beer revolution’ comes as new figures reveal the number of UK breweries has surpassed 2,000 – the highest since the 1930s!

So there really is no better time or city than now and Brighton to host a week like this!

Not an event centred by a beer tent –  Brighton & Hove Beer Week, is all about the venues and the breweries taking part, who bring great beer to the city every day.

Organisers have promised events do not require wristbands, lanyards or beer tokens, and most events not ticketed, so clear your diary and come along to enjoy the cream of the Brighton & Hove beer scene!

Here are a selection of some of the boozy events taking place across the week:

For £20, you can get this 10 day festival off to a flying start by with sky high beer tasting taking place on the British Airways i360!  Come along and oversee 360 degree views of Brighton & Hove and the South Coast, whilst tasting some of Sussex’s finest ales with legendary head brewer of Harvey’s Brewery, Miles Jenner!

On Friday 24 August at 6pm at the Black Dove, St James Street, join the wonderful Franklins Brewery for the launch of their Redcurrant Sour, which is a collaboration with Pig & Porter and Tom’s Tap & Brewhouse.

Enjoy your August Bank holiday weekend with bands, BBQ and beers at one of the smallest pubs in town, the Hand in Hand.

On Wednesday 29 August why not come along to the The Greys, Southover Street, for a Bedlam Brewery Tap Takeover & to Meet the Brewer. Bedlam brews consistently good, often a session beer, brews in sussex and recently won four gold medals at the SIBA South East Independent Beer Awards. And, what’s more, its free entry!

Thursday 30 August will see ‘Beer on the Pier’, an offshore showcasing at Horatios bar on the pier of the best brews from seven local breweries!

On the same Thursday you can enjoy an evening of live Jazz and beer at Idle Hands, Queens Road, or a Beer Geek Quiz at the Brewdog Brighton!

From Friday 31 August – Sunday 2 September 2018 why not celebrate the fifth birthday of one of the most well-respected brewers in the UK, and Sussex’s very own – Burning Sky! Held at the Prince Albert, Trafalgar Street, you can expect a great selection of world class beer!

Throughout Brighton & Hove’s Beer Week, The Brunswick in Hove’s in-house kitchen, ‘Sussex Eats’, will see every dish on their menu have a Sussex beer in the recipe.

From tap takeovers, to talks, to walks, to food pairings and to music matches, Brighton & Hove Beer Week really does have something for every kind of beer lover!

Ultimately this week is about world-class beer served at the local pubs, bars, restaurants and bottle shops that bring it to you all year round, where you can expect an amazing 10 days of events across Brighton and Hove!

To find out more about Brighton and Hove Beer Week, including all the city’s venues, events and breweries involved in the week, visit: www.brightonandhovebeerweek.com,

Alternatively to jump straight in and start planning your week now, you can see a list of all the individual events happening throughout the week, such as what your favourite venues will be doing, by clicking here.