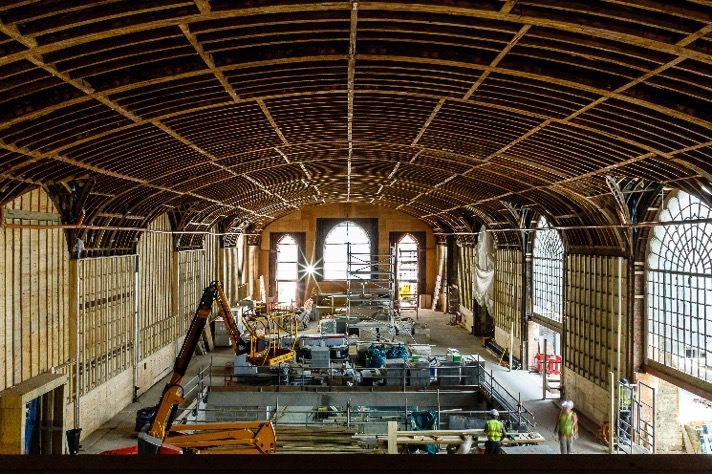 The Brighton Dome is opening it’s doors to visitors keen to learn more about it’s rich history, as well as get a first hand look at it’s current redevelopment at their upcoming Heritage Day.

Judging by the support shown for Brighton Dome’s community appeal to raise money for the development of the Dome, it is clear that Brightonians are incredibly concerned with the future of the building. However, we’re also pretty sure that the people of Brighton are just as concerned with it’s past, and would jump at the opportunity to get a look at the redevelopment works, as well as delve into the Dome’s past.

This Saturday’s Heritage Day will see the Corn Exchange’s doors open for the first time since since the most recent renovations began last year. Visitors will be lucky enough to glimpse the work that’s been completed so far, which includes a magnificent new skylight, the exposure of original timbers estimated to be around 200 years old and the new balcony that has been constructed in the Studio Theatre.

Visitors will also be lucky enough to take part in an exciting behind the scenes tour, which will include an exclusive glimpse of Brighton Dome’s famous underground tunnel, as well as attend a talk on famous landscape designer Humphrey Repton’s vision of the Royal Pavilion Estate.

Keen history fans will also have the opportunity to speak to volunteers from the Dome, and hear stories of the building’s extensive 200 year history, as well take part in family craft activities, where they will be taught how to create some of the traditional techniques used.

Heritage Open Days such as this are enormously popular across the country, with historic buildings from every age and style opening their doors to the public, allowing them to discover architectural mysteries. Over 40,000 volunteers deliver these amazing days, making Heritage Open Days England’s biggest voluntary cultural event.