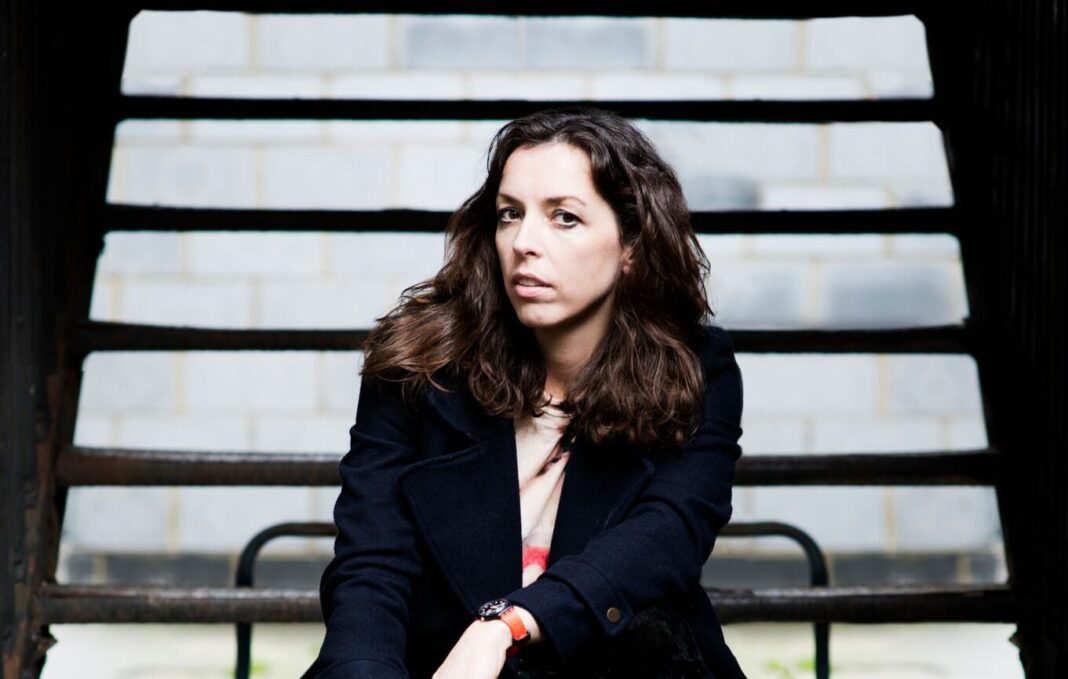 Multi-award winning and highly acclaimed comedian Bridget Christie hits the road in 2018 with her brand new show WHAT NOW?  Brexit. Trump. Nuclear apocalypse.  Environmental catastrophe. But let’s be positive, at least Hugh Hefner is dead! Is rolling news affecting your ability to enjoy the simple things in life?  Like baking, gardening and autoerotic asphyxiation?  There has to be another way of living that is more enjoyable than this. But can Bridget find it?

Bridget’s last show, the hugely critically acclaimed Brexit show BECAUSE YOU DEMANDED IT, completely sold out its 21-night Leicester Square Theatre run and subsequent UK tour.  It won Best Show at the comedy industry Chortle Awards 2017, and was The Guardian’s No.1 Comedy of 2016. As well as theatres up and down the UK, Bridget will also be doing a run at London’s Leicester Square Theatre, starting on 9th September 2018.

In March 2017 Bridget’s debut stand-up special STAND UP FOR HER was launched globally on Netflix, making her the first British female comic to have a live stand-up show on the channel. Her new BBC Radio 4 series, Bridget Christie’s UTOPIA, will be broadcast on Wednesdays at 1830, from 7 February 2018.  The Radio Times said ‘Laugh out loud….This is the funniest thing I’ve heard on radio for years’.

In 2013 Bridget won the Foster’s Edinburgh Comedy Award for Best Show with her show A BIC FOR HER.  This show also won the 2014 South Bank Sky Arts Award for Best Comedy, the 2014 Chortle Award for Best Show and a 2014 Hospital 100 Club Award for Performance and Theatre.  It was a total sell out in Edinburgh and became the highest selling comedy show at Soho Theatre ever, selling out every night of its 54-night run. Her follow-on show, AN UNGRATEFUL WOMAN, also sold out its entire 52-night run.

Bridget’s debut BBC Radio 4 series, BRIDGET CHRISTIE MINDS THE GAP, was broadcast in April 2013. It won Best Radio at the 2014 Chortle Awards and a prestigious 2014 Rose D’Or International Broadcasting Award for Best Radio Comedy. It was also nominated for a Radio Academy Award 2014.  A second series was broadcast in January 2015 and won a 2015 Chortle Award for Best Radio Programme, for the second year running. Bridget’s upcoming brand new radio series will transmit later this year.

Her debut book, A BOOK FOR HER, was published by Century Random House in hardback in July 2015 to universal critical acclaim, and was reviewed by every UK national newspaper.  The book has also just been published in Spain.  It was one of the Top 100 Books for Christmas in The Telegraph, the Top Ten Comedy Books in The List, and Book of the Day in The Observer newspaper. It was also nominated for a 2016 Chortle Award for Best Book.

****  ‘As ever, Christie wears her great intelligence as lightly as can be, masterfully juggles levity and seriousness, full-blooded passion and twinkly-eyed playfulness.’

**** ‘The most passionate assault on the status quo’ – The Sunday Times

You can find further information and a full list of Christie’s tour dates here.

Minimalism is the Secret to Sustainable Tourism

‘I don’t care about Hitler’: Wiley and the rise of antisemitism

Big advertisers are boycotting Facebook but it’s not enough to #StopHateforProfit...