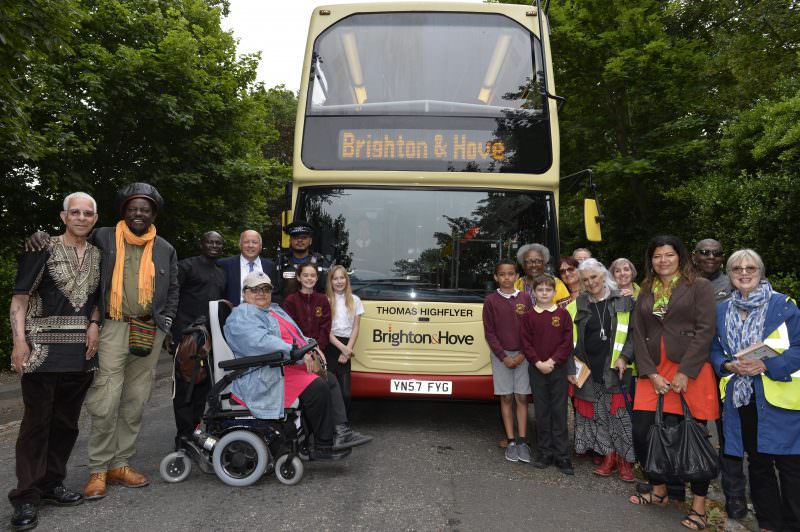 The inspiring life of an African slave boy accepted into the Brighton community in the 19th century recently resurfaced. The tale, which was uncovered due to the work of the Brighton and Hove Black History Group, has captured the hearts of those in the local community. On Wednesday he was honoured with the restoration of his headstone at an intimate ceremony.

However, the ceremony held for the boy was not the only step taken to immortalise his memory. Thomas Highflyer, named after the Royal Navy ship which rescued him, has now had a Brighton and Hove bus named in his honour.

Thomas sadly passed away at the tragically young age of 12. His story still served to inspire the local community though, who learned an important lesson in inclusivity. This is one that Brighton has clearly not forgotten, and does not plan to forget.

He became a popular member of St Mark’s School. Current pupils from this school were taken to the memorial service of Highflyer in the bus bearing his name.

Thomas’ story is one which will never lose its relevancy. It is just as necessary now as it ever has been to remember the importance of acceptance and tolerance, and commemorations like these serve to inspire future generations.