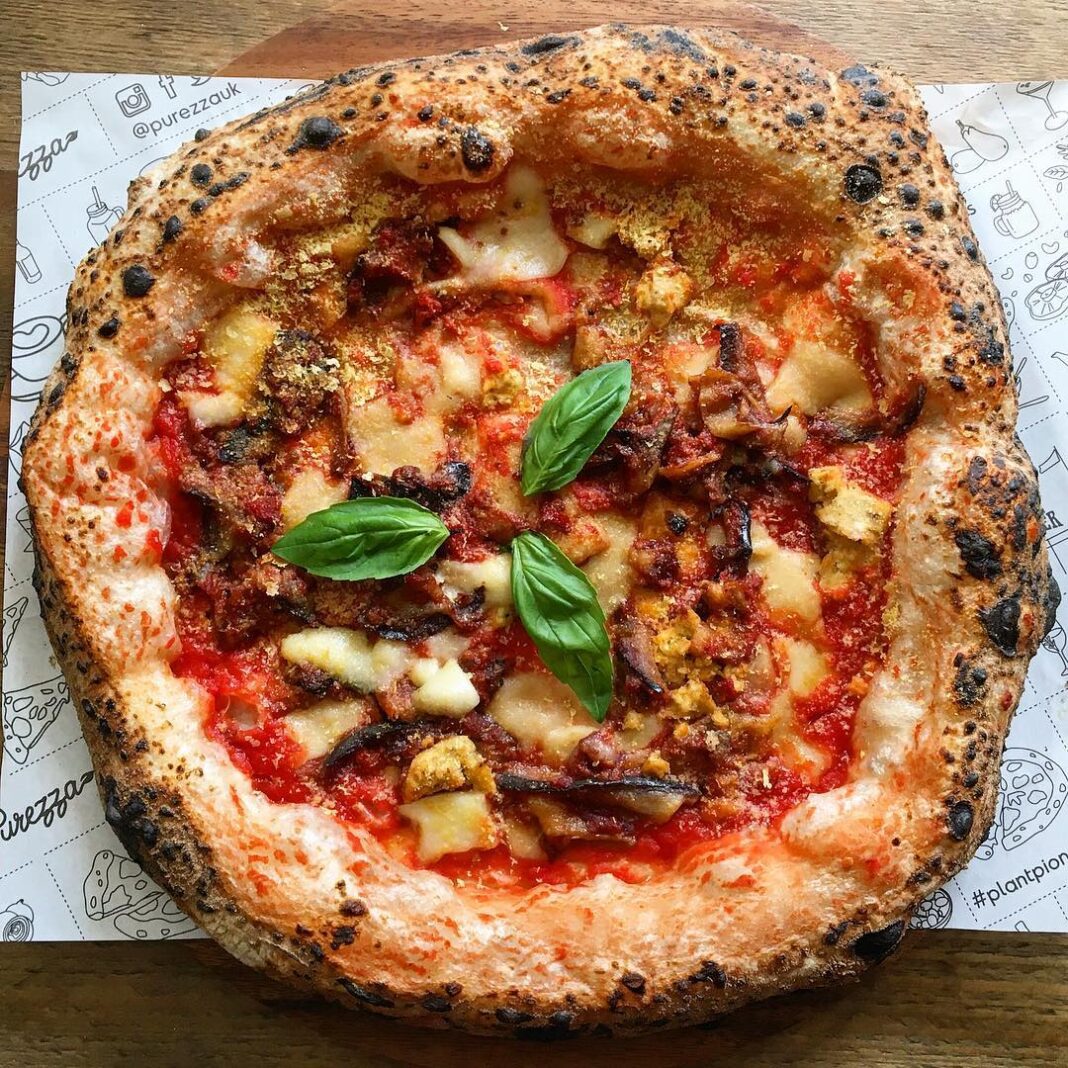 In fantastic news for Brighton’s ever-thriving food scene, the city’s favourite vegan pizzeria, Purezza, has won ‘Pizza of the Year’ at the National Pizza Awards 2018.

The winner, which was up against stiff competition from other meatier and cheesier entries, was the Parmigiana Party, a pizza that takes inspiration from the classic Italian parmigiana dish, using fried aubergines, vegan sausage and smoked mozzarella to create a finished product that would leave even the most devout carnivore satisfied.

“It’s unbelievable – to get this sort of recognition for something that I love is the best feeling I’ve ever had. I’m really proud, because I really believe in this project. I started to believe in vegan food in 2015, and to spend time with Tim and Stefania [Purezza founders] and join them on this trip, and now to win this award, is something that I’m really proud of. This will be a new starting point where we can say: ‘It’s true – we can do something really special.’”

Head judge, Charlotte Mellor, editor of Casual Dining Magazine, said that herself and the other judges were “really surprised” when it came to crowning a meat- and dairy-free entry the winner. Joining Charlotte on the judging panel was Salvo 1968 managing director, Guiseppe Motisi, Pizza Pilgrims founders Thom and James Elliot, as well as Jon Jones, the Marks and Spencer development & innovation chef, so there’s no denying that pizza connoisseurs were making the final decisions.

Charlotte went on to comment further about the inclusion of a vegan pizzeria in the competition, as well as Purezza’s place in a fast developing change in attitude towards plant based dining:

“The increase in the number of people following a plant-based diet has led to a high demand for better-quality vegan products and a rise in establishments that cater to this market. Not only does Purezza represent this growth, but it’s also celebrated by its customers for simply making great pizza.”

Purezza has earned a well deserved place in the heart of Brighton’s incredible food scene, having first opened in 2015 and gone on to open a second restaurant in London earlier this year. Having earned significant recognition for developing their own range of vegan cheeses for exclusive use in their restaurants, Purezza will be taking their mission to spread plant-based eating to the next level, by opening a vegan cheese factory in coming months.