Home Politics Can the planet survive a second Trump term? 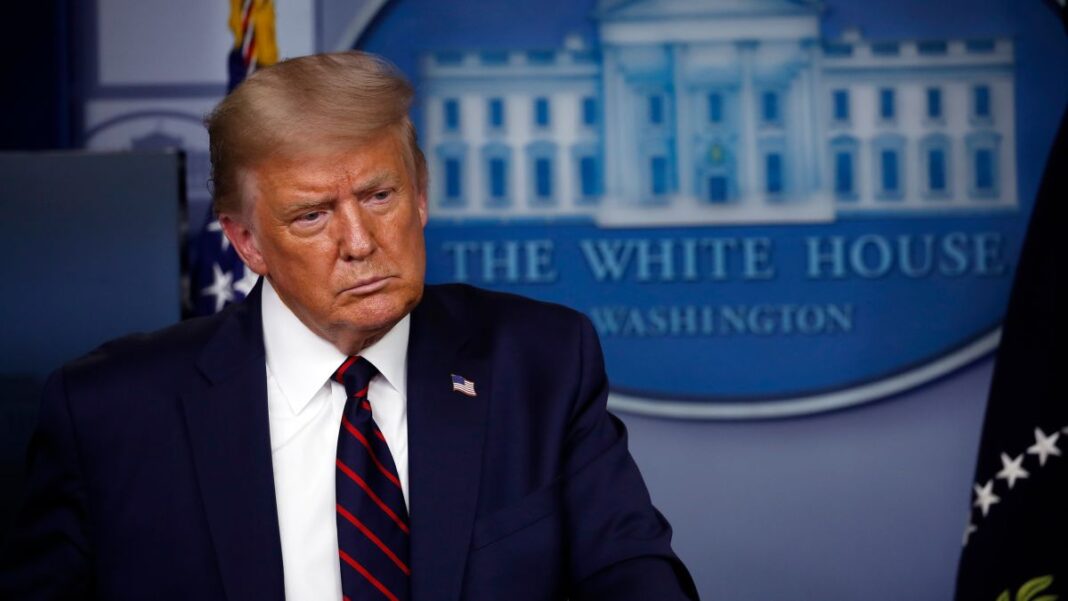 On November 4th, one day after the US election, the US will officially exit the Paris Climate Agreement, the only comprehensive global pact to tackle the climate emergency, concluding a withdrawal process that President Trump initiated with a speech from the White House’s Rose Garden on June 1st 2017.

Signed in December 2015 by 195 countries, the agreement requires all signatories to commit to taking “ambitious” action to reduce carbon emissions as soon as possible, with the aim of keeping the increase in global average temperatures to well below 2C above pre-industrial levels.

Trump made it quite clear that he saw the agreement as an international attempt to damage the US economy by hitting manufacturing jobs and regulating coal production, describing it as “very unfair, at the highest level, to the United States.” “Nobody ever talks about emissions from China or India,” the President added.

In reality, the agreement did not make any specific stipulations about what measures each country had to take. Central to the accord is that it leaves each country free to choose how to cut emissions for itself, without any sort of enforcement. As long as countries can show their measures are getting progressively more ambitious, national leaders are free to go about addressing the climate crisis in the way they deem most appropriate for their country.

A raft of rollbacks

Withdrawing from the Paris Agreement, however, is only the tip of the iceberg when it comes to Trump’s assault on the environment – the headline macho flex in a long list of overturned pacts and protections aimed at appealing to his supporters in the coal, oil and gas industries and their employees.

His appointment of former coal lobbyist and climate change sceptic Scott Pruit to Head of the US Environmental Protection Agency (EPA), a man who had a history of suing the EPA if it ever got in his way, set in motion a cascade of rollbacks to over 100 Obama-era protections covering everything from air quality to offshore drilling.

To mention just a few, in 2018, Trump’s administration overturned a decision from the Bureau of Ocean Energy Management to grant 5 companies a license to use seismic airgun blasts to search for lucrative oil and gas deposits off the coasts of Florida and New Jersey, a practice known to have a huge, negative impact on the communication, feeding and mating habits of large marine mammals. Also in 2018, the President announced that he would be lifting some restrictions on greenhouse gas emissions from coal power plants. In 2019, Trump signed the “Energy Dominance” initiative, which sought to smooth the path for companies to build oil and gas pipelines that could contaminate water sources by rolling back rules that required them to attain state approval.

His administration has also overseen rollbacks to rules surrounding the protection of endangered species, car emissions standards and air quality. Until last year, National Geographic kept a running list of these policy overhauls. It makes for staggering reading.

Trump has not stopped at simply rolling back regulations however, but has also sought to hamper progress in the fight against climate change, which he famously called a “hoax,” by cutting funding for research into clean energy, replacing climate scientists on government advisory boards with industry bosses, censoring all mention of climate change on government websites and dropping global warming from the US’s list of national security threats.

Trump is no stranger to contradiction, however. It is true that he has signed bills to pump funding into national parks, but this was surely motivated primarily by a desire to appeal to voters’ patriotism – a tactic that served him so well in the 2016 election. It is also true that, as he has boasted, America currently has the cleanest air it’s had for 40 years. This achievement is not a result of actions taken by the president, however, rather in spite of them – it merely reflects a longer-term trend away from polluting energy sources such as coal.

It’s too early to reflect on the consequences of the raft of rollbacks Trump has overseen, but they will surely be disastrous.

Another four years of a Trump administration uninterested in the climate crisis could set back global emissions cuts by a decade, according to one published analysis, making the chances of meeting the goals of Paris virtually impossible.

With scientists telling us we have just 10 years left to prevent irreversible damage from climate change, we simply can’t afford another Trump term.

His opponent, Joe Biden, may have many flaws, but he has been unusually radical when it comes to environmental promises, even embracing some of the central concepts of the Green New Deal.

As well as vowing to re-join the Paris Agreement, he has unveiled a new climate and jobs plan which advisers say he would take to Congress “immediately”, if elected president.

The new proposal outlines $2tn for clean energy infrastructure and other climate solutions, funded in part by increases to corporation tax, which will be spent as quickly as possible in the next four years.

Following the recommendations of a unity taskforce of Sanders and Biden supporters that was co-chaired by the New York congresswoman Alexandria Ocasio-Cortez, who co-sponsored the Green New Deal, Biden’s blueprint aims for a clean electricity system including renewable power and nuclear energy by 2035.

Biden’s plan is far-ranging and creative, including plans to boost the rural economy by expanding a program that will pay farmers to use farming techniques that store carbon in the soil.

Fully aware that he may well rely on votes from moderates living and working in coal, oil and gas states like Pennsylvania, Biden has so far refrained from announcing any serious plans to take on these dirty industries and has also refused to ban fracking.

His plan is not perfect, but it is relatively ambitious, and could begin to fix some of the harm Trump has inflicted.