Driving Through The Past: Ben Sherman

The Ben Sherman shirt has a firm place within British popular culture – in Shane Meadows’ iconic ‘This Is England’, the characters adopt the brand as part of their unofficial uniform.

For this week’s edition of Driving Through The Past we’re looking further into the life of Ben Sherman (born Alfred Sugarman) whose name sits on the front of the 916 bus. Alfred was the founder of one of Britain’s most iconic clothing brands, that has become synonymous with the iconic Mod movement.

Alfred Sugarman, who is described as the “passionate businessman with an artist’s soul”, was born in Brighton in 1925, and as he grew up he decided that he did not want to take over from his father in running the family gift shop in his home town. Instead, Alfred moved over the pond and tried a variety of different jobs in the USA, including selling jewellery and picking tobacco. Still not satisfied with his career, Alfred went in to business with his father-in-law, who owned the clothing company Lancia. 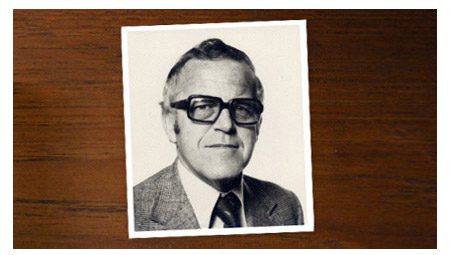 However, this still wasn’t entirely enough for Alfred: despite being in charge of the company, he failed to successfully put through his own shirt designs when he became bored of Lancia’s stale designs. Following this, Alfred decided to make the move back to his hometown of Brighton in 1962 and, along with changing his name to Ben Sherman, created his own clothing company of the same name.

Initially just comprising of a shirt factory in Bedford Square, the Ben Sherman clothing company took inspiration from American button-down shirt brands, that were favoured by London-based modern jazz fans, as well as the colourful, resort-style shirts that were becoming popular in the USA. Whilst at this time these styles were only available in poor quality imported materials, Ben Sherman used far higher quality materials, as well as better stitching detail, which the Mod customers responded enthusiastically to. 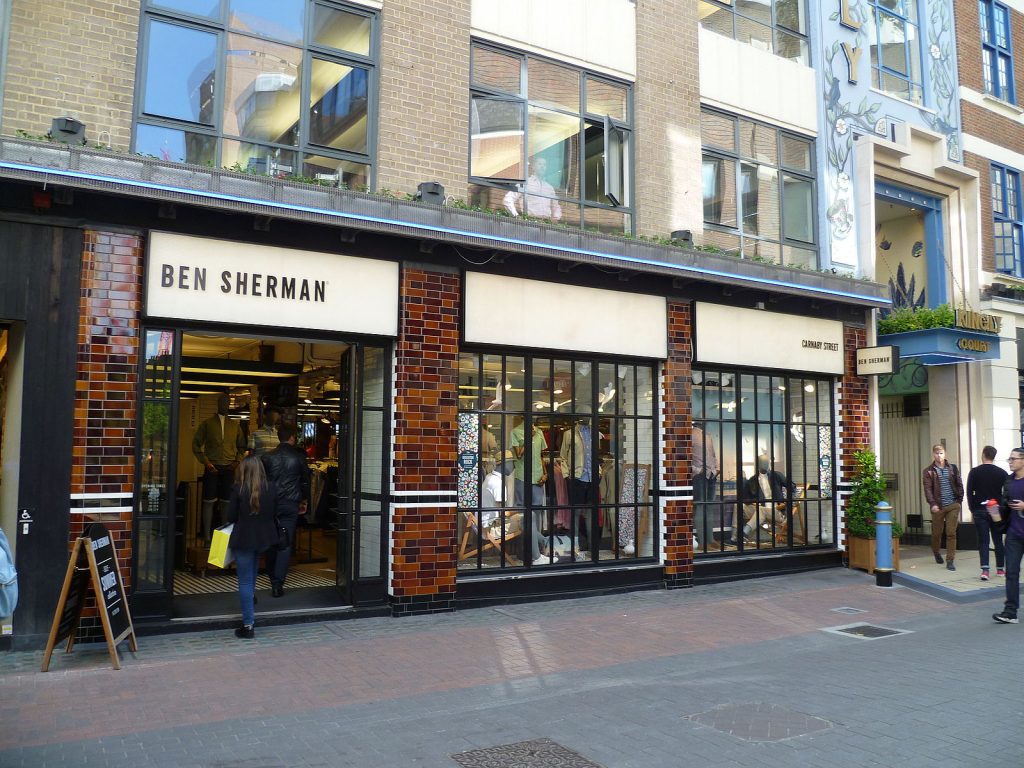 The brand grew quickly in popularity, with orders often exceeding capacity and the first store was opened on Brighton’s Duke Street in 1967, with a showroom on London’s Carnaby Street being opened shortly after, as well as two other London based stores. Despite it’s growing success, Sherman quite quickly wanted out of the business, and sold it in 1975 due to his declining health before moving to Australia with his fourth wife.

Ben Sherman passed away in 1987, following a heart bypass operation, but the legacy of his clothing company lives on. Even without it’s founder at the helm, Ben Sherman clothing went from strength to strength and is still distributing across the globe. His clothing is still widely popular today and is regarded for it’s high quality designs and materials and has a firm place in the history of British popular culture, due to it’s association with the Mod movement. As stated on the Ben Sherman website, generations of youths have agreed that “there is simply nothing quite like an original Ben Sherman shirt.”

Committee to consider safety in next phase of Valley Gardens project

Gigs of the week in Brighton: 2nd – 7th October