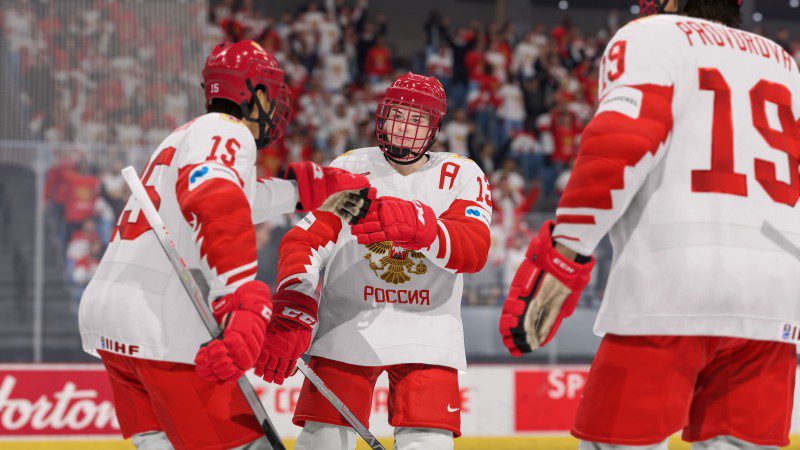 The Russian government is facing increasing pressure from the international community. UEFA and FIFA have already banned Russian teams from all national and European competitions. Now, the developer of famous sporting games like FIFA, EA Games, has also announced its intention to remove all Russian teams, national as well as local, from its games.

This is not the first time EA Games have taken this step to condemn an action of an individual or a country. Earlier this year, EA took action to remove Manchester United player Mason Greenwood, after the news of abuse towards his girlfriend broke out.

Football, as well as football games are very popular in Russia. Therefore this action from EA, although not crucial, will still make some residents of Russia uncomfortable. EA makes more games than FIFA, they also make NHL games. EA Made the decision to cut out Russian teams from these game series as well. Effectively, these two sports games are the only ones currently popular in Russia, so this action from EA is designed to affect people who play these games in Russia. It’s a symbolic gesture to show that the company stands with Ukraine and against the aggression of Russia.

If you’re the type of person who likes to watch football and bet occasionally, you might enjoy 22 Bet casino as well.

In the most recent edition of the game, Russian teams like CSKA Moscow, Lokomotiv Moscow and Spartak Moscow can be chosen and played with. Unfortunately for Russian fans, after the next update, that will no longer be possible.

Hockey is another popular game in Russia. Recently EA announced adding a feature of international competitions in their hockey games. So far, players could choose any international team, even Russia and Belarus to play against other national teams. After the Russian invasion of Ukraine, that will no longer be possible.

In case you didn’t know, Belarus has also faced many sanctions for their role in the war. In the first place, Belarus allowed the Russian army to Attack Ukraine from within their borders, which can be considered an act of war. Then the Belarus army doubled down and announced they would join Russian forces in their attack against Ukraine. For this reason, Belarus will also be cut out from NHL games by EA. Belarus did not have any teams in the FIFA 22 game, so they didn’t have anything to lose. Still, Belarus has come under fire from the international community. FIFA and UEFA have banned them from national competitions as well. And their clubs won’t qualify for any European championships in the upcoming seasons. Also, IIHF, the organization that handles international hockey competitions, has suspended Belarus and Russia from its competitions as well. And they moved the 2023 children’s hockey competition to outside of Russia. It was initially planned to be held in Novosibirsk.

Russia will also lose the opportunity to qualify for the 2022 World Cup. Their game against Poland was set to take place later this month, but the Polish team refused to play against them. Other national teams around Europe have taken a similar stance. Therefore, it’s doubtful that we’ll see the Russian national team in the World Cup this year.