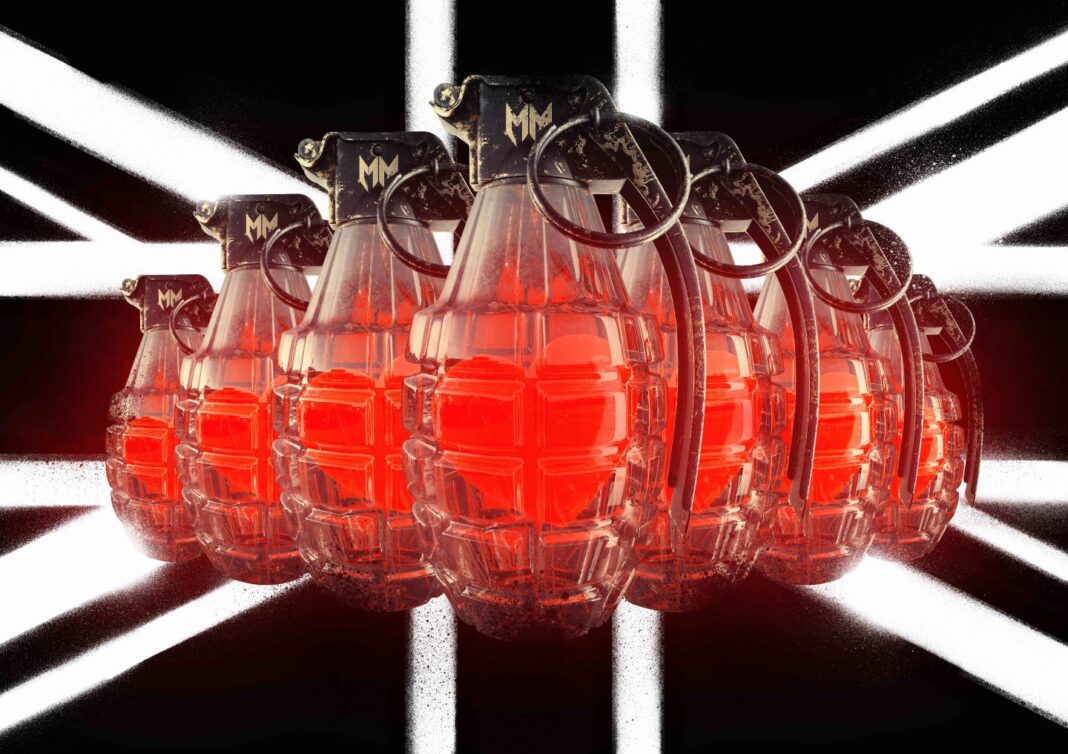 Maxim, best known as the MC from the iconic band, The Prodigy, is releasing a limited edition print exclusively at Brighton’s Enter Gallery.

Only 40 prints of this Maxim piece exist, all of which will go on sale at Enter Gallery at noon on Friday 14th August. 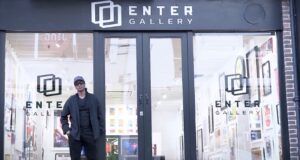 Maxim has become an artist in his own right since his days as an MC, putting on popular shows in both Los Angeles and London under the pseudonym, MM.

Now his work can be found in Brighton for the first time, starting with the exclusive Enter Gallery print called “Union Grenade”. It shows a group of grenades against a black and white Union Jack backdrop, with each of the transparent chambers illuminated by a glowing red heart inside.

The piece is a digital collaboration with WLS, which allowed Maxim’s vision to come to life without the restrictions of physically sculpting it. Maxim pushes those viewing his work to take on a new perspective with his use of themes including rebellion and the rise of the underdog.

10% of the profits from the Union Grenade print will go towards The Stephen Lawrence Charitable Trust, which runs programmes that help children from disadvantaged and underrepresented backgrounds succeed by both inspiring and enabling them to do so. This mission fits seamlessly with the prominent themes in Maxim’s work, particularly the idea of the rising underdog.

You can find more information about the Union Grenade print and a selection of other works by Maxim at www.entergallery.com.

How Modest Fashion is Trending: Style Ideas You Can Try