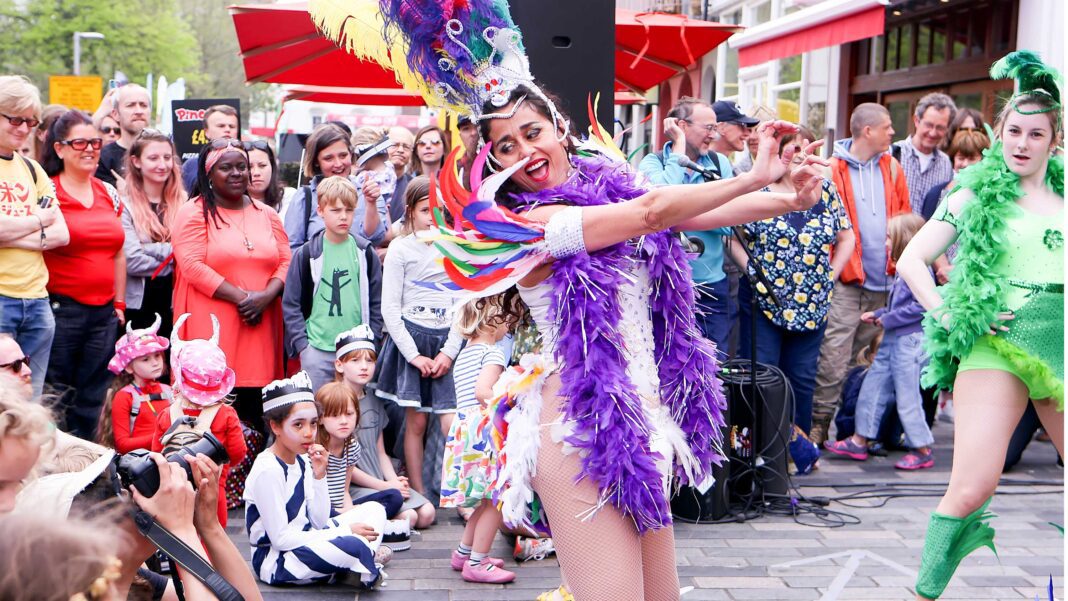 The First Release of Brighton Fringe events will be announced on Monday 6 December, featuring a comedy show from Paralympic, World Championship and European Championship dressage medallist Ricky Balshaw; Love and Money, a play by internationally-acclaimed writer Dennis Kelly (‘Taking Care of Baby’, BBC’s ‘Together’); and a return to the Fringe for award-winning comedy actress Joanna Neary with a show based on her hit comedy podcast ‘Wife On Earth’.

Julian Caddy, Brighton Fringe CEO, says: “Despite all the uncertainty around Covid at the moment, we have been overwhelmed with the response from artists wanting to take part in Brighton Fringe in 2022.  With this first release of tickets only slightly falling shy of pre-pandemic levels, we are really excited at the prospects for the coming year.”

Featured in the First Release is an early look at events taking place at long-time Fringe venues Komedia, Rialto Theatre and The Caxton Arms. Laughing Horse have also announced a programme bursting with top comedians at their four venues – the Caroline of Brunswick, The Walrus, The Quadrant and The Temple Bar. The Lantern @ ACT also returns with a strong programme of theatre, including ‘A Bit of A Carry On’ with ‘Darling Buds of May’ actor Tyler Butterworth telling the funny, moving and unashamedly nostalgic story of his much-loved parents, the nation’s first female TV impressionist Janet Brown, and the inimitable ‘Carry On’ star Peter Butterworth.

Alongside these are some venues taking part in the festival for the first time, including The Rotunda Theatre, whose 120 seat pop-up studio theatre will be setting up in Regency Square, showcasing high quality theatre in Hove. Stand-out shows include ‘The Ballad of Mulan’ by Edinburgh Fringe sell-out team Grist to the Mill and ‘The Trials of Galileo’ written and directed by Emmy award-winner Nic Young and starring Royal Shakespeare Company Regular Tim Hardy. Ironworks Studios are also taking part in Brighton Fringe for the first time, with a full programme to be announced over the coming months. Popular nightclub, Club Revenge, will be opening their doors as a Brighton Fringe venue for the first time too for ‘Queeriosity Cabaret’, a fabulously queer and camp night with drag, comedy and more!

The First Release also includes bursary winner Paler, Still, who have received support by the way of the Eventotron Bursary. The play, set in a near-future where the Western World has eaten itself into anonymity and another recession, is a new dramatic-comedy from anseo|anois theatre. Eventotron bursary winner Emma Reid says: “anseo|anois theatre are beyond excited to finally be bringing ‘Paler, Still’ to Brighton Fringe this year. It’s been a long road since we were awarded the Eventotron Bursary way back in 2020 and we’re so grateful to Eventotron for honouring this support despite the disruption of the pandemic. Bursaries like this one are invaluable to fledgling companies like ours, enabling us to be bold and ambitious storytellers even in the early stages of our careers.”

There are a number of bursaries still open to those wanting to take part in Brighton Fringe. Pride Brighton & Hove, Luke Rollason, South East Dance, The Pebble Trust and Ironclad Creative CIC are all offering a total of over £8,400 worth of support, ranging from mentoring sessions with industry professionals to covering registration fees and marketing costs.

Brighton Fringe regulars are returning to the festival too. This includes comedians Darren Walsh, Harriet Kemsley, Joe Wells, Lily Phillips, Nathan Cassidy and Nik Coppin, who is presenting five shows at Laughing Horse venues this year. Nik said: “I hope that after such an awful time for live comedy and entertainment, Brighton Fringe 2022 can get back to being the amazing Fringe it’s fully capable of being. I’d love to see full rooms of people enjoying my stand-up comedy shows and those of everybody else who is participating. I take part in the Fringe because there are so many delightful and intimate venues where I like to put on and watch shows. The audiences are always fantastic, but as lovely as they are, they can be challenging too, which keeps you on your toes.”

As well as this a number of award-winners are presenting work at Brighton Fringe 2022. ‘Clean! The Musical’ returns after winning the Outstanding Theatre Award at Brighton Fringe 2021. Viggo Venn is bringing some new material to the Fringe following his Best Comedy Award win in 2016 for ‘Zach & Viggo: Thunderflop’, and ‘Toxic’, winner of the Write for the Stage 2021 Award and an OffFest Award will be taking place at the Wagner Hall & Fig Tree Garden.

Have a #CuriouslyFringe experience at Brighton Fringe 2022: Friday 6 May – Sunday 5 June.