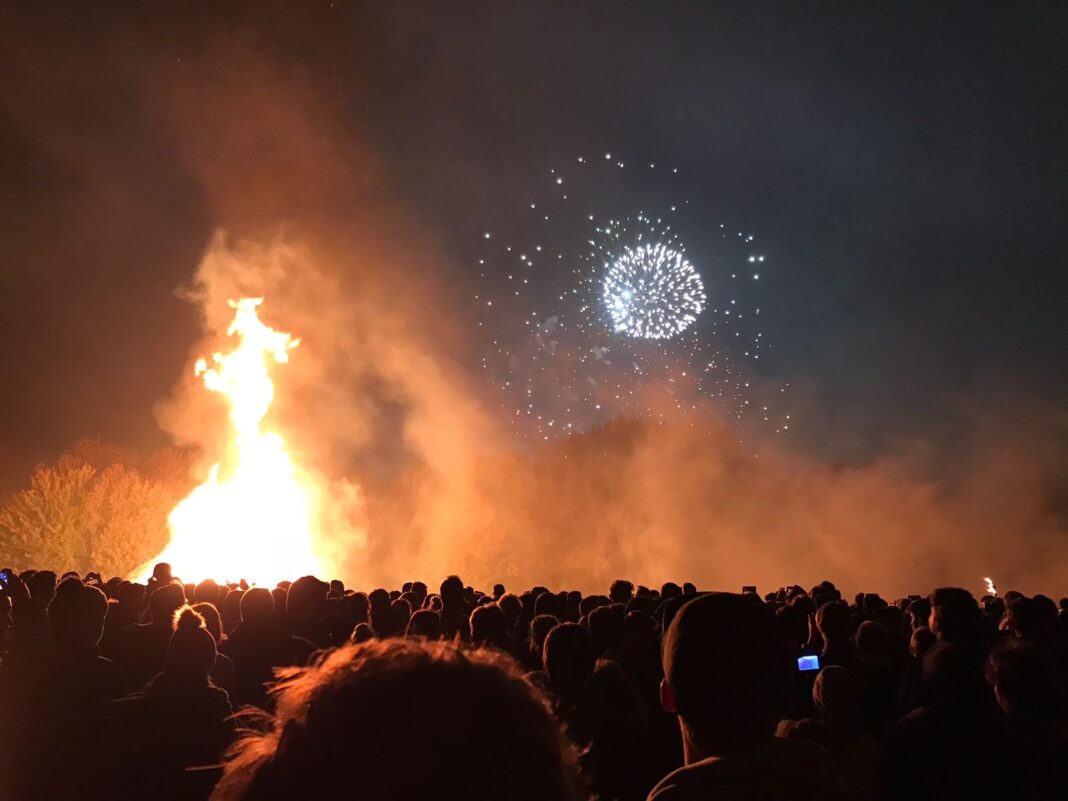 The quaint little town of Lewes just outside of central Brighton was lit up once again on Monday night, for their busiest night of the year… November 5th of course! Each year the streets come alive with locals, people from the surrounding villages, Brighton and even further. Lewes Bonfire night has long been ranked the biggest in the country! Many families take part in the tradition of walking in the parade. Wearing either the most beautiful fancy dress or the colours which represent their village and have done for centuries. It all began at 5.30pm with the childrens parade and as the night went on people lined the streets, filled the pubs and enjoyed, as many prossesions went down the main high street, eventually all grouping together. 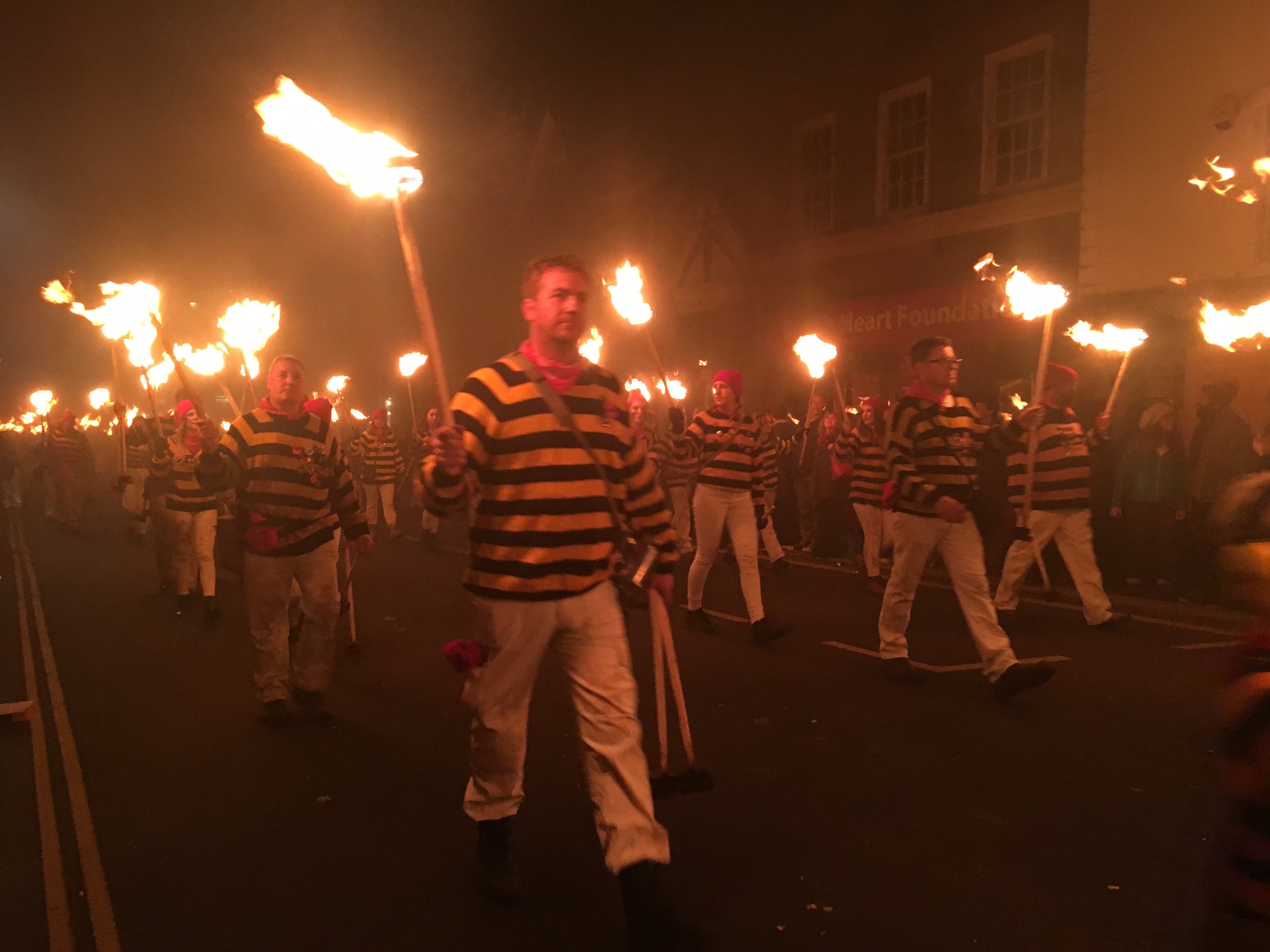 The parade was beautiful, each person contributing to the orange glow with their own tourch. But humour was also brought to the crowds through political satire, typical of Lewes’ Bonfire. Caricatures including Theresea May, Borris Johnson and Donald Trump were pulled along and boo’s, in full pantomime style, were intense as each of them came past! 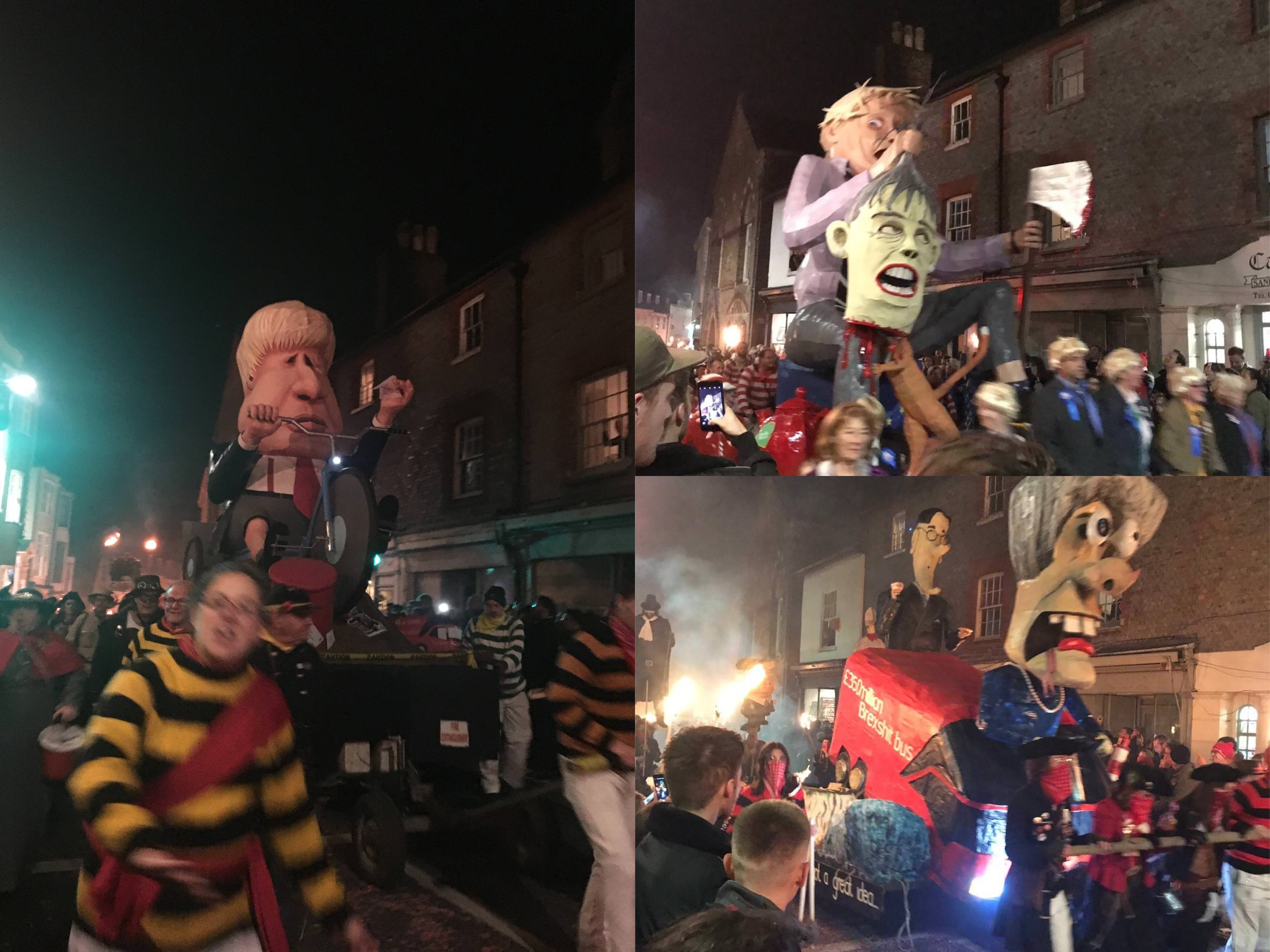 Borris can be seen to be riding a Borris bike and Thersea May is seeemingly crashing the Brexit Bus after Rees-Mogg is kicking her off the cliffs! 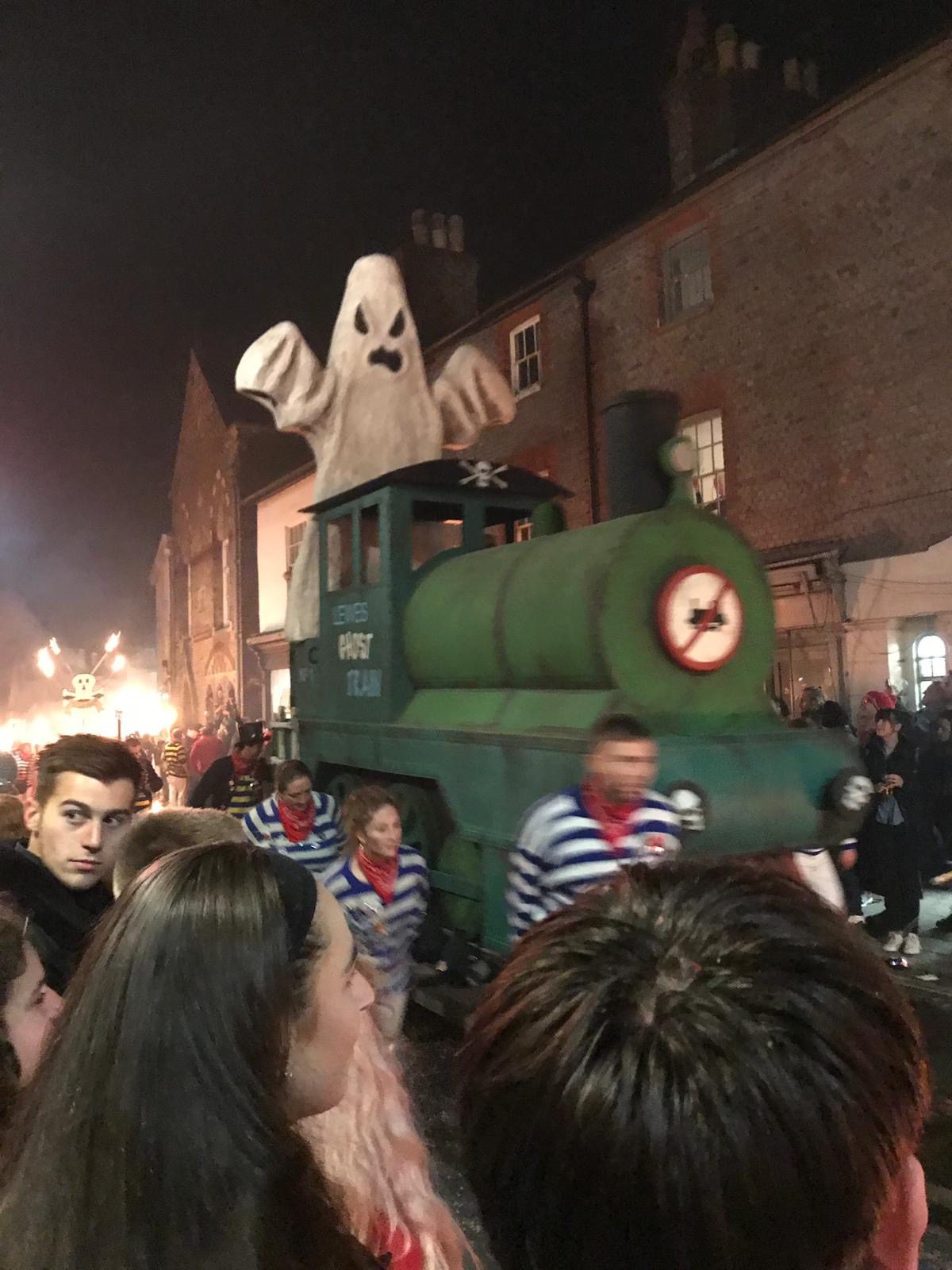 As well as that there was an effigy directed at Southern Rail, ‘The Ghost Train’ which I’m sure we all understand quite well! Overall a good laugh and a great way to make a statement about the powerful. 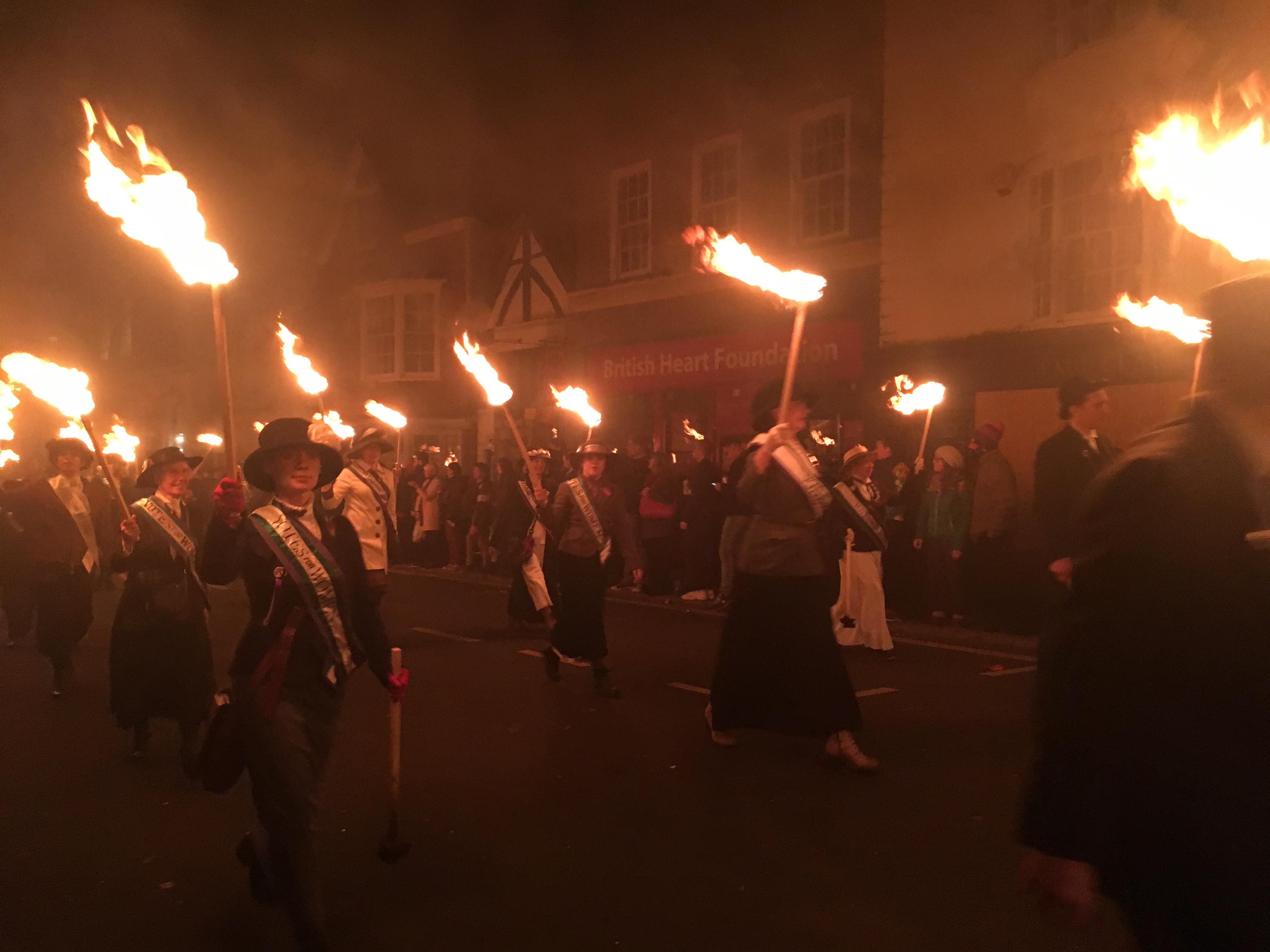 The crowds really got into the spirit clapping and bobing along as many different bands marched past and everyone cheered as a group dressed as Sufferagettes walked past! A real sense of unity and pride could be felt which was lovely. 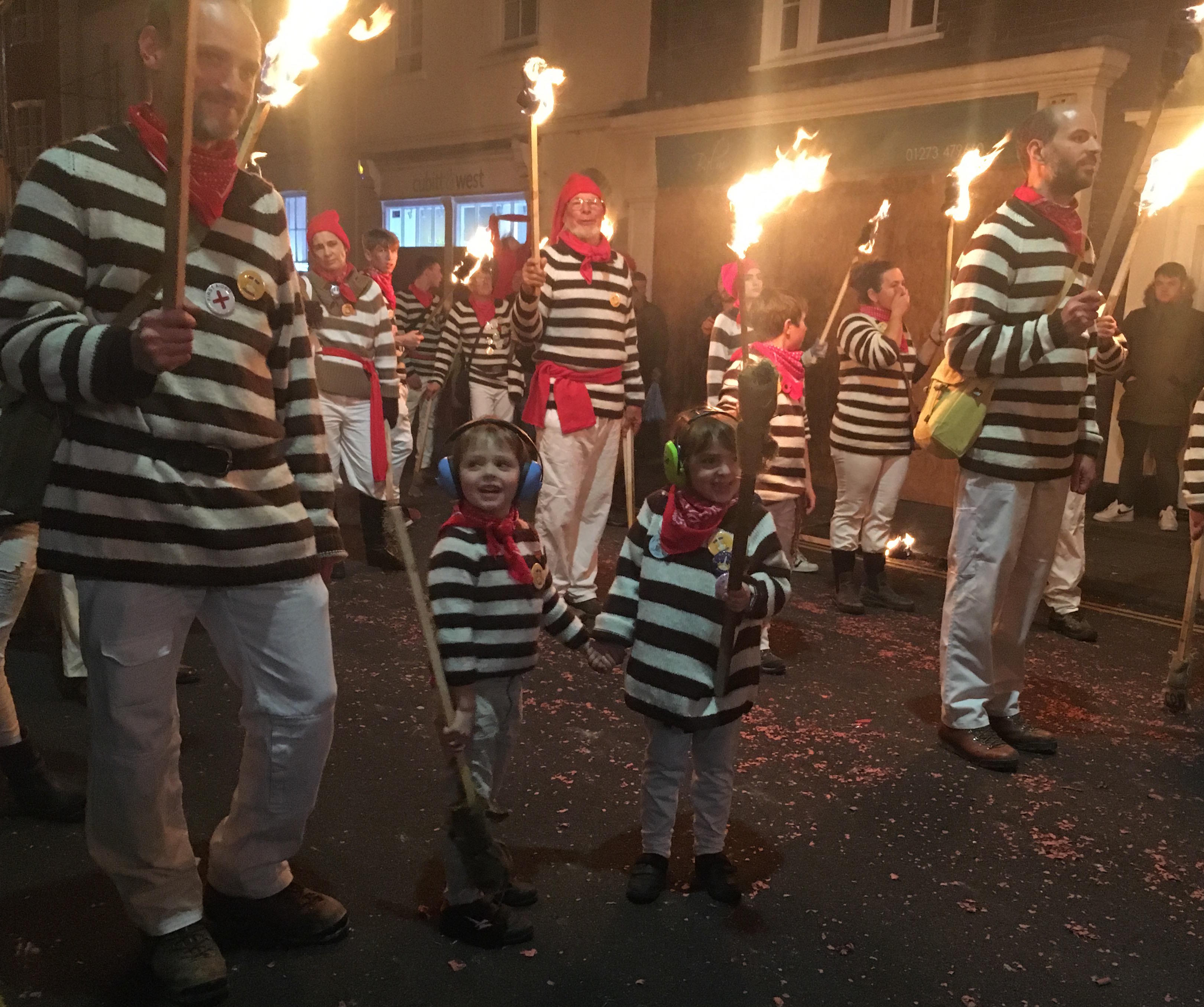 The parade feautured all ages, many little ones could be seen wearing protective ear pieces and safety goggles on their eyes but they did a tremendous job of holding their own torches and smiling as they did so!

The pubs all around Lewes were completely full, having to operate on a one in one out basis. There was also many stand alone stalls at which you could buy hot and cold beverages and food from! Many of the pubs also featured Harvey’s; a local brewery, special ale called ‘Bonfire Boy’ specially formulated for the occasion, it was extremly loved. The smokey flavour fitting the event perfectly! 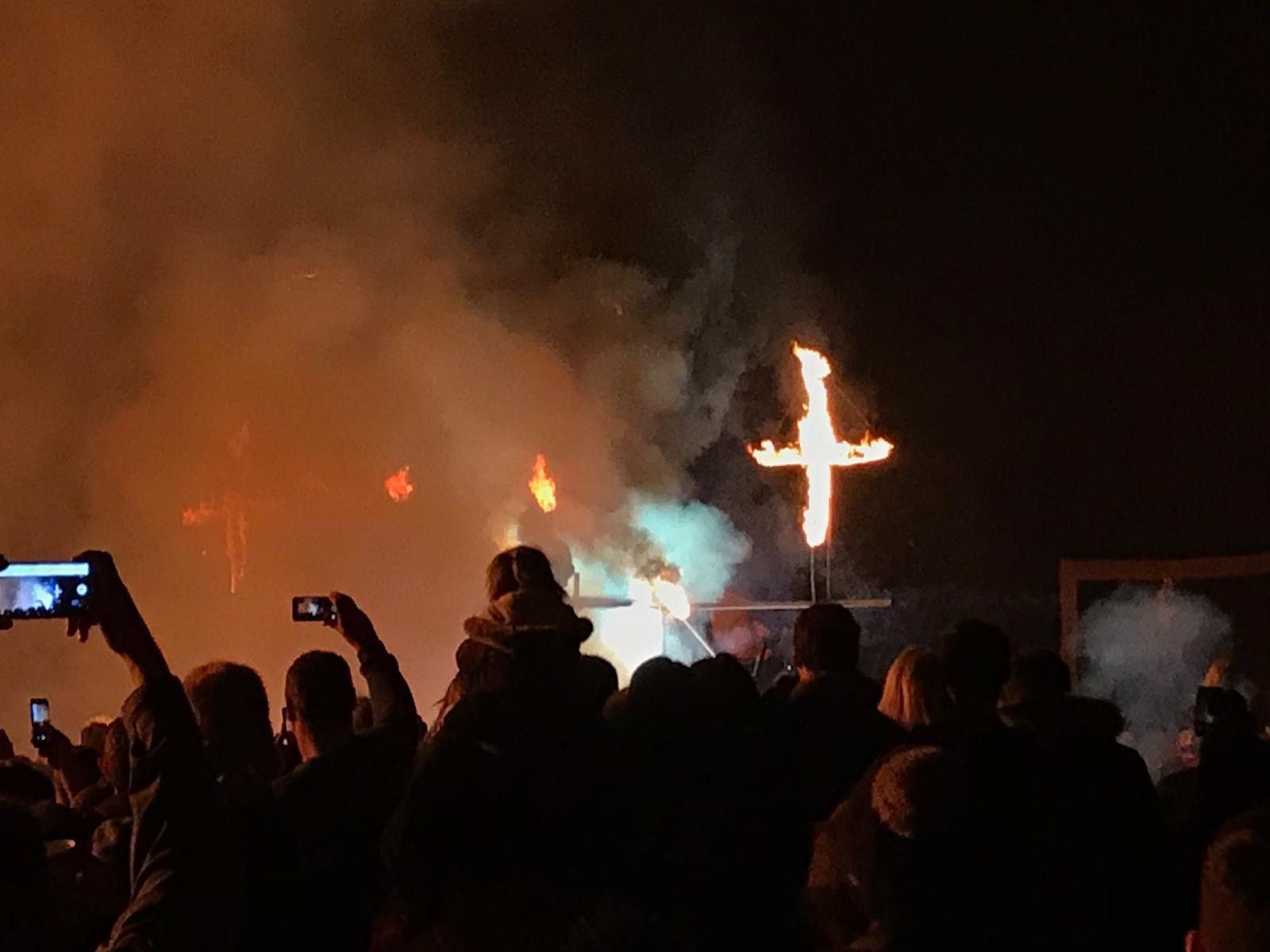 Unfortunately the event wasn’t without it’s controversy. The parade has reportedly used blackface as part of some of the societies costumes since the Second World war but today people widely acknowledge blackface to be discriminative. After debates last year there was a petition to keep Lewes bonfires traditions. However, the resolution was made by the organisers that no one would continue this particular practice in the parades as they deamed it racist. This year tensions rose a fresh when a mother dressed her child up in blackface for  a pre-bonfire celebration. On the night there was a very small minority of people who were still in blackface. That wasn’t the only issue either, a cause for concern on Twitter was the use of bangers in the parade. There were bangs every few minutes on the night but there never seemed to be any real danger. However, bangers have supposedly been banned for the past few years after an incident occured where someone got one in the eye. There was rumours of one young boy being singled out and arrested for throwing one on the night but ultimately there was too many to count! Since the event it has been said 70 people were treated for minor injuries. 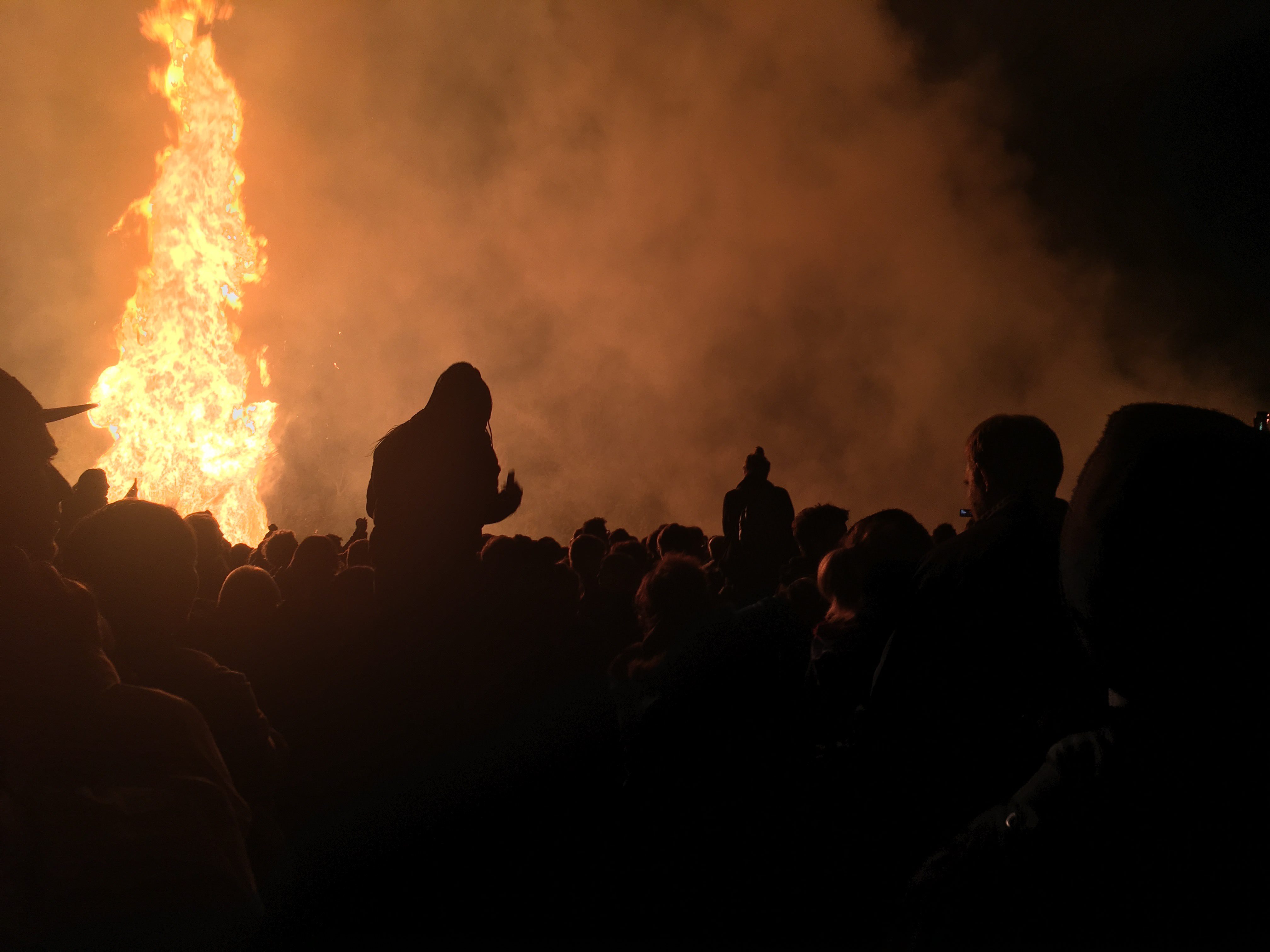 Once the parade finished everyone made their way to various bonfire sites to watch the exhilarating display of fireworks, oh and of course for the caricatures to be thrown onto the flames! It was toasty as heat from the enormous bonfires reached far into the crowds and spirits were high, many grabbing a bite to eat or another beer to watch, in awe of the lovely displays. 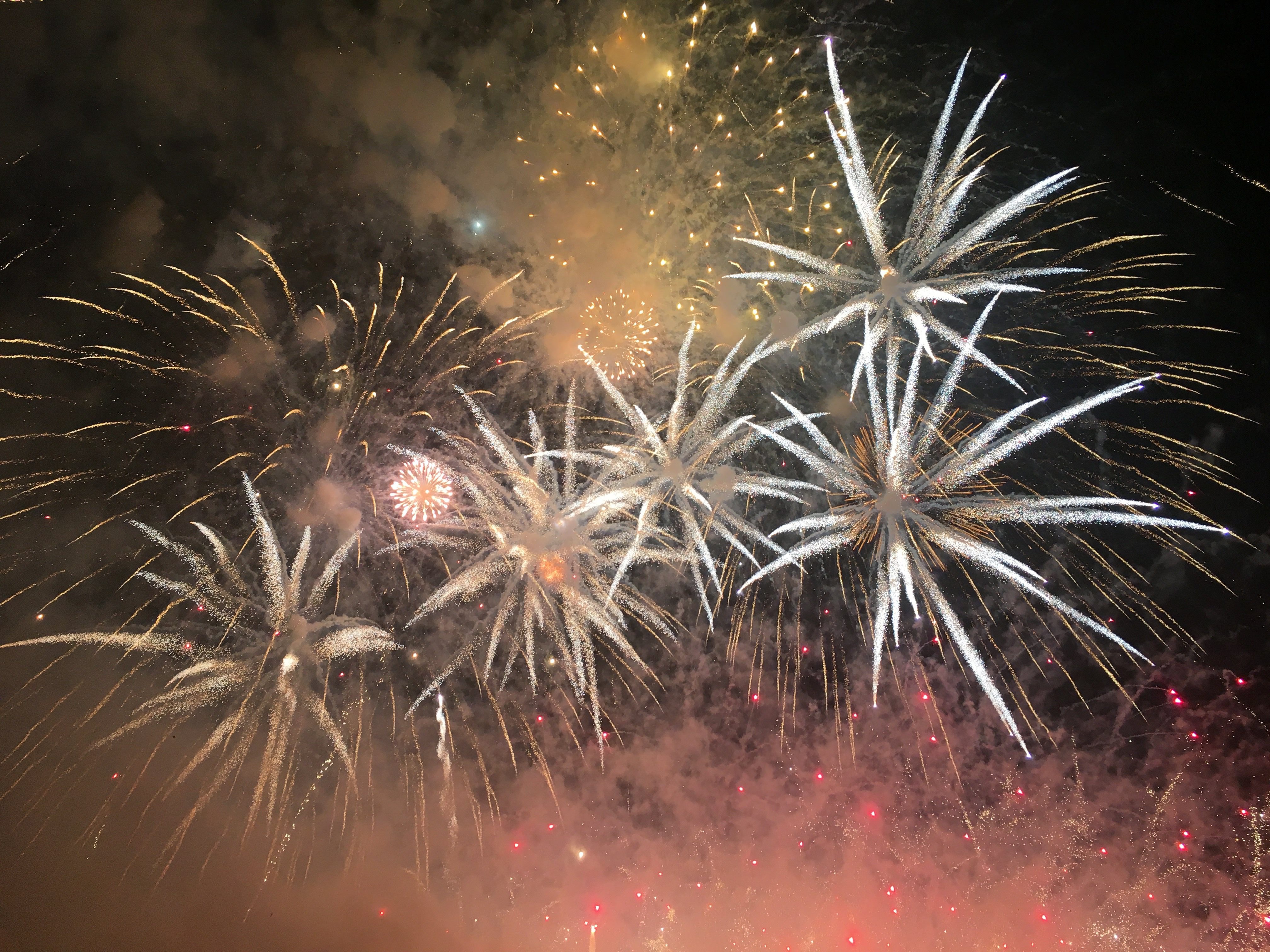