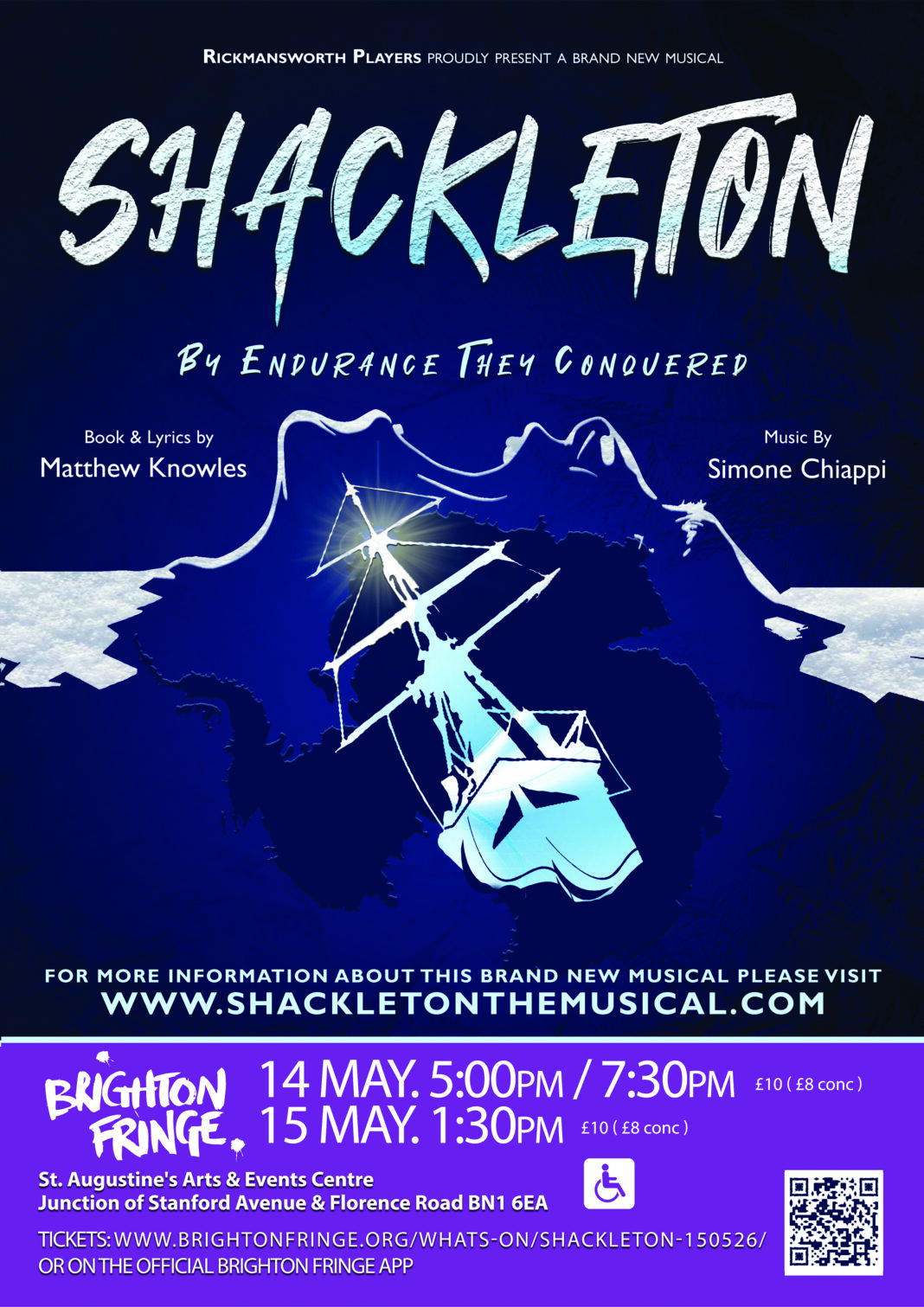 A new musical telling the extraordinary true story of Sir Ernest Shackleton and his crew will be watched by his granddaughter at the Brighton Fringe this weekend, just two months after his lost vessel, the Endurance, was found in Antarctica.

The Hon. Alexandra Shackleton succeeded her father, Lord Shackleton KG OBE PC (1911-94), younger son of the explorer, as President of the James Caird Society and is looking forward to seeing this innovative musical performance of his story.

In 1914, the explorer Shackleton led the Imperial Trans-Antarctic Expedition to cross Antarctica via the South Pole, but their ship became stuck in pack ice and was slowly crushed. Stranded on the ice in the middle of the Southern Ocean for over a year with no way to get a message home, Shackleton and his crew set out on their epic tale of survival against the odds.

The musical ‘Shackleton’ was conceived and written by Matthew Knowles and Simone Chiappi of the performing arts group Rickmansworth Players and uses the power of theatre to bring the audience into the lives, loves and camaraderie of the crew, as they endure the ultimate test of the human spirit.

Rickmansworth Players are pleased to be performing the musical at the St Augustine’s Arts and Events Centre on Saturday 14th May (5pm and 7.30pm) and Sunday 15th May (1.30pm). Tickets are available from the Fringe box office https://www.brightonfringe.org/whats-on/Shackleton-150526/ and more information about the musical can be found at www.shackletonthemusical.com