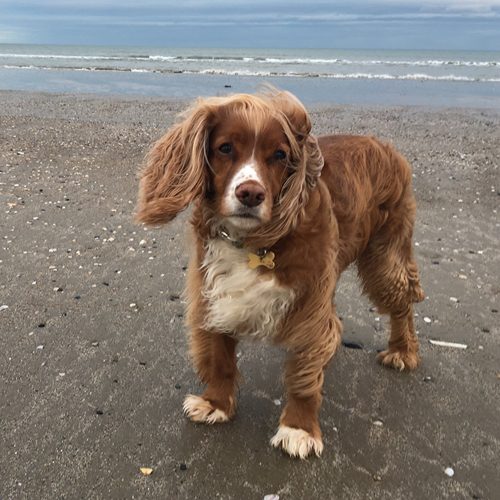 A family dog that was snatched from a front garden eight years ago has been found and returned. Written By Luke Pollitt

Officers from the Sussex Police Rural Crime Team managed to track down Cassie the cocker-spaniel, who was found alongside a number of puppies who are thought to be hers.

A spokesperson for the family said: “We are so thankful to have our Cassie back home, after 8 years since being separated from her.“As for the three puppies, they have all gone to good homes and are loving their new set family life.”

Following a tip off from a member of the public, officers conducted raids with the RSPCA and trading standards in an effort to locate the stolen pup.

Inspector Oliver Fisher of the Sussex Police Rural Crime Team said: “As is often the case, it was useful information from the public that assisted us, and we are grateful to them as ever for coming forward.”

The family added: “It’s a priceless Christmas present to us as a family and we want this to bring hope to others who have had their dog lost or stolen. Finally, we would like to thank the Police, and everyone involved in helping us retain Cassie and her puppies back to us.”

According to the Governments Pet Theft taskforce report, around 2,000 dog theft crimes are reported to Police in England and Wales each year. Between 2019 and 2020 the theft of dogs rose by 3.5%, despite an overall drop in theft offences.

Inspector Fisher said: “Dogs can go missing on occasion, but it is extremely rare for dogs to be stolen. I would like to reassure the many thousands of dog owners in the county that with simple precautions, you need not fear this crime.

“I would encourage all dog owners to microchip their dogs, keep an up-to-date photo of the dog, and in the event that it goes missing, inform the microchip company and supply the police with a photo.”

According to a leading online marketplace, puppy prices soared during lockdown, more than doubling, with a dog costing on average £1,900 and popular breeds reaching around £3,000. On the pet marketplace website Pets4homes, here in Brighton a cocker-spaniel pup costs an average of £1,000.

Inspector Fisher further said: “The inflated prices of puppies has resulted in unscrupulous individuals breeding dogs purely for profit. I would urge anyone considering buying a puppy to think carefully about who they buy from.”

A spokesperson for the RSPCA said: “”The demand for pets has surged in recent years, particularly during lockdown and, as such, it appears that pet theft has become rife. Therefore, we’d urge owners to take some simple steps to help keep their dogs safe such as getting your pet microchipped and keep your details up-to-date or getting your pet neutered to make them less desirable for breeding.