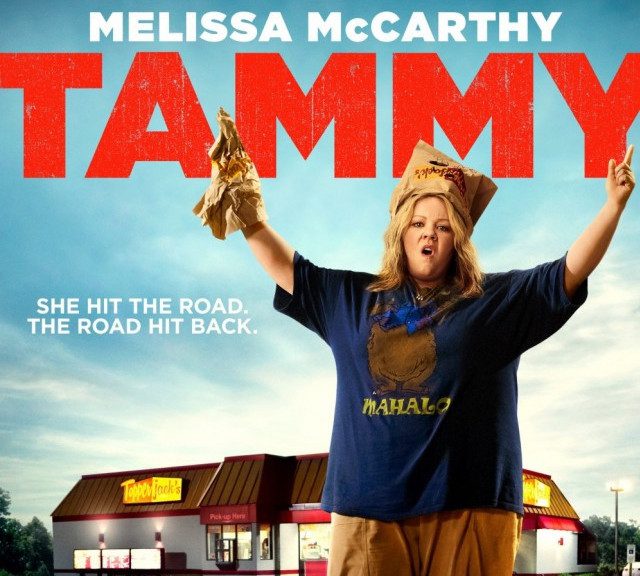 As part of the current COVID limited film industry, the streaming giants are not only releasing newer films, but also re-promoting some older yet fan favourite productions that will draw the audience in. Last month courtesy of Netflix, they made the recent classic 2014 comedy feature ‘TAMMY’ available to watch.

A personal project that never reaches the heights of her earlier blockbusters, ‘Tammy’ is the joint creation of Melissa McCarthy and her husband Ben Falcone who also serves as co-writer and director, which is possibly the key factor behind this film’s ability to be greenlit in the first place. McCarthy, due to her having excelled in memorable roles in ‘The Heat’, ‘Spy’ and most notably ‘Bridesmaids’ has enough industry clout to make this film, and its successes are mostly down to her portraying her archetypal character who is brash, loud and abrasive on the outside yet shows an underlying vulnerability due to her exterior hiding a need for love and belonging beneath. This nuanced role where she finds depth and emotional connection to the audience is her hallmark and freedom here makes the character and the overall production enjoyable if nothing else.

The story opens with McCarthy’s Tammy have the day from hell as she both hits a deer (a throwback to the role that discovered her in TV’s Gilmore Girls) and also gets fired from her job in fast food before breaking down and walking the distance home to discover her husband’s affair with her neighbour. A serial drama addict, Tammy threatens yet again to run away from home only this time she means it and after deliberation takes her grandmother (played by Susan Sarandon) and $6700 on a wild ride with surprising consequences, twists and blossoming relationships that is bumpy both in narrative and viewing experience with Jet-skis, robberies, jail time and constant screaming matches all part of the journey.

Where this movie slips up is in the utilisation of its star cast, including Sarandon, Sandra Oh of Grey’s anatomy fame and Kathy Bates which with them all starring truly speaks to the power and image that McCarthy has been able to create for herself, yet their parts often fail to be provided the spotlight to actively improve the film and instead merely serve as fodder to the storyline. Furthermore, Sarandon is only old enough (24 years!) to convincingly be Tammy’s mother and therefore suspension of reality is needed to further enjoy this film although you could argue that this is a common trope of many comedy movies.

In addition, Falcone in his directorial debut makes many questionable technical choices which highlight his inexperience with certain camera angles, shots and cuts being particularly rough and on occasion disrupting. This is only increased by the plot holes in the shared script which while excusable for a first time attempt also doesn’t take into account the effect improvisation had on the end product with reports stating Falcone heavily encouraging the cast to ad lib and create their own moments, this almost begins to show how this film represents more of a personal project between two comedians and now filmmaker/actors rather than the major motion picture it was intended to be.

Now you can’t ignore the fact that this is still quite an enjoyable film, Melissa McCarthy is never anything short of an entertainer and her grasp of her own characterisation while still finding the right balance between dramatic and comedic keeps her work feeling fresh and engaging. There is even an entertaining hit of social commentary with the character’s ability

Is The Cinema at Risk? A Post Pandemic Prediction