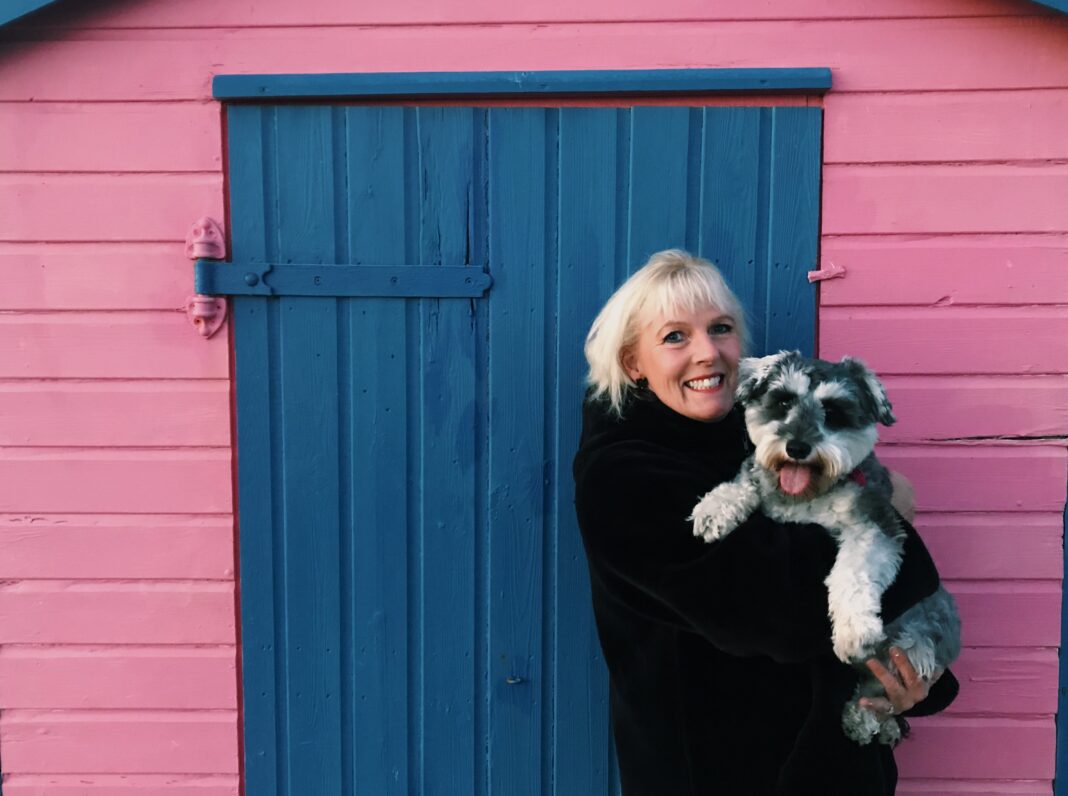 Brighton Journal is back with another edition of Humans of Brighton, the feature that focuses entirely on interesting and unique people in the city.  This Sunday, we caught up with Jacky, an English teacher, walking her miniature schnauzer, Suki, along the seafront at sunset.

Hi Jacky! What brings you to Brighton?

I actually live in a small seaside town just outside of Brighton, but I love to shop in the Lanes and walk my dog on the beach here! I think dogs are allowed on all beaches in Brighton in the quieter seasons, it can be so peaceful later on in the evening.

I don’t think Brighton Journal has ever featured a dog before! Could you tell us more about Suki?

Suki is a miniature schnauzer, she’s nearly a year and a half old but acts like she’s still a spoilt puppy! She loves running along the beach (and picking up everything she knows she isn’t allowed to eat). I’ve always had dogs, and after we lost our two little yorkies two years ago I just had to get another one. I missed the company in the house too much.

What inspired you to call her Suki?

I’d actually never heard of the name before, my daughter chose it. I think it’s Japanese and means ‘little love’.

What is your favourite thing about Brighton?

I love the sense of community in the city. I did the Brighton half marathon a few years ago and couldn’t believe the amount of support people would give you as you ran through the streets. I cycle from where I live down to Brighton every year to watch it again and support my friends who do it. The city feels so electric at events like that! Also I don’t think anything beats the smell of donuts on the pier, my daughter got attacked by seagulls when we bought a bag of them in the summer it was hilarious, but they can be beasts!

Is there anything you’d like to see changed in the city?

The amount of people living on the streets really upsets me, especially as it’s getting colder now. I’m sure there are lots of organisations doing as much as they can to help them, but I think more could be done, it doesn’t seem fair. So much money goes into pointless structures and  tourist events when some of these people just need a little bit of financial help to get their lives on track. That’s all I could say really.

We then let Jacky and Suki get on with their beach walk whilst the sun began to set.