Home Lifestyle Beauty The Journey Of A Miss GB Finalist 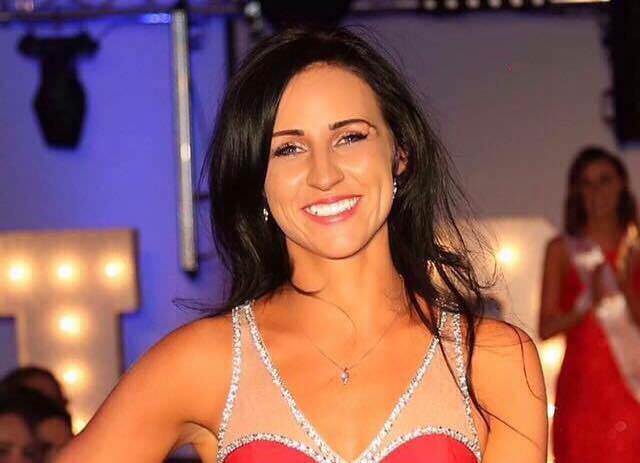 After recent controversy surrounding the longest reigning pageant in the United Kingdom, I spoke with a Miss Great Britain finalist about her beauty pageant journey so far. Lucie Richardson has her hands full working as a waitress and Zumba instructor whilst raising two young children and preparing for the Miss GB final.

The 26 year-old from Southwick only started participating in pageant competitions last month and since has become a success. “I took part in Miss Brighton and came third, I won Miss Publicity and Miss Personality.” As she won Miss Publicity, Lucie was put through as a wildcard as a chance to get into Miss Great Britain.

Following this were the regional heats, deciding between each region which girl should go through. Lucie said “The day we were meant to find out I kept checking my emails and I thought I should just forget about it because I’m not going to win.” However, much to Lucie’s surprise she won and will be competing in the most popular pageant in the UK.

Lucie opened up for the first time about her journey which hasn’t always been smooth sailing, quite the opposite in fact – “When I was a young girl I had an eating disorder and was constantly comparing myself to celebrities. I have tried to get better but always struggled with confidence and self-esteem.” Determined to get better she saw a counsellor and after having children, it turned her life around – “Being a mum has inspired me to get past that confidence issue, because I want them to grow up with someone to look up to.”

When applying for local beauty pageant Miss Brighton she ceased the opportunity, knowing that this could go two ways regarding her self-esteem. Lucie said “I’ve been bullied my whole life and to do this my partner was really worried, he said he didn’t know if he wanted me in that situation again.” However, the pageant world has been massively beneficial for her confidence and she addressed those with a negative outlook on the world of beauty – “I think people have a distorted view on pageants, for me and a lot of the girls it’s given us confidence and the inner strength to not care about what other people think.”

Zara Holland, the 2015 winner of Miss Great Britain recently caught the worlds attention when her title was stripped after having sex on ITV’s reality show Love Island. This has caused uproar, questioning whether womanhood and solidarity can run parallel with one another. As a Miss GB finalist, Lucie responded to the dispute; “I feel sorry for her, she is just a young girl that made a mistake. But I agree with Miss Great Britain, I think they had a hard decision to make and they made the right one.”

The Miss Great Britain’s 71st final will be taking place in Leister this year on the 23rd September. Lucie is hopeful to win but overwhelmed to have even made it this far – “I only did it for the experience and to meet other girls. To come this far, I still cant believe it.”

The young mum has said that winning would “mean the world to me.” Lucie revealed her plans if she was crowned this years winner – “I want to be a role model, to inspire other women of all ages to believe in themselves.” She also expressed that “it would be nice for a mum to win it because I don’t think its just about inspiring but about having someone you can relate to as well.” Ultimately her aim is to empower women and to be a source of advice and someone to confide in.

Lucie raises money for Global make some noise, a charity supporting disadvantaged young people with illnesses or disabilities. She has already raised money in Costa Blanca by holding a charity Zumba class, with many more projects planned for the near future. For more information visit www.makesomenoise.com

Artist of the Week: Catriona Millar