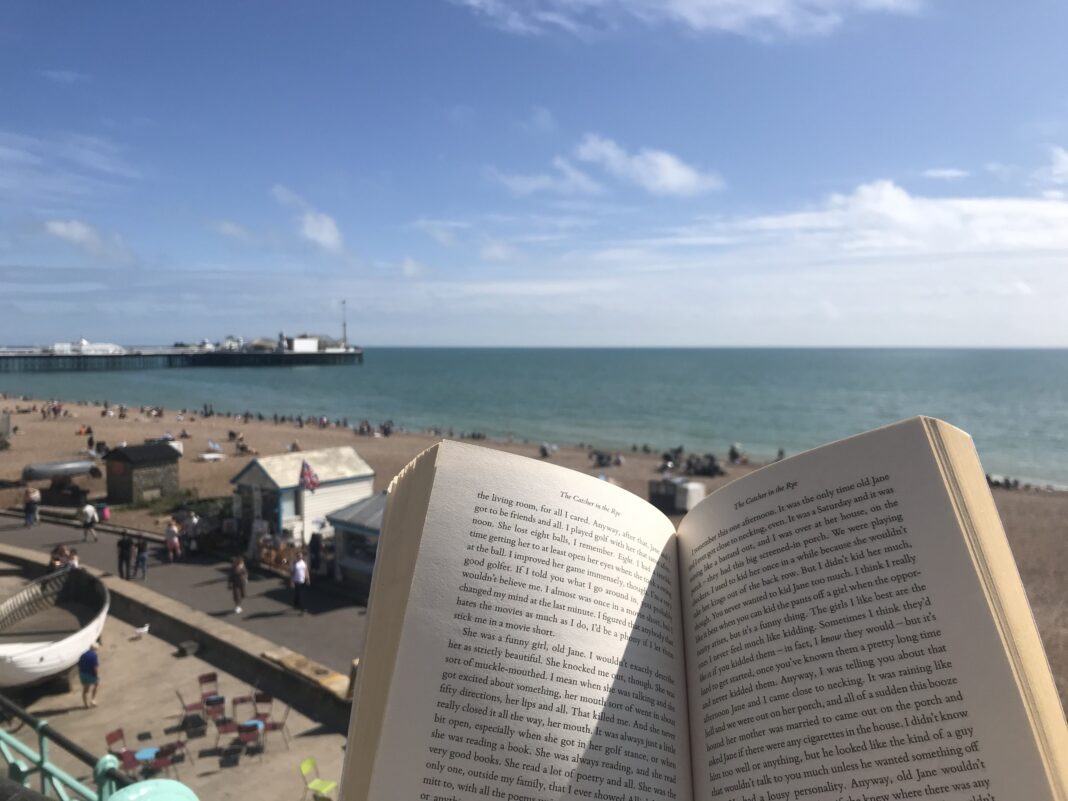 Looking for page turners to take down to the beach this summer? We have got you covered on the hottest timeless classics, autobiographies, dystopian fictions, feel-good romances and much more. Here’s our top ten beach-day companions.

This intimate memoir by the former First Lady of the United States, Michelle Obama, recounts her journey to becoming one of the most influential advocates for women and girls around the world. It traces both her private and public life, following her childhood on the South side of Chicago through to her role in the White House. This deeply personal recount acknowledges scrutiny she received from the media, and instead tells her empowering story in her own words.

Everything I Know About Love by Dolly Alderton

Former Sunday Times dating columnist Dolly Alderton has compiled her experiences of bad dates, falling in love, messy nights out, finding a job and getting dumped. Hilarious and moving, Alderton’s story about the trials and triumphs of growing up has received stellar reviews since its publication in 2018. You will not be able to put this one down.

Based on a true story, this semi-autobiographical novel recounts Roberts’ story as he escapes from Australian prison and starts a new life in India. He finds himself in a Bombay slum, where he sets up a free healthcare clinic but also becomes a money launderer, before getting thrown back into an Indian jail. Written firsthand by Roberts during his time in jail, it’s a thrilling story of love, life and disparity.

Marianne and Connell both grew up together in the same rural town in Ireland, but could not be any less alike. While Marianne might call herself a bit of a loner, Connell is wildly popular and well-liked. Their story truly begins when they both attend Trinity College in Dublin, and embark on a tale of romance that sparks change in each other’s lives. Normal People is the breath of fresh air romantic fiction needed.

In a House of Lies by Ian Rankin

Rankin’s protagonist, Detective John Rebus, has become one of the most well-known British crime characters. Join the detective as his retirement is once again interrupted when skeletal remains are identified as those of a private investigator. This highly acclaimed novel is a gripping mystery that uncovers hidden secrets, corruption and consequence. If you are a lover of crime books, this is the read for you.

Published in 1949, this dystopian novel is set in the imagined future of 1984. Orwell’s narrative explores the risks of repressive totalitarianism in society. This political fiction is still as refreshing as ever. It is a timeless classic that you have no doubt been recommended countless times before. Take this as a sign to finally crack it open, or even give it a re-read.

In the foreword to Mythos, Fry insists that the Greek myths should be accessible to everyone rather than just those with a classical education. In his stunningly modern retelling, Fry gives these extraordinary myths a contemporary human relevance. Best thing about it? If you are looking for a book you do not have to read cover-to-cover, this is one you can pick up and put down with ease.

Veronika’s seemingly desirable life is punctuated by an underlying void that leads her to attempt suicide. She is stunned when she wakes up in Villette, discovering that though the overdose did not end her life, it did leave her with a lasting heart condition. Realising she has nothing to lose, Veronika finds friendships, love and a newfound fascination in life itself. In this spine-tingling novel, Coelho tackles questions such as “what am I doing here today?” and “why do I go on living?”

Oranges Are Not The Only Fruit by Jeanette Winterson

This book tells the true story of the author, Jeanette, as she grows up in rural Ireland, seemingly destined to become a missionary for the Catholic church. The course of her life changes when she falls in love with one of her converts. Finding herself in love with a woman at the age of 16, Jeanette uproots herself from the church, her home and family. A moving story of love, loss, sexuality and self-discovery.

The Power by Naomi Alderman

From award-winning Naomi Alderman comes The Power, a thrilling tale in an alternate reality where women possess the power of electricity, which they emit through their hands. The historical fiction traces the experiences of five protagonists as they navigate their new world where women hold power. The Washington post praised the novel as “one of those essential feminist works that terrifies and illuminates, enrages and encourages.”