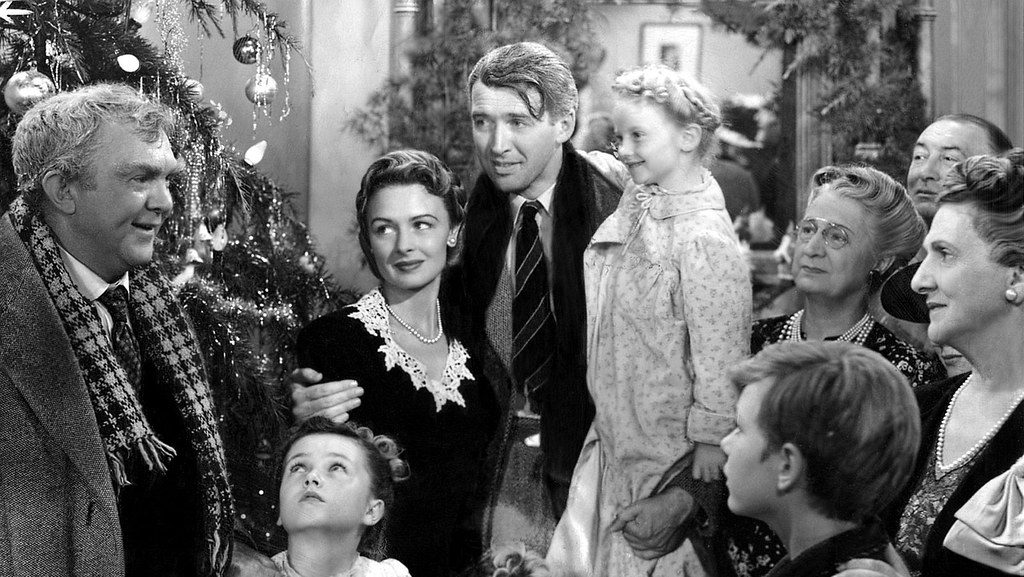 Over the festive period, nothing beats settling down to watch your favourite Christmas films. Whether it’s shedding a tear over a heartwarming old Hollywood classic like ‘It’s a Wonderful Life’ (1946) or cheering on Bruce Willis as Detective McClane in blockbuster-stroke-Christmas-film ‘Die Hard’ (1989), there’s surely a film out there that warms even the Scrooge-like of spirits.

The wonderful selection of cinemas in Brighton are offering an array of exciting showings in the run up to Christmas. Not only is there the chance to see hotly anticipated new releases but also some brilliant old classics. We’ve created your go-to list of the best showings on during December along with a description on each of the films so you can plan your cinema trip ahead.

The long-awaited sequel to Disney’s Frozen is here! Set three years later than the original, the film begins when a mysterious voice calls Elsa (Idina Menzel) from the north, setting in motion a voyage of self-discovery that ropes in all our favourites from the first film – plucky Anna (Kristen Bell), Olaf the cheerful snowman (Josh Gad), Kristoff the iceman (Johnathan Groff) and his hygienically challenged reindeer, Sven. Following the success of the first film, this sequel is sure to be a fun, festive treat for the whole family.

When: In cinemas now! For showtimes and tickets click here.

The reviews might not be praising this sugar-coated Rom-com written by Emma Thompson and starring Emilia Clarke but it sparkles with the promise of Christmas cheer, complete with a soundtrack of some of George Michael’s much loved songs. Find out for yourself by heading to Cineworld at Brighton Marina or Odeon. Kate (Emilia Clarke) harumphs around London, a bundle of bad decisions accompanied by the jangle of bells on her shoes, another irritating consequence from her job as an elf in a year-round Christmas shop. Tom (Henry Golding) seems too good to be true when he walks into her life and starts to see through so many of Kate’s barriers. As London transforms into the most wonderful time of the year, nothing should work for these two. But sometimes, you gotta let the snow fall where it may, you gotta listen to your heart… and you gotta have faith.

When: Out now! Check out Odeon or Cineworld website for showtimes and tickets. 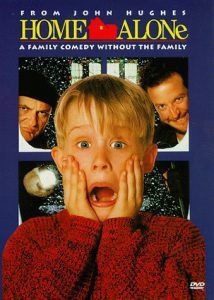 Everyone’s favourite classic is making a return in a double-bill showing of both films at Duke of York’s Picturehouse. When eight-year-old Kevin (Macaulay Culkin) is accidentally left home alone for Christmas, he devises ever-more ingenious ways to thwart the efforts of two bungling burglars, the Wet Bandits (Joe Pesci, Daniel Stern).

In Home Alone 2, set one year later, Kevin and his family decide to jet off for a winter holiday. This time Kevin actually makes it to the airport – only to get on the wrong flight. Stranded in New York City with just his wits and his Dad’s credit card, the tough little tyke is confronted by a pair of familiar foes… 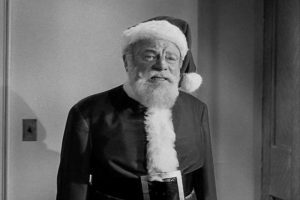 When Macy’s department store needs a replacement Santa in a hurry, event director Doris Walker (Maureen O’Hara) thinks she has found the perfect candidate. In fact, to her increasing dismay, he’s a little too perfect: not only does he insist that Christmas cheer and goodwill are more important than sales figures, but he also says that his name is Kris Kringle and that he’s the real Santa Claus. Children all seem to adore him – including Doris’s own daughter Susan (Natalie Wood) – but his behaviour eventually lands him in mental hospital. Is Kris really who he claims to be? And is it really so insane to behave according to the spirit of Christmas? Mystery and magic abound in this delightful family film, surely one of the greatest of all Christmas movies. 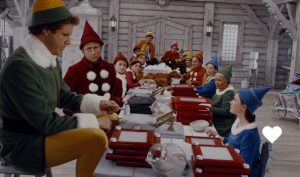 One Christmas Eve, a small baby at an orphanage crawls into Santa’s bag of toys and is accidentally carried back to Santa’s workshop at the North Pole. There he’s raised to be an elf, but as he grows to be three times bigger than everyone else it becomes clear that Buddy (Will Ferrell) will never truly fit into the elf world. One holiday season, Buddy finally decides to find his real family, and sets off for New York City to track down his roots but soon he finds himself as much an outsider there as back at the North Pole. In fact, everyone in New York seems to have forgotten the true meaning of Christmas, and so Buddy takes it upon himself to win over his family, realise his destiny, and save Christmas. Don’t miss Komedia’s showing of this hilarious Christmas classic that never ceases to get old. 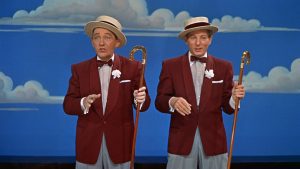 The iconic White Christmas tells the story of two talented song-and-dance men (Crosby and Kaye) team up after the war to become one of the hottest acts in show business. It is a treasure trove of classical musical numbers, among them ‘Count Your Blessings Instead of Sheep’, ‘Sisters’, ‘Blue Skies’, and the beloved ‘White Christmas’. At this special screening the lyrics to the songs appear on screen for you to join in – what more could you possibly want to warm your spirits on a cold December afternoon?

When: Friday 13th December, 11am. For tickets click here. 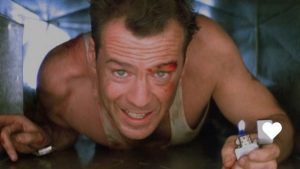 New York City cop John McClane (Bruce Willis) travels to LA to spend Christmas with his estranged wife (Bonnie Bedelia). His first stop is the office Christmas party at Nakatomi Plaza, where his wife works. But terrorist Hans Gruber (Alan Rickman) turns up with some hard-core mayhem in mind, leaving McClane alone in a vest, sans shoes, to save the day. What follows is some of the best and most iconic action cinema ever to have come out of Hollywood, and will send you off into the night with a very unique Christmassy feeling.

The Nightmare Before Christmas: Dukes at Komedia 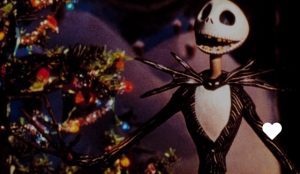 Can Christmas be saved? Bored with the same old scare-and-scream routine, Jack Skellington, the Pumpkin King of Halloween Town, longs to spread the joy of Christmas. But his merry mission puts Santa in jeopardy and creates a nightmare for good little boys and girls everywhere! Check out this spooky showing at Komedia this Christmas.

The Skywalker Saga comes to an end with a spectacular Star Wars Triple Bill! Re-live the events of ‘Star Wars: The Force Awakens‘ and ‘Star Wars: The Last Jedi’ on the evening of the 18th before watching the first public show of the long awaited ‘Star Wars: The Rise of Skywalker‘ at 00:01 on 19th December. The unmissable final instalment charts the end of Rey’s journey and will be available to see in all cinemas in Brighton just in time for Christmas – so take your pick!

When: 19th December, starting from 6pm. For tickets click here. 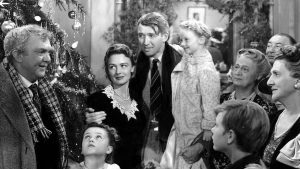 Is it even Christmas until you’ve watched ‘It’s a Wonderful Life’?  One of the most popular and enduring films ever made, Capra’s film is a gloriously sentimental testament to homely small-town moral values. Masterfully crafted, the film opens with angels discussing George Bailey (James Stewart), a man so beset with problems that he contemplates suicide. As George prepares to jump from a bridge, his guardian angel Clarence Oddbody intervenes and shows him how badly Bedford Falls would have turned out without his good deeds. Filled with a renewed joy in life, George returns to his family for Christmas.

Writer-director Greta Gerwig (Lady Bird) has crafted a Little Women that draws on both the classic novel and the writings of Louisa May Alcott, and unfolds as the author’s alter ego, Jo March, reflects back and forth on her fictional life. In Gerwig’s take, the beloved story of the March sisters – four young women each determined to live life on their own terms – is both timeless and timely. The perfect film to indulge in post-Christmas Day.

When: Out on 27th December

If you’d like to see more articles like this, please support our Crowdfunder and help us keep community journalism alive.