Home People We must address the lack of women in managerial positions and here’s... 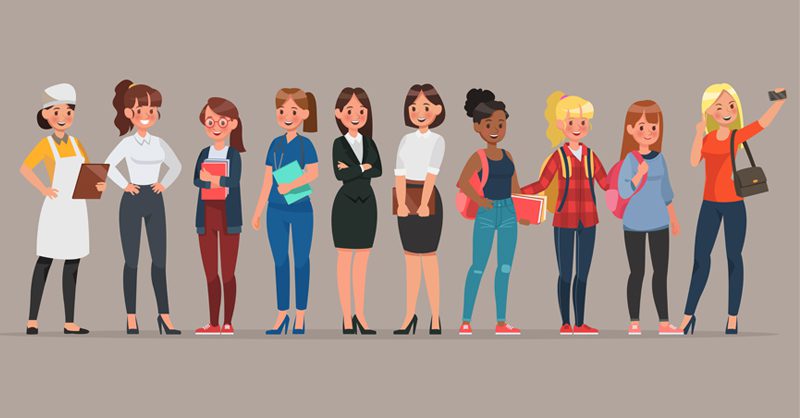 Gender should not be a factor on whether a person would make a good manager or not. What should be considered is an individual’s abilities, their ideas, and their personality traits, despite this, the gender gap in managerial positions continues even in 2020. Statistics continue to show that even though more University graduates are women, they still only make up about a quarter of managerial positions. Women are just as capable to become managers as their male counterparts. Written by Charlotte Kitromilides

So, are more men applying for these roles, or are women simply not being hired? Statistics by HBR.ORG show that the former is more likely the reality, but this is because women are holding back from applying for managerial positions because of their view of the hiring process; that men get the job, not women. As a society we must address the lack of women in managerial positions and the perceptions women have of the hiring process and here’s why…

Women considering applying for managerial positions, would benefit from taking inspiration from role models, such a Karren Brady CBE, one of the most influential females in business today. Typically, we are inspired to do something if we see others that represent us doing that thing. Women may find it easier to see themselves in similar roles if they see other women. This can also positively change women’s negative perceptions of the hiring process; women can become managers and in turn they may be more likely to apply for these positions.

Research also shows that there are certain unique characteristics that women possess that men don’t and vice versa, this doesn’t mean that we don’t need men in these positions, quite the contrary, we need a mixture of both men and women to bring together a range of different perspectives and different ways to approach a situation. For example, women are traditionally more likely to listen to employees’ issues and in turn think of appropriate action.

men also experience this. If there were more women in managerial positions, in theory there should be less sexual harassment.

Also, the talent pool increases if organisations openly seek to hire talented females as managers in addition to male managers. Qualified and well-trained individuals in certain sectors like Data Analytics and the financial sector are in short supply, so it appears only logical for organisations to employ both men and women equally. This then aids in the organisations profit margins as they will have a varied work force with different talent and skills.

Finally, it only seems fair that women have equal opportunities to progress into managerial positions and receive the pay that corresponds to their training, their skill level, and their goals. Especially in sectors such as technology and engineering, which have traditionally been male dominated not just in managerial positions, but at every level. We live in a western country that aims to create equal opportunities for the genders and the workplace should play a pivotal role. It is also reasonable for employers to consider a woman’s education in her chosen field when employing new managers and how this can be utilised.

This article has hopefully highlighted the fact that men are still equally as important as women in managerial positions, but companies need to ensure the ratios of men to women are more equal. Let us hope that we see an increase in the numbers of women applying and being accepted into managerial positions. This will not only benefit the economy, especially at a time of such economic uncertainty but will also benefit individual women’s lives which will therefore bring us even closer to gender equality.