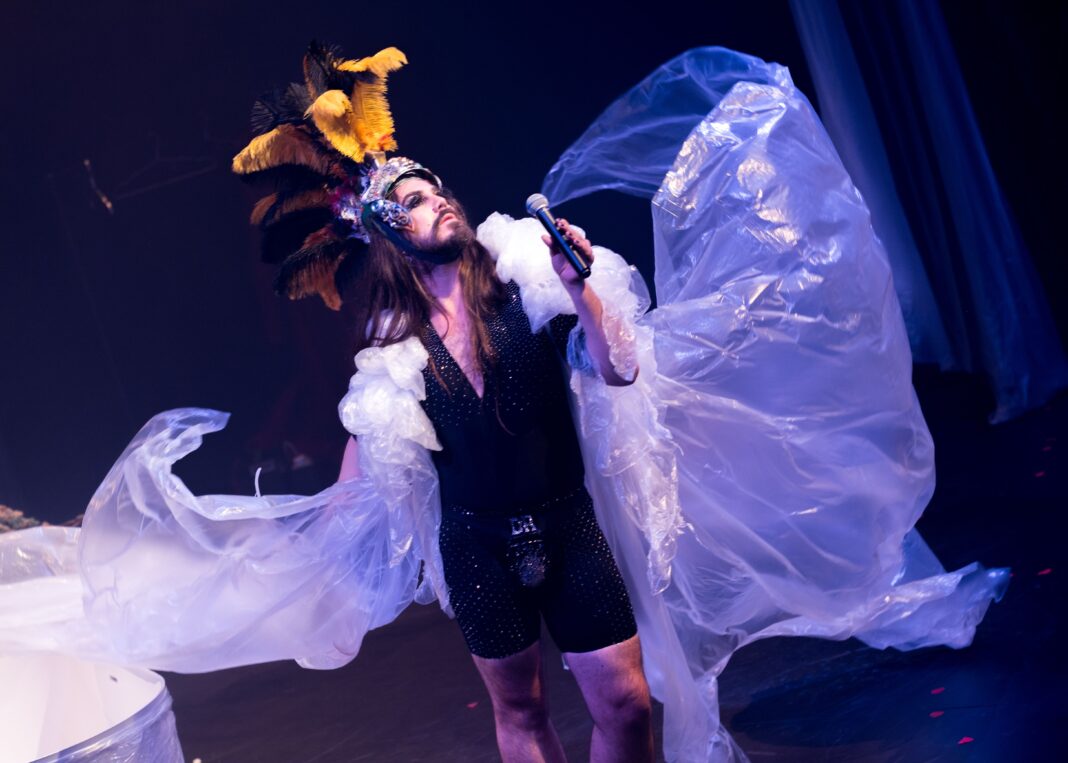 Wash away the last of the pandemic blues with a non-stop parade of big hits, belly laughs, and booming vocals from queer cabaret legend Dr Adam Perchard as the world premiere of their fabulous new show Dr Adam Perchard’s BATHTIME FOR BRITAIN heads to the Ironworks Studios, Brighton, on Friday 26 August 2022.

Cabaret icon Dr Adam Perchard lost all of their work almost overnight when the pandemic hit. Broken-hearted, they had to leave their wild, hedonistic London life and move back to their parents’ farmhouse in Jersey. As a teenager, Adam spent hours singing in their bathroom, dreaming of a life on stage. Now, that life they had built was gone, and here they were again. Adam walked back into the bathroom, took a deep breath, and started to sing. After posting videos of some of these bathtime songs online, Adam quickly became a sensation on the locked-down island. Jersey Arts Centre spotted them, and commissioned a live show. Everything snowballed from there. Adam has been able to step through their bathroom mirror back into the life they dreamed of – one epic pop hit at a time!

David Bowie, Kate Bush, Queen and Whitney are among the host of stars given a glow-up in Dr Adam Perchard’s life-affirming journey through the imagination. Swings, showers of rose petals, camp deities, dancing cakes, and enough rhinestones to clad the Millennium Dome… all add up to one joyful realisation: that sometimes it can take a lockdown to unlock you.

Dr Adam Perchard is a critically acclaimed, and proudly nonbinary, singer, comedian, playwright and poet. They’ve performed at the National Theatre, London Coliseum, Soho Theatre, Hackney Empire and on Channel 4. They were the lead writer and performer of hit queer comedy trio SEX SHELLS, and starred in Jonny Woo’s All-Star Brexit and The Courtney Act Show. A trained opera singer armed with a handy PhD in postcolonial literature and the ability to make a cloak out of anything, they’re a London nightlife legend, hosting notorious parties like The Men Who Fell To Earth.

Dr Adam Perchard’s BATHTIME FOR BRITAIN is a wild night on the tiles for all party-lovers, pop-enthusiasts, theatre luvvies, comedy connoisseurs and members of the LGBT+ rainbow family.  A hot, foamy mixture of live singing, sassy story-telling, witty re-writes and Liberace-level costumery, this heart-warming extravaganza will leave you screaming for more.