On a big evening for the club, the Seagulls will be looking to secure their first league win of the season, following their opening day 0-0 draw against Derby County at the iPro Stadium.

Forest arrive after winning 4-3 against Burton Albion at the City Ground last weekend, but will face a tougher test this evening, as Albion look to go one better this season, following their promotion agony in May.

Five years on from Will Buckley’s debut double in a 2-1 victory over Doncaster Rovers on the Amex’s competitive christening, Albion are hopeful of topping off a night of celebration with three points in front of their home crowd. 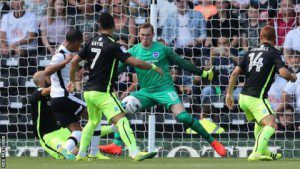 Both outfits recorded midweek wins in the EFL Cup, as Albion convincingly beat Colchester United 4-0 and the Reds edged out Doncaster Rovers 2-1 away from home.

The Seagulls boast a good record against Forest in recent times, winning both home and away last season, with Steve Sidwell’s stoppage time winner enough to take the spoils last time out.

Kazenga Lua Lua was the match-winner on the other occasion, which was also Albion’s first league game at the Amex in the 2015/16 season. 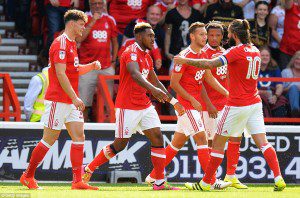 Dale Stephens comes back into the frame for Hughton’s side, following his return from suspension, although Solly March (knee), Connor Goldson (knee) and Uwe Henemier (groin) all miss out due to injury.

Glenn Murray, who is on a season-long loan from AFC Bournemouth, will make his second competitive home debut for the Seagulls, five years after signing for bitter rivals Crystal Palace.

A win for either side will temporarily take them top of the Sky Bet Championship table, with a draw also good enough for the away side, due to their triumph on the opening day.

What’s on in Brighton this Weekend 12th August – 14th August