Home Sports Another new kit for another season in the Premier League for The...

Brighton and Hove Albion’s brand-new kit design was shared with the world on Tuesday, and supporters will have a chance to purchase the replica home shirt as of today from the club superstore, located at the AMEX stadium in Falmer. From there it will be available further afield, in other retail outlets. The away shirt will have its own grand unveiling towards the end of June, and for all you budding Matt Ryans out there, details of the goalkeeper shirt will be released in due course. 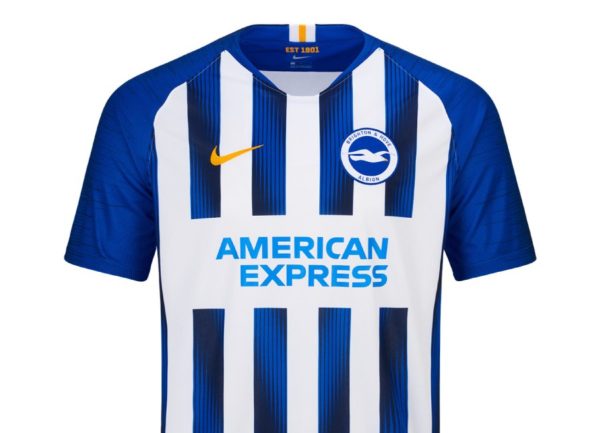 The club have come a long way since the era of scrambling around the lower leagues, and so have their kit designs and branding. Gone are the days of local record label ‘Skint’ acting as the mainstay for Brighton’s merchandise. The new 2019/20 shirt reflects the current status and prestige of a football club for today – flying high after securing a third successive season in England’s top division. The blue and white stripes pattern on the home shirt of recent years remains, but the blue is a darker shade and the stripes are streamlined, giving it a humbug mint appearance.

Local fan Jared Evans is nostalgic about kits gone by and particularly brands ‘Skint’ and ‘Errea’ working side by side, “I’d like to have seen something different, the Nike tick looks too familiar now. I have a yearning for the old Errea kits.” However, all is not doom and gloom for Evans and he will be heading out to part with some hard-earned cash soon, “The away kit looks to be the one. And the vibrant colour of the keeper shirt is appealing.” 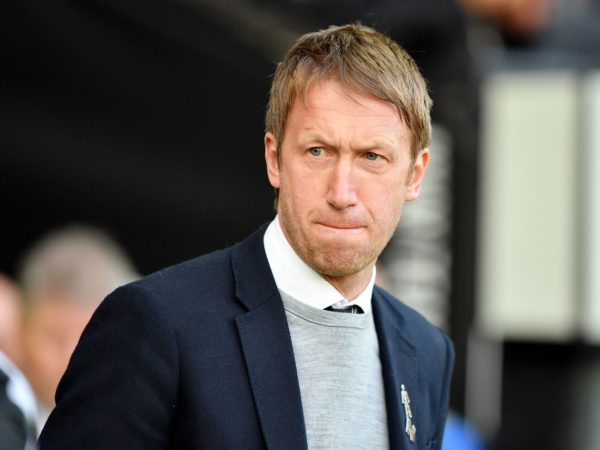 On the transfer front there is nothing concrete to share at the moment for Graham Potter’s outfit, but reports are claiming that Dutch giants Ajax are interested in taking Davy Propper back to his homeland, following successful transitions from the Premier League to the Eredivisie for Daley Blind and Dusan Tadic. On a more positive note, the rumour that Brighton are hoping to land the young Portsmouth centre-back Matt Clarke won’t go away. Could he be the first signing for the seaside club this summer? We may well see him wearing the famous blue and white shirt soon.