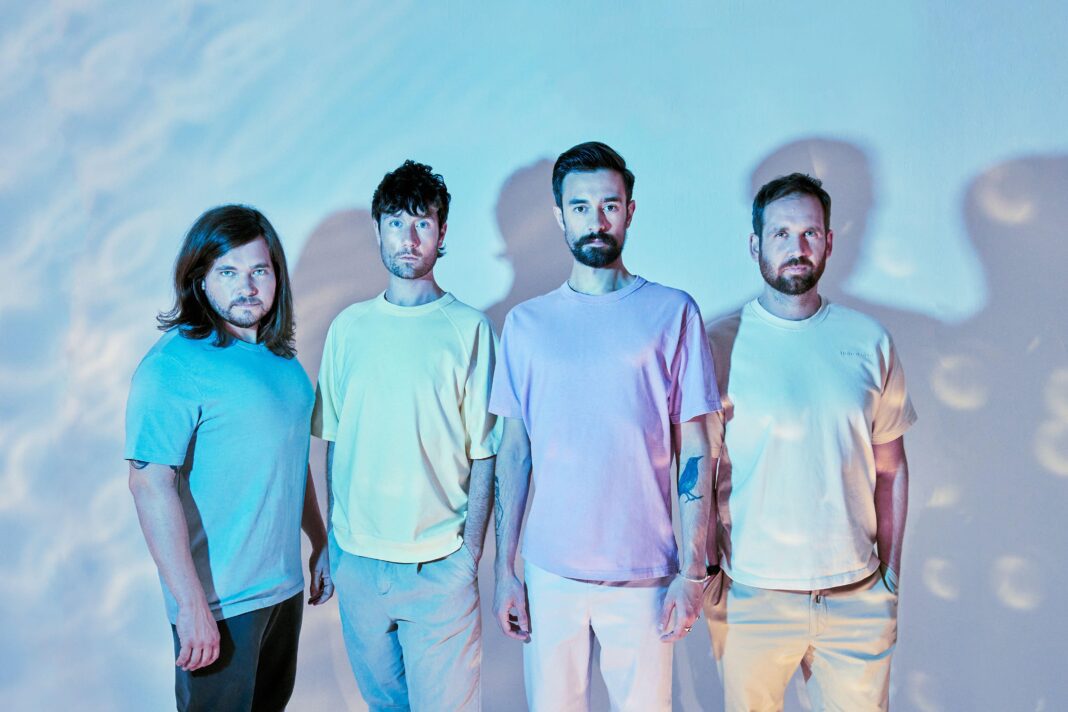 Bastille are pleased to announce the first leg of the, ‘Give Me The Future tour 2022 – a headline tour for April 2022 with a run of shows across major cities including London’s The O2, Manchester AO Arena and Birmingham O2 Academy and on Monday 18 April –will be at Brighton Centre, UK

The shows will give fans the opportunity to hear the band’s hugely anticipated fourth album, Give Me The Future for the first time live. Dan Smith says,

“We’re all massively excited to head out on tour with this new album that we love. After everything that’s happened over the last couple of years, we’re buzzing to play for everyone at these brilliant venues and can’t wait to have some fun back on the road again…

‘Give Me The Future’ is set for release on February 4th 2022 and explores both the opportunities of new technology and the dark side of lives lived online, it’s as playful and fun as it is thought-provoking, as dystopian as it is dancefloor-friendly, and as electronic as Bastille have ever been. 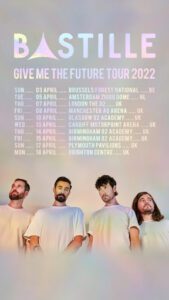 The album takes us into a sci-fi wonderland free from restrictions – each song a different danceable dreamscape, a place where you can travel back and forward in time to be anyone, do anything and embrace a new wave of technology which enables us to get lost inside our imagination

The Brit winning four-piece have built their reputation as one of the world’s most captivating live bands. Over the summer the band headlined not one but two UK festivals -Latitude and Standon Calling, and played a further two sold-out shows at Hampton Court Palace Festival. With over 11 million records sold, 6 U.K. Top 40 singles, and 1.5 billion video views, Bastille continue to be one of the world’s most streamed bands.

Give Me The Future Tour 2022 dates