Boy George is coming to Brighton with Culture Club! 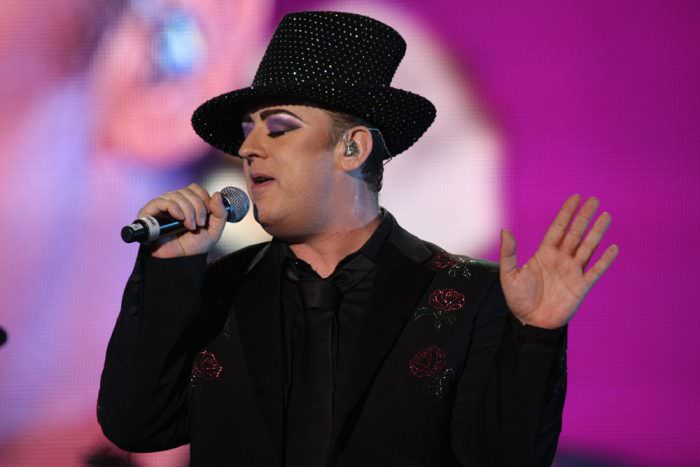 Culture Club are coming to the Brighton Centre on 13th November 2018. On stage will be Boy George, 80’s synth star Belinda Carlisle and the Thompson Twins’ Tom Bailey. Since the initial inception in 1981 Culture Club have sold more than 50 million records worldwide with some of the most famous songs in the world, ‘Do You Really Want To Hurt Me’, ‘Karma Chameleon’, ‘Church of The Poison Mind’ and many many more. The group is fronted by Boy George, one of the most universally recognised music artists in the world. The original line-up will return with Roy Hay, Mikey Craig and Jon Moss all taking to the stage. Boy George said “we put together an amazing that is going to be filled with hits and fabulous memories, we know it will be hands down this summer’s best night out”.

The band are currently working on their first new music in 20 years, after two decades and 150 million singles sold globally, it marks a new era. They promise to give their fans a tour setlist that will celebrate and commemorate some of their biggest hits as well as introducing their new material. Culture Club were among the first multi-racial bands with an openly gay front man which has meant throughout their career they have established themselves as icons of British music history and paved a path of acceptance that still, somewhat, stands today. Belinda Carlisle is a welcome addition to the tour. In days goneboy geo by she was once the most beautiful women in pop, after playing as the singer in the GoGo’s. She went solo in the 80’s and stormed into the number one slot with her vocals on ‘Heaven Is A Place on Earth’.

Tom Bailey began writing new music in 2016 and will be releasing a new album this year. The Thompson Twins became a national fixture on the radio throughout the eighties and for more than three decades fans have been waiting for live performances. With a new band in tow they will be touring with old hits and new tunes. His new band is formed of an all-female line up featuring Charlotte Raven on vocals, Paulina Szczepaniak and Amanda Kramer, of The Psychedelic Furs, will also be doing vocals.

What Does It Take To Run A Cafe? We Speak To A Kemptown Cafe Owner On His Experience and Tips