Workers on Southern Railway will stage another strike on 22 February after talks between Southern and the RMT union fell apart.

Members of the Rail, Maritime and Transport union will walk out for 24 hours in a move which means a fresh wave of commuting chaos for Southern Railway’s 300,000 passengers.

While the Aslef strikes were resolved with talks over driver-only trains, Southern and the RMT union are unable to come to an agreement nine months after the first day of industrial action.  The two sides met at the conciliation service Acas on Tuesday, but the row over the role of conductors remains deadlocked. 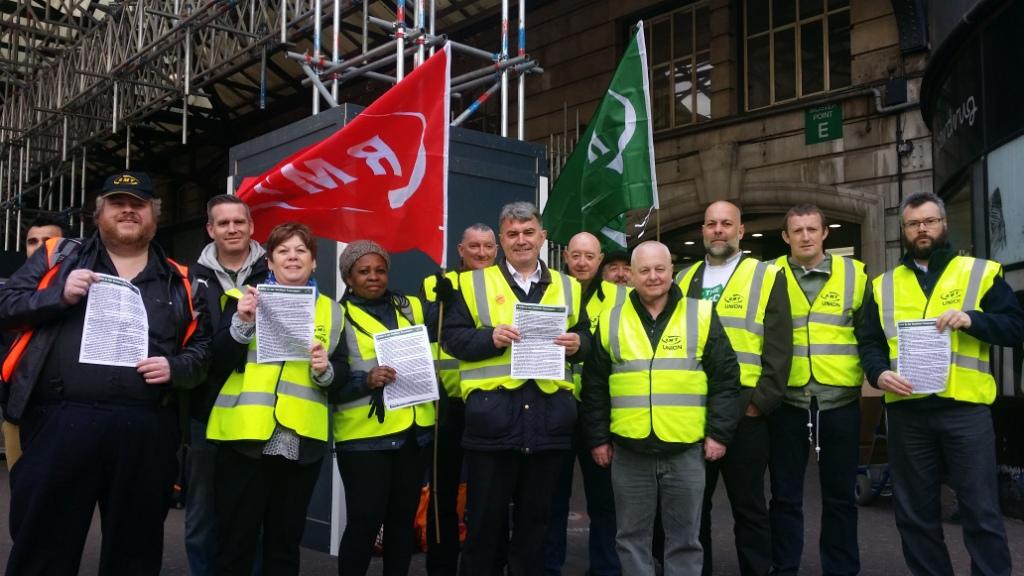 Photo by the RMT union

Mick Cash, RMT general secretary, said: “The abject failure by Southern Rail in yesterday’s talks to take the safety issues seriously has left us with no option but to confirm further action.

“These disputes could have been settled if Southern had listened to our case and given the guarantee of a second safety-critical member of staff on their trains.

“Instead they have shifted the goal posts even further and have now created a ‘strike-breakers’ charter’ where one of the numerous new conditions where trains can run driver-only is during industrial action.

“That is simply scandalous and a measure of the betrayal of our members as a result of the TUC-brokered deal with Southern in the drivers’ dispute.

“The full detail of Southern’s plan is far worse than anyone could have anticipated. This is dire news, not just for staff, but for passengers who rightly demand a safe, reliable and accessible service.

“RMT will not walk away from the fight for a railway that puts public safety before private profit.”

In spite of the strike, Southern hopes to run services as close to its timetables as possible. The company said it ran around three-quarters of its normal service during the last RMT strike in January.

The Best Street Art in Brighton