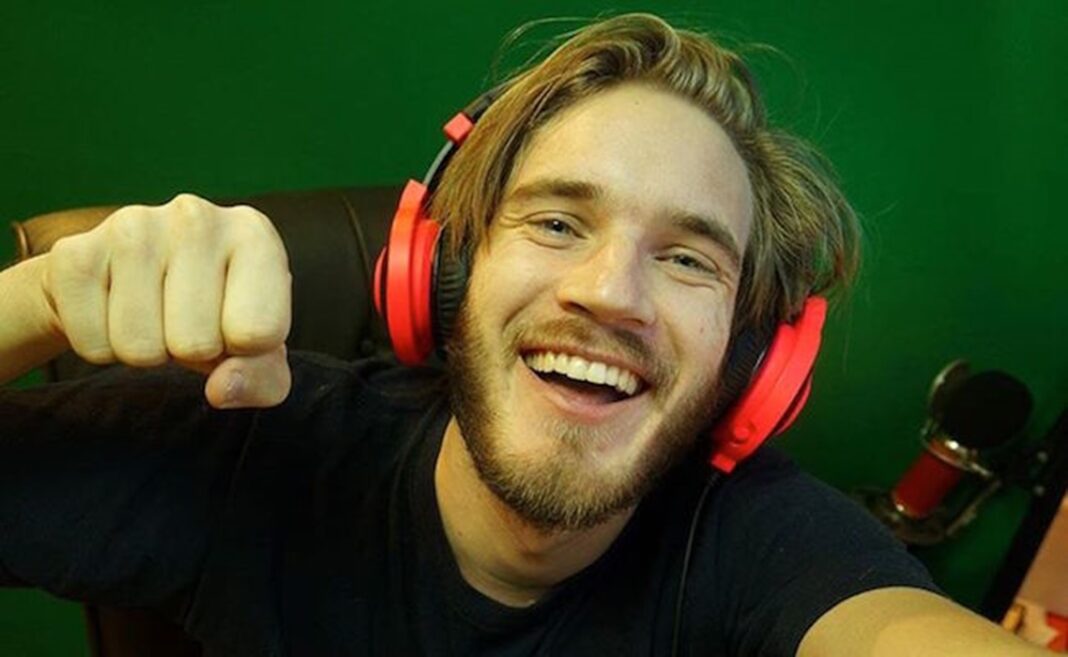 Brighton-based vlogging sensation Felix Kjellberg is in double trouble. In the space of a week, he’s been been ditched by Disney-owned Maker Studios and had his reality show cancelled by YouTube.

The drama follows on from a video posted on 11 January which contained anti-Semetic messages and Nazi jokes. The now-removed video showed two shirtless men dancing before unfurling and reading a sign which read “Death To All Jews”. The men in the video are from India, and say they didn’t understand the message on the sign.  The original video was created to highlight Fiverr, a website where freelancers sell all kinds of services for $5.

Here’s a copy of the offending video (content warning):

“Although Felix has created a following by being provocative and irreverent, he clearly went too far in this case and the resulting videos are inappropriate,” Maker Studios said in a statement to Wall Street Journal. Maker Studios, a network of YouTube channels sharing promotion and advertising deals, was purchased by Disney for $675 million last year.

In a statement released today, a YouTube spokesperson said: “We’ve decided to cancel the release of ‘Scare PewDiePie’ season 2 and we’re removing the PewDiePie channel from Google Preferred.”

Millionaire star PewDiePie remains the most-followed YouTuber of all time with more than 53 million subscribers, but he’s really landed himself in hot water this time. His January 11th video drew unwanted support from white supremacists who took his words literally, and earned him publicity on alt-right sites such as The Daily Stormer.

Felix has published this statement in response: “It came to my attention yesterday that some have been pointing to my videos and saying that I am giving credibility to the anti-Semitic movement, and my fans are part of it as well for watching. I don’t want to cite the sources because I don’t want to give them any more attention.

“This originated from a video I made a couple of weeks ago. I was trying to show how crazy the modern world is, specifically some of the services available online. I picked something that seemed absurd to me – that people on Fiverr would say anything for $5.

“I think it’s important to say something and I want to make one thing clear: I am in no way supporting any kind of hateful attitudes.

“I make videos for my audience. I think of the content that I create as entertainment, and not a place for any serious political commentary. I know my audience understand that and that is why they come to my channel. Though this was not my intention, I understand that these jokes were ultimately offensive.

“As laughable as it is to believe that I might actually endorse these people, to anyone unsure on my standpoint regarding hate-based groups: No, I don’t support these people in any way.”

Reactions to the news have been mixed, with some saying Maker Studios and YouTube have been too harsh in their punishment and others praising the decisions.

The number of you sticking up for PewDiePie is disheartening. The guy wields anti-Semitism as a comedic prop, repeatedly. That is not OK.