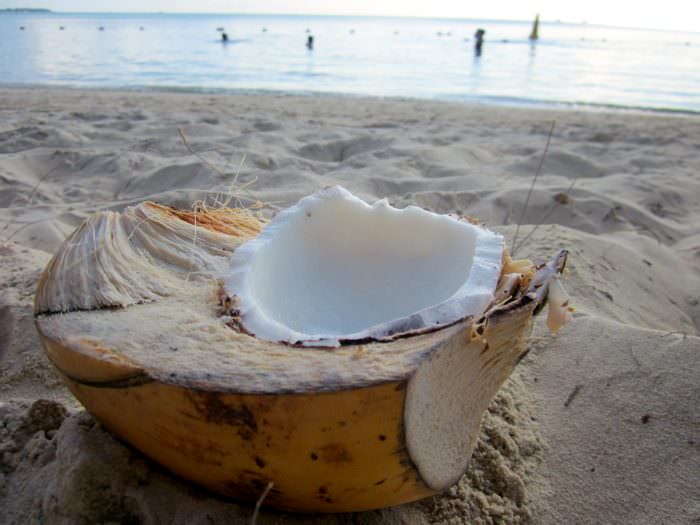 Coconuts make you think of the beach, Pina Coladas and cartoons where the coconut falls on the characters head. But it turns out that the oil from the coconuts are actually very beneficial. Only recently has coconut oil made its way onto the health scene after it was finally proven it was good for you, but what exactly are the benefits?

It’s one of the healthiest oils in the world: Despite it being high in saturated fat, coconut oil is actually one of the healthiest oils in the world. At one time, it was considered extremely bad for you as it was 90% saturated fat, however, research has now shown that coconut oil is actually better for you than other oils. The fatty acids in coconut oil have no effect on cholesterol and are actually known to lower the risk of heart disease. Coconut oil gives you instant energy and raises your metabolism which in turn increases circulation- so no more cold hands!

It’s great for your hair: Coconut oil can pass freely into the hair cells membrane, allowing it to condition your hair from the inside out, rather than outside in like most conditioners. Coconut Oil also helps with dandruff. To deep condition your hair, put one or two teaspoons on your hair and leave it overnight.

It does wonders to your skin: Coconut oil is great for dry skin and can provide a deep moisturiser as well as protect from ultraviolet exposure. It’s also a great anti-aging moisturiser as it contains loads of anti-oxidants. It is also a great make-up remover, so no need for any of those harsh wipes!

Coconut oil can be used in pretty much everything, from cakes to smoothies, used for lip balm or as furniture polish, the list of the benefits of coconut oil are endless but those above are the ones that seem to be most beneficial to you. So now there is no excuse not to buy copious amounts of coconut oil!