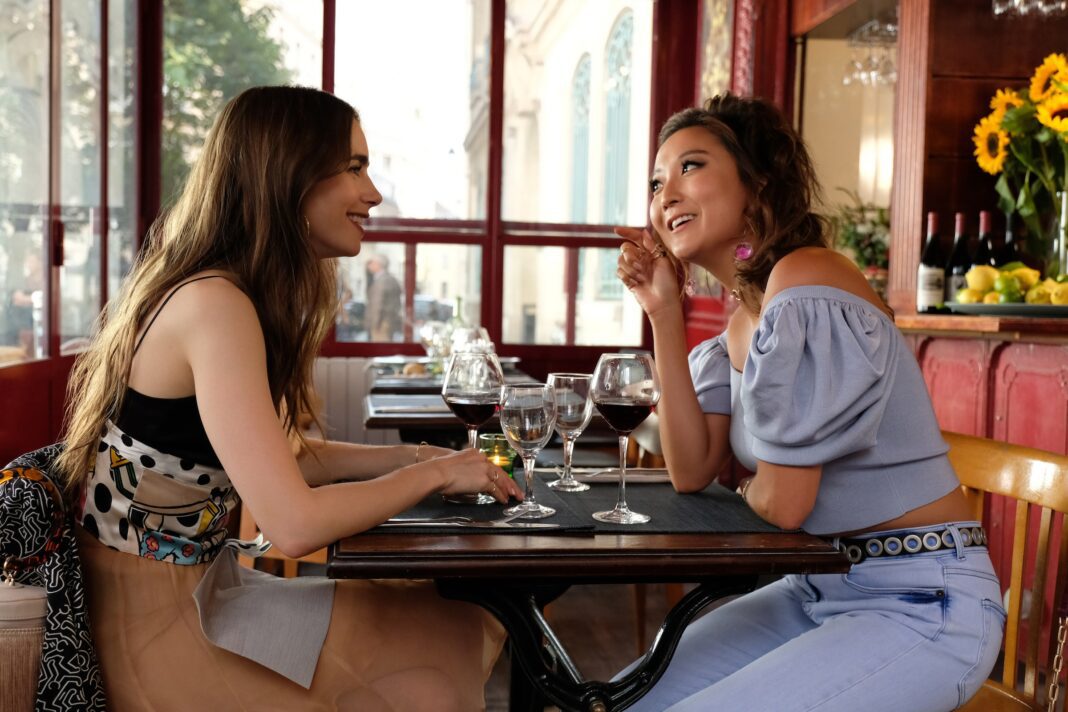 Darren Star the hit maker behind the iconic hit show Sex and the City is now back in the spotlight with his new adventure which was released on Netflix yesterday, Emily in Paris. The show which stars Lilly Collins the daughter of English music legend Phil Collins takes the lead as Emily as an all American girl transferring from her office in Chicago to the city of love where she explores the balance of her work life, social life, love life and she does all of this with impeccable style.

As I started to watch the series I must admit I had mix thoughts and slightly high hopes for the new show and yet so far has not disappointed. Although the overall concept between both Emily in Paris and Sex and the city are different they still have very close similarities however Emily in Paris I personal believe is the modern day younger generation adoption of sex and the city.

The opening episodes will make you put Paris on your bucket list of places to visit if you haven’t already visited or if you have you will be sure to be book to return to the city of lights. The iconic and picturesque cafes, the beautiful landmarks and the home of art will be one of the first points you may pick up on. As the episode continuities you will see and learn about Emily and her personal life. Without meaning to be a spoiler alert she starts with a partner based in Chicago however sadly that quickly ends due to the distance but of course I guess there wouldn’t be a story line if that was the case throughout. You then get to explore the dating scene for Emily in Paris which has its twist and turns as just like reality and you see her learning to build friendships, meeting new romantic connections and learning the Parisian ways.

As the show aired on Friday 1st October many fans have already binged watched the first series this weekend due to the eager anticipation of its release. And it has also been confirmed that season 2 is also in he pipeline according to the creator Darren Star who has already confirmed the news to oprahmag.com “In season 2, she’s going to be more of a part of the fabric of the world she’s living in. she’ll be more of a resident of the city” continuing “she’ll have let her feet on the ground a little more. She’s making a life there.”

The news from Star has got fans of the show eagerly awaiting more news for the second season however this may take a while to come due to the current cornavirus pandemic having an affect on the world and putting a hold on productions across the globe until its safe to resume.

Actress Lilly Collins has also confirmed to Vanity Fair that she is defiantly happy to continue her role as Emily discussing to Vanity Fair in an interview she expressed “I would love nothing more then to go back to Paris to do a new season”.

But the news confirming a second season in the pipeline has sent fans into frenzy. Let’s hope it doesn’t take to long and the second season will be on our screens before we know it.

You can watch the full first season of Emily in Paris available on Netflix.