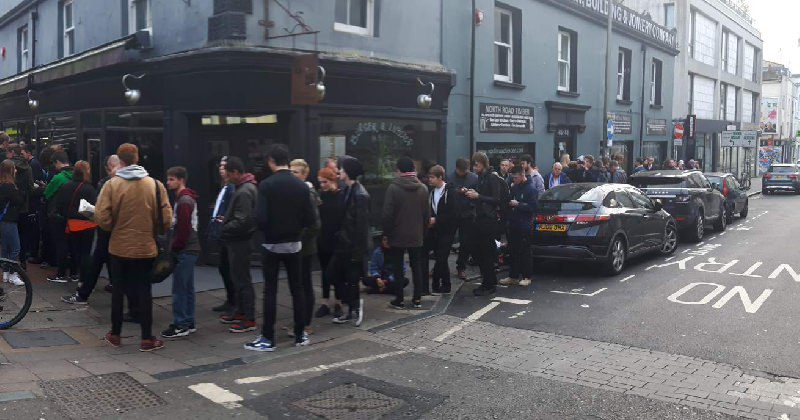 Monday morning and it still didn’t stop hundreds of people queuing outside Resident Records this morning. From 4:30am this morning the streets of Brighton were chocker block with Royal Blood fans in line hoping to be some of the lucky few to get a ticket for a tonight’s special one- off gig at Concorde 2.

Since the band formed in 2003, the due have built up a large following. They announced tonight’s performance on Twitter last night.

good morning; this was well worth a 4am start. royal blood tickets are coming my way. pic.twitter.com/ie7b3E2PNB

Hundreds were lined up for miles, to get those tickets.

Twitter posts non stop from fans in the line, in amazement of the amount of people wanting to attend the show. Now a sold out show, Resident Music sure had their hands full this morning for their early start.

Well done to the lucky lot of you who made the effort and retrieved tickets to what we can only assume as an awesome show tonight!