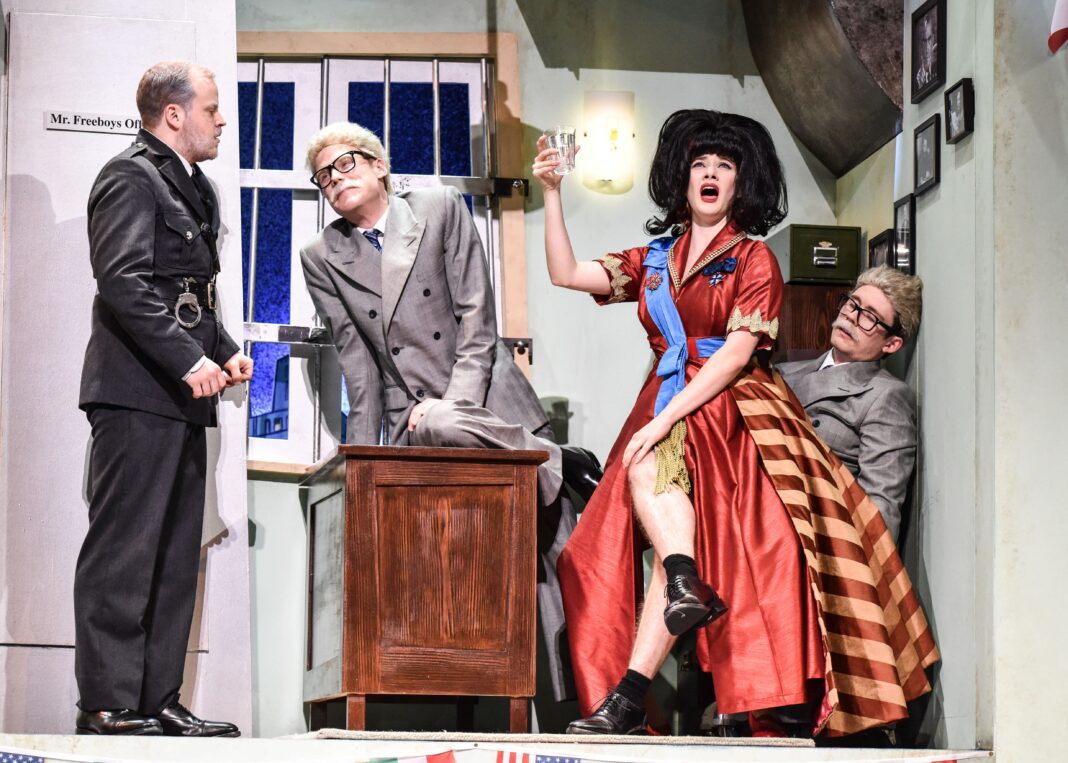 Five-star review show, The Comedy About A Bank Robbery, will be featured at Brighton’s Theatre Royal after entering its third year on the West End stage. Since their global success of The Play That Goes Wrong, Mischief Theatre Company has returned to venues around the UK in August and will be performing until May 2019.

Taking you back to 1950s America, The Comedy About A Bank Robbery tells the story of how Memphis City Bank is given the responsibility of looking after a prized diamond, attracting the attention of an escaped convict and his entourage. The fast-paced comedy toys with hidden identities and romance in a quest to obtain the desired jewel.

After celebrating their tenth anniversary this year, Co-Writer and Company Director, Jonathan Sayer, said he was personally inspired by silent movies for the production. “A huge influence has been big physical slapstick comedy, tied in with traditional English humour. Fawlty Towers is the perfect example, stuff that really is about status and conflict.”

Slapstick comedy provides a vital element to The Comedy About A Bank Robbery with hilarious stunts from touring cast members such as Seán Carey as ‘Sam Monaghan’, David Coomber as ‘Neil Cooper’, and Julia Frith as ‘Caprice Freeboys’.

Sayer explained the stylistic deviations from the story-within-a-story style of The Play That Goes Wrong: “It’s a traditional fourth wall play, but you can still expect an incredibly high gag rate, huge stunts like the previous shows, all intertwined with some Marx Brothers patter and also lovely singing and bits of acrobatics.”

Stunts and slapstick comedy of this level require expertise timing, as the possibility of injury is imminent with just one wrong-footing. Sayer ensured that despite the occasional injury (including obtaining three concussions himself), the stunts are very safe and well-rehearsed by the performers.

The play, written by Sayer, Henry Lewis, and Henry Shields, uses universal comedic value and appealing characters that can be appreciated by all. Brighton’s Theatre Royal hosts the performances in November, featuring eight performances in total over just five days.