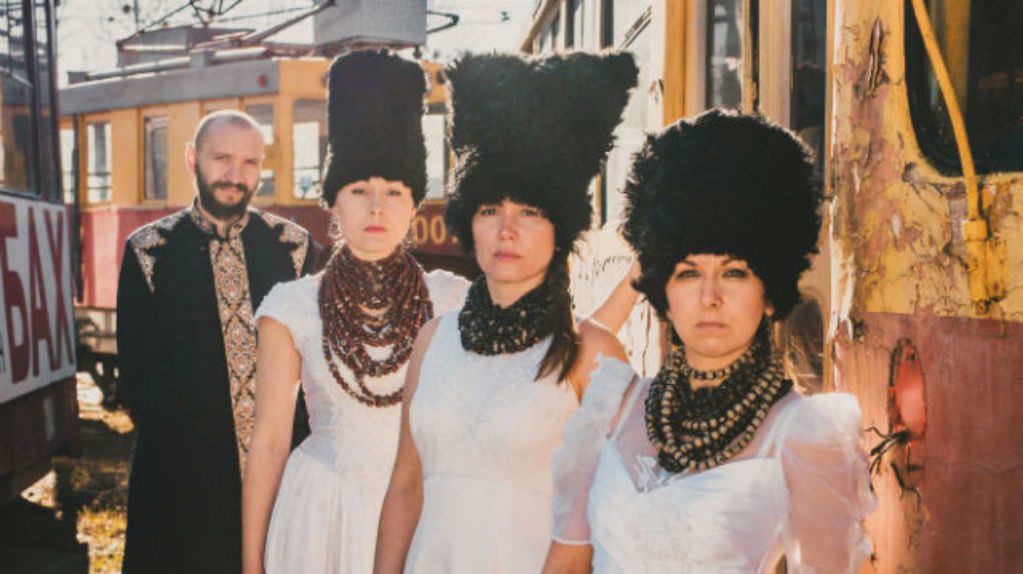 Mac DeMarco may be just 27 years old, but in his new album This Old Dog, he’s showing off just how much experience he’s packed into that time. His fifth album in just over five years, and his first full-length album since his hugely celebrated 2014 LP Salad Days, This Old Dog sees this finest of Canadian singer-songwriters pair his acoustic style with a bed of synth sounds and rhythms.

Childhood play Patterns #Brighton on 27th November in support of their new album #UniversalHigh and their phenomenal new single #DontHaveMeBack!! “What’s important is that people don’t try and force the scene concept too much. In England people need to make you sound like someone else, I’m like, ‘Not really, we’re not the same as anyone else.”

White Room deliver a serrated blend of sky-gaze psychedelia and raucous distortion. The Brighton-based five-piece have already won the patronage of Modfather Paul Weller for their compelling live shows. Released last year after support slots for Weller and acclaimed performances at Reading and Leeds, their debut EP ‘Fizzy Liquid’ was described by NME as ‘driving, and pretty lawless’. This year White Room play Dot to Dot, The Great Escape and Live at Leeds, with many more to be announced.

Without doubt 2017 has been the year of Rag’n’Bone Man. His debut album ‘Human’ has been a huge hit worldwide and has sold an astonishing 650,000 copies in the UK in under 5 months! It contains the global hits ‘Human’, which has gone to Number 1 on Itunes in over 40 countries selling nearly 4 million copies in the process, and ‘Skin’, which has sold over 1.2 million globally and peaked at No.2 in the UK Airplay Chart. The 2017 double Brit Award winner has played sold out shows across Europe and the UK including two nights at London’s Shepherds Bush Empire in April. Critics were unanimous in their praise of ‘Human’ with The Daily Telegraph saying that he is ‘destined for massive stardom, in their 5* review, Mojo calling it ‘seismic stuff’ and the Observer saying it was ‘a triumph’.

Swedish Death Candy are a four piece psych band hailing from London, formed in 2014. Through the release of a demo EP in late 2014 – coupled with their highly engaging and ferociously loud live show – the band immediately started to catch the attention of music fans, their peers, and the industry alike. Swedish Death Candy soon received an NME Radar feature and gained BBC Radio 1 support from Dan P Carter, leading to live support slots with the likes of Wand, Yak, and Kvelertak. Alongside Swedish Death Candy, will be And Yet It Moves, another exciting psych band who, having seized our attention with the dark and unyielding sounds of ‘Ketamine Ma’am, ‘No Way Back To Lunch’ and ‘Make America Great Again’, serve us to believe that the band’s forthcoming record will be an equally intriguing and multi-faceted affair. 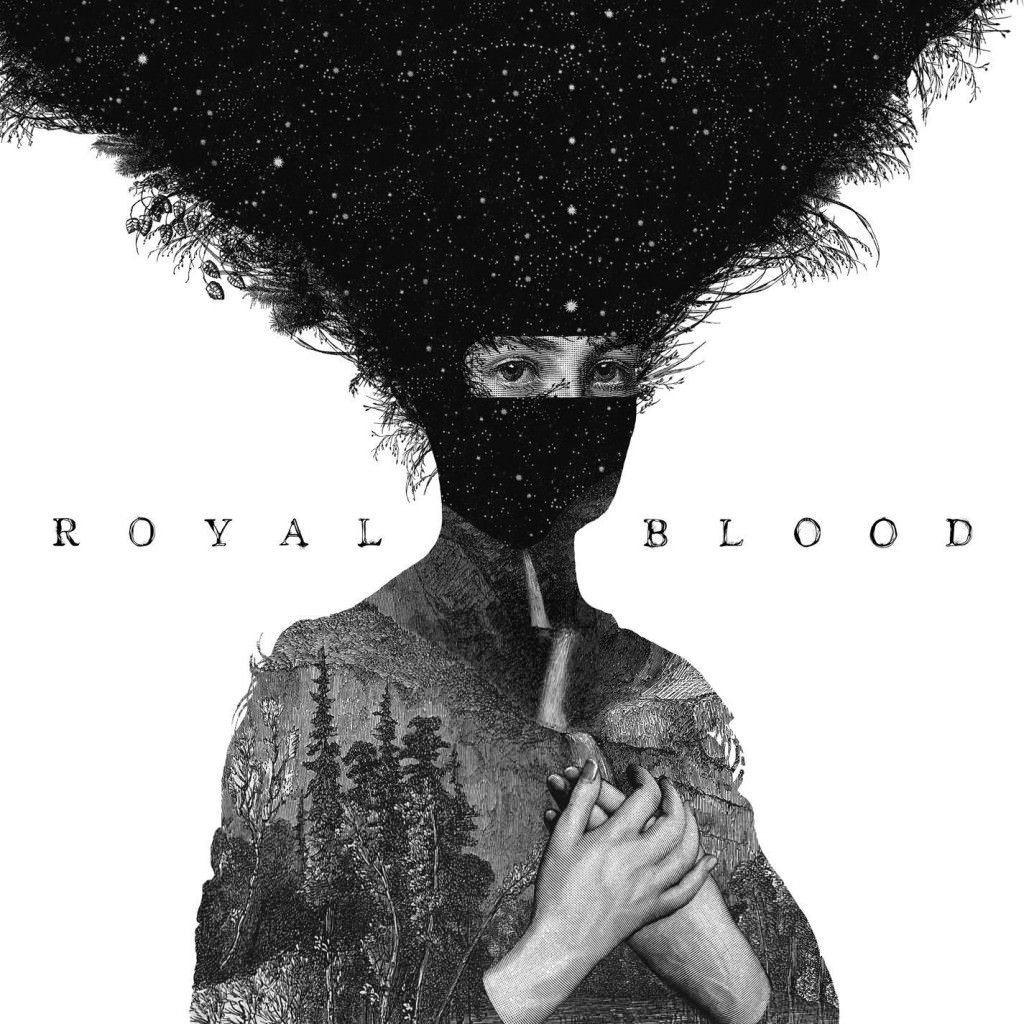 Royal Blood conclude their first major UK and European tour with a homecoming gig at the Brighton Centre. Rooted in modern blues rock and talking a detour through fields of psychedelia, wandering into the territory of the ‘stoner rock’ espoused by the likes of Queens of the Stone Age, Royal Blood are sure to deliver a knock out show.

Recorded in Berlin in an old East German radio station, Los Angeles, and Las Vegas, and produced by Cameron along with Foxygen’s Jonathan Rado, these tracks at first seem shamelessly entertaining, the driving rhythms and rousing melodies embellished at every turn by Molloy’s warm hornwork. But the love songs and anthems contain as much raw humanity as they do a savvy grasp of the impossible loneliness of the times, especially apparent in the song “Stranger’s Kiss” — Cameron’s affecting duet with the American singer Angel Olsen. The defiantly bloody knuckles in “Runnin’ Outta Luck” and the grime of wet dreams in “Country Figs” occupy the same space as the great sadness of the internet in the catchy and contemplative song “True Lies,” in which Cameron sings about that buzzing hive of randomized sexuality where we can either submit to the stirrings in our own laps or let our fragile hopes catfish us. Alex Cameron details penultimate track “Marlon Brando” as “a character portrait, a study of a man in the hopeless pursuit of a woman. He is a familiar character in the world, a self-assured jock, a dullard, a low grade human who uses a specific kind of language when he finds a situation outside of his control. In examining this character, the song’s lyrics present an honest, eye witness account of an angry man, a damning indictment of homophobia and misogyny and their genesis in toxic masculinity.”

Described as a ‘one-woman powerhouse’ by Radio 1’s Annie Mac, FEMME is the real deal when it comes to unadulterated artistry. As composer, producer, director and choreographer, FEMME has eschewed major label interest in order to maintain her musical vision without interference. Tokyo’s DYGL play a FREE show in the bar downstairs, so you can get more bang for your buck with the Hope and Ruin this Wednesday. DYGL have honed their skills to combine the factors that influence their love for indie-rock, including sound, style, and scale. ‘Let It Sway’ ​smacks with an irresistible beat and punchy production – and with influences such as The Strokes​, The Cribs​, The Libertines​, Arctic Monkeys​, and The Smiths​, celebrates the joys of making records that can fill a dance floor.

Tee almighty Algiers return to Brighton with their new album “The Underside of Power” which “ebbs and flows between moments of gritted-teeth tension and furious release, its solemn, confession-booth ruminations offset by heart-racing, steeple-toppling rave-ups.” – Pitchfork

Porshyne are a heavy atmospheric rock band based in Brighton.Think Radiohead meets Queens of the Stone Age meets Tool. Stylistically they incorporate elements from a variety of genres including Prog, Math-Rock and Electronic music, with their extreme dynamics afforded by a line-up comprising three guitars, bass, drums, and vocals.

DakhaBrakha are a world music quartet from Kiev, Ukraine. Reflecting fundamental elements of sound and soul, Ukranian “ethno-chaos” band DakhaBrakha, create a world of unexpected new music. The name DakhaBrakha is original, outstanding and authentic at the same time. It means “give/take” in the old Ukrainian language. Accompanied by Indian, Arabic, African, Russian and Australian traditional instrumentation, the quartet’s astonishingly powerful and uncompromising vocal range creates a trans-national sound rooted in Ukrainian culture. After experimenting with Ukrainian folk music, the band has added rhythms of the surrounding world into their music, thus creating the bright, unique and unforgettable sound of DakhaBrakha. They strive to help open up the potential of Ukrainian melodies and to bring it to the hearts and consciousness of the younger generation in Ukraine and the rest of the world as well. “The group mixes everything from punk-pop to traditional Ukrainian songs in cool yet beguiling textures, often with the close harmonies usually associated with Balkan music. But it’s really the live shows that take DakhaBrakha beyond mere curiosity to utter brilliance.” — NPR

Dan Bejar started Destroyer as a solo home-recording project in the early to mid-nineties. Exploring and overturning genres such as glam, MIDI, yacht rock, and even underground Spanish independent artists, Bejar was proclaimed “Rock’s Exiled King” by The Fader. His is a body of work that consistently flouts convention in favour of musical leaps of faith, statements of purpose cloaked in subterfuge, and the joyous refrain of an optimist’s heart cloaked in cynicism.

Pussycat and the Dirty Johnsons @ The Prince Albert

The formidable Pussycat is renowned for prowling the audience whilst the adrenaline fuelled Dirty Johnson boys pound out their infectious blend of Dirty Rock’n’Roll.

Based in Amsterdam, 20 year old Pip Blom writes, records and releases her own indie-pop tunes with a twist. Although she only started releasing her raw guitar power with catchy melodies early 2016, she has already supported Surfer Blood on tour and received acclaim from the likes of BBC Radio 1’s Huw Stephens, BBC 6Music’s Marc Riley (“Perfect pop”) and Gideon Coe (“Excellent stuff”) plus massive support from American tastemaker radio station KCRW.

Jesca Hoop is an American singer-songwriter and guitarist who calls Manchester, UK home. Jesca released her debut record, Kismet (Columbia Records) after catching the attention of KCRWs Nic Harcourt. Over the course of her career she has become known for her incredible live performances. Jesca subsequently released four more albums and two eps, including the critically acclaimed Hunting My Dress (Vanguard) and The House That Jack Built (Bella Union). No stranger to the road or collaborations, Jesca has toured and collaborated with the likes of Shearwater, Andrew Bird, Iron and Wine, Elbow, EELS, Sinead O’Connor, Peter Gabriel, Mark Knopfler and many more.

“Friends”, the platinum-selling album, featured four top twenty hit singles – “A Night To Remember”, “Friends”, “There It Is” and “I Can Make You Feel Good”. The album gained impetus from the legendary Top of the Pops performances by Jeffrey Daniel who demonstrated the first moonwalk on European TV screens. Shalamar are regarded as one of the most influential bands of their time, injecting their unique style, energy and passion into sounds that have commanded dance floors the world over. “Friends” is the album that helped to cement their place in musical history.

Of Empires + Sons @ The Hope and Ruin

Of Empires are a four piece rock ‘n’ roll band from Brighton. The band released their 1st EP Stranger Sensations in 2014, with many rating the band as ones to watch, with The Guardian describing the EP as ‘stomping, slow-motion riff-rock with snarling vocals and terrace-worthy choruses.” The Brighton band were crowned MTV Brand New Unsigned Winners for 2015, and since then have spent the past year succesfully touring the UK, including supporting the legendary Adam Ant on a number of his Sold Out tour dates and playing to a full house at last year’s Great Escape Festival, in which they were named a highlight by the festival organisers.

“Intelligent, articulate lyrics laced with an ascerbic wit observing people and situations around them married to robust tunes that already show a rich diversity of sound.” – Even The Stars “A remarkable and inspirational young man…” – This Feeling “Unsigned – but probably not for long!” – Fred Perry Subculture

This mischievous rabble from London has been causing mischief since school, spreading their contagious horn-driven ska anthems across the UK, mainland Europe and beyond.

With non stop music over the 6 and a half hours, over two stages, it is sure to be a great night. Acts include Morgan M-James​, Levity, Oktoba, George Ogilvie, Tigers and Flies, Della Lupa, Dan Cox & The Blackbirds, plus a whole host more. This is a night packed full of acts so you are getting great value from the £6.00 entry fee.