Home Culture Guns in the US: why the NRA is so successful at preventing reform 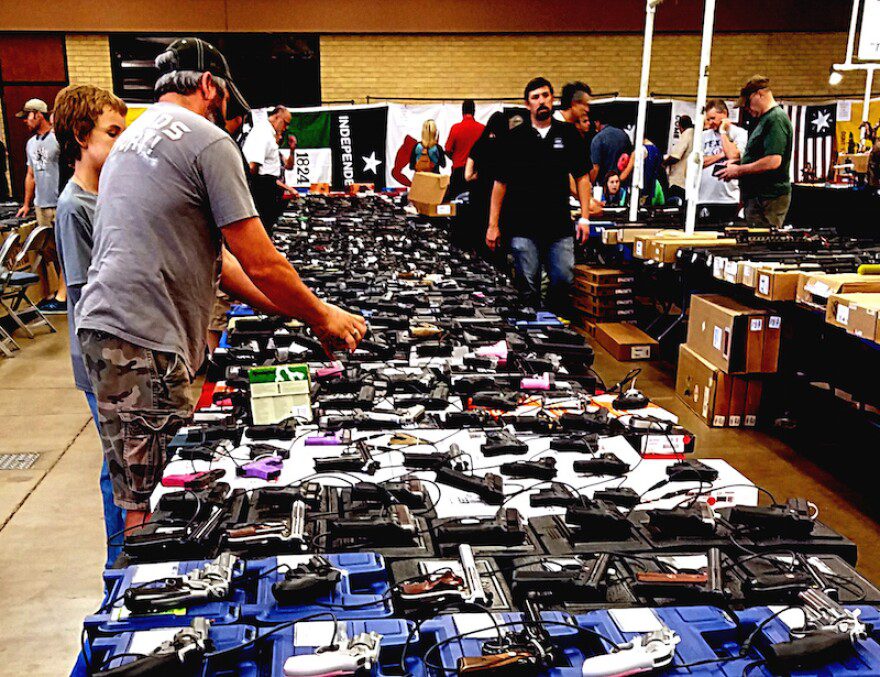 In the wake of the recent school shooting in Uvalde, Texas that killed 19 children and two teachers, Democrats in the US – led by the president, Joe Biden – have once again called for stricter national gun laws. Yet many experts believe prospects for reform remain bleak, a reality attributed to the overwhelming influence of the gun lobby. By Thomas Gift, UCL

The National Rifle Association promised to “reflect on” the tragedy at its national conference in Houston, Texas, the weekend after the May 24 shooting. Several speeches – including one by Biden’s predecessor in the White House, Donald Trump – expressly addressed the incident.

But the NRA has vigorously rejected any charge that its policies contribute to America’s gun problem. Unsurprisingly, opponents of gun reform have accused the media and Democrats of “politicising” Uvalde to press an ideological agenda.

The NRA, meanwhile, has continued to advance proposals such as improving mental health responses, “hardening” schools with increased security, and potentially even arming teachers, which leaders claim (without evidence and against educators’ wishes) can serve as a deterrent. These recommendations align with the NRA’s longstanding message: tightening gun laws would do nothing to prevent mass shootings in schools.

All of this is occurring as the NRA feels more emboldened with the renewed “culture war” focus sweeping America. Although not entirely new, many GOP lawmakers are leveraging gun ownership as part of a “package deal” – along with what they portray as leftist issues such as trans rights and critical race theory – to animate conservative voters. So, instead of the recent spate of shootings causing the NRA to back way from its uncompromising positions, it has instead doubled down.

NRA: an exercise in power

The NRA publishes an A-F rating of lawmakers that grades elected officials on their voting records with respect to the second amendment, which guarantees the rights of Americans to bear arms. The formula is simple: supporting looser gun regulations earns a higher grade, whereas making it harder to access guns earns a lower grade. For Republicans from conservative districts, where guns are embedded deeply into the culture, any grade below a perfect A+ can hobble a politician’s electoral prospects.

Perhaps most importantly, the NRA also flexes its muscles by unseating incumbent politicians directly at the ballot box. If Republicans (or moderate Democrats) waver on the gun issue, the NRA will – particularly in the primaries – pour money and resources into the campaigns of opponents who back more lax gun mandates. Even the threat of that challenge is often enough to intimidate many politicians from defying the NRA’s agenda.

Lastly, the NRA also maintains a large, deep-pocketed lobbying arm in Washington that’s involved in pressuring members of Congress to resist any legislation that might be construed as even mildly anti-gun. In the first quarter of 2022, for example, the NRA spent well over US$600,000 (nearly £500,000) on lobbying. That number is only expected to increase in the second half of this year amid the 2022 midterm elections as well as renewed demands for gun reform by liberals.

Will of the people?

Data shows that slightly more than 50% of Americans want tighter gun control laws overall. Support is even higher for outlawing assault-style weapons (favoured by 63%), for prohibiting “high capacity” magazines (64%), and for imposing background checks on private gun sales and purchases at gun shows (81%). Although partisan divides exist, even many rank-and-file NRA members think some gun legislation should be on the table.

Still, these figures can be misleading, for a simple reason: they don’t reveal anything about how important Americans feel gun law reform is compared with other pressing issues. When polls ask Americans what the most important problem is that their country faces, virtually no one – often fewer than 1% – ranks guns at the top of that list. So, it’s one thing for voters to say that they support stricter gun laws in the abstract, but it’s another to actually prioritise the issue at the ballot box.

It’s an iron law of governing: politics involves trade-offs. Because other policy areas such as immigration or the economy rank higher in the minds of voters, politicians don’t expend scarce political capital on guns. This provides space for a pressure organisation such as the NRA, with its concentrated interests around the gun issue, to have huge sway over how lawmakers set the policy agenda and vote. That’s true both at the state and federal levels in America.

Could this time be different?

After a mass school shooting, it’s natural to think that “this time is different”. We heard that after Columbine in 1999, after Sandy Hook in 2012, after Parkland in 2018. Now we’re hearing it again after Uvalde.

The outrage is palpable and it’s hard not to think the culmination would move the needle in the direction of reform. The reality? Expect the status quo.

At least 60 votes are still needed to usher any legislation through the Senate and avoid a “filibuster”, which allows lawmakers to stall or prevent a vote on bills. Even apart from the NRA’s clout, a major challenge is that the gun control movement is subject to what political scientists label an “issue attention cycle”. In short, focus on the issue is fleeting. A calamity like the one in Texas gets considerable press for a while but then fades into the backdrop and is replaced by other headlines. The sustained political will needed to pass gun reform simply doesn’t persist.

For all the horror mass shootings, most gun violence in America occurs through a “slow drip” of casualties. The Centers for Disease Control and Prevention reports that more than 45,000 Americans died from gun-related causes in 2020, with about 43% being homicides.

But according to the Gun Violence Archive, only about 1% of these victims – just over 500 Americans – died in mass shootings. Most of those deaths never make national news, and regrettably, are too often ignored by the nation’s leaders.

Thomas Gift, Associate Professor and Director of the Centre on US Politics, UCL