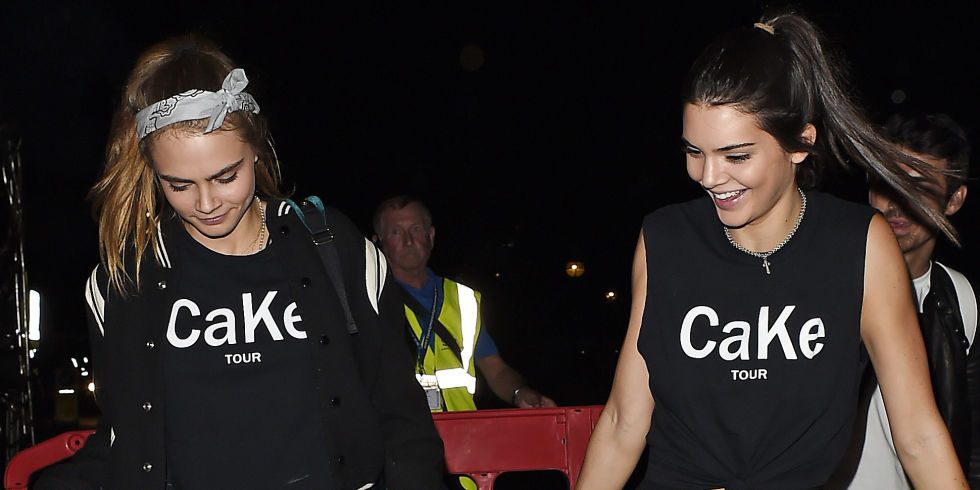 We are a week into 2016 and already the Jenners are making headlines. This time it’s the eldest of the Jenner sisters, Kendall, and her bezzie mate and IT girl, Cara Delevingne who are sending the rumour mill into overdrive. The two are alleged to be collaborating on a clothing range together. It has been reported that the two pals trademarked ‘CaKe’, an amalgamation of their names, which we have to admit is quite clever, and were seen sporting CaKe tops last summer. Could this be THE collaboration of 2016?

Combined, Jenner and Delevingne have over 70 million followers on Instagram alone and have become the faces of the ‘Instamodel’ phenomena that has taken off in recent years. Both models have had successful collaborations with other designers, Cara with Mulberry and Kendell with her sister Kyle for Topshop and reports say they already have designs for tops and hats. A ‘source’ has told The Sun “Kendall is the driving force behind the brand. They both see it as a bit of fun but are secretly confident it will do well…they’re two of the most photographed women in the world so the brand is going to be picked up by millions of fans”. As the world’s most sought after models, and a fan-base the size of a small country, we’re sure that were CaKe to become a fashion line, it won’t be struggling to make ends meet. Though the pair have moved away from modelling to focus on different things, maybe one of those things is fashion design? Whether this is true or not, it’s sent the internet into meltdown yet again and there’s nothing like a Kardashian/Jenner related internet meltdown to get your tongues wagging on a Thursday afternoon.