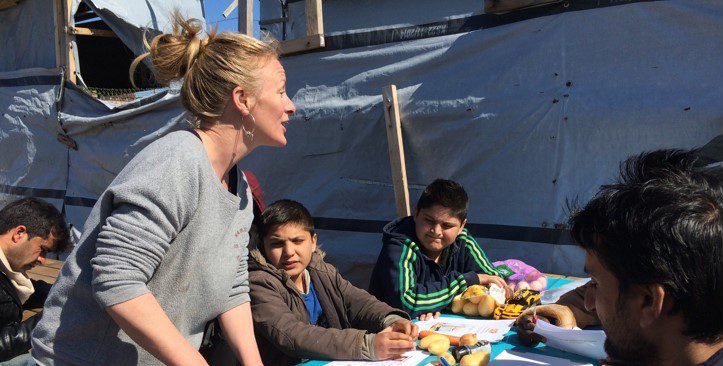 Think refugee aid and food banks, clothes donations and volunteers at soup kitchens probably spring to mind. But Kate McAllister (pictured above) believes another important thing which can be given to people fleeing crises is a flexible education.

She’s the founder of Crisis Classroom, a small Brighton-based charity which will soon be sending portable pop-up classrooms and teams of trained volunteer teachers all over Europe. She runs the whole organisation from her home in Kemptown. The foldable classrooms, which are currently being crowdfunded, can be put up or taken down in 20 minutes.

“There’s no waste, there’s no footprint, there are no overheads,” explains Kate. “If you pump lots of money into something in a refugee camp it just gets knocked down by the state and that’s really wasteful. The crisis classrooms don’t have that problem.”

The idea is to help refugees re-settle into their destination country equipped with the education and language skills they need to avoid becoming trapped in low-paid jobs.

Kate comes from a teaching background and has more than 20 years’ experience working in education. She began her career as a French teacher and then became Head of Languages in secondary education – a background which is crucial to her charity work. She says: ““I have always believed in the power of education to transform lives and I feel that an awful lot of the world’s problems are caused by not knowing enough about one another. If people had access to information and education, then an awful lot of the misunderstandings could be solved. ”

She came up with the idea for Crisis Classroom after visiting the Jungle camp in Calais and realising that what refugees needed in addition to things like jumpers and toys was protection, skills-based education, and a new language. The thing that was most in demand wasn’t material things at all – it was people. “As I was watching the refugee crisis get closer to home, I thought I could be being more helpful by doing something I knew more about,” Kate tells us.

Rows of desks and textbooks aren’t things you’ll find inside a crisis classroom. All of the lessons are skills-based and aim to help with language acquisition because that’s what works best in the context of a camp like the Jungle. Kate says: “Everyone is just surviving in that present moment so it was about creating a model of education that could be completely flexible and that could work so you could build something out of what you had there at that time.” 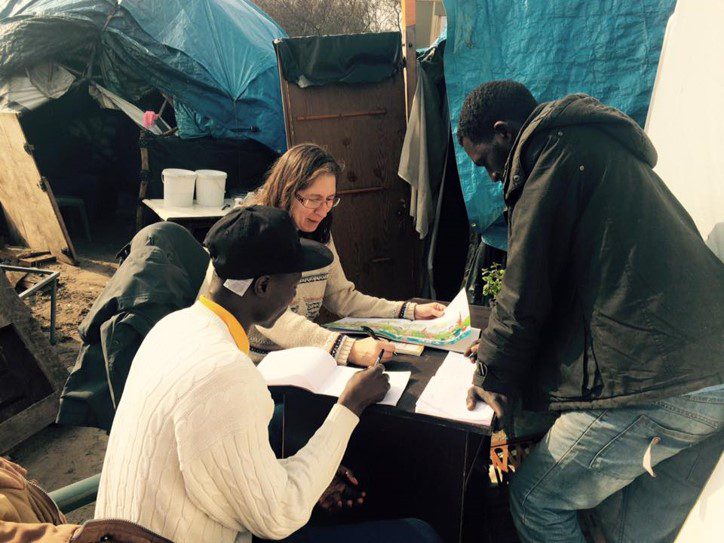 Kate’s biggest inspiration for setting up the charity was motherhood; she couldn’t help but think about how kids in Calais had to protect each other and grow up quickly. She’s got a daughter in pre-school and a son who has finished his education. She says: “My boy is almost a man now, but not in the way the young men I met in Calais needed to be. If the boot were on the other foot and it was my son who had to be in a situation like that, then I would want somebody to offer him something more than being terribly exploited. Without education, there’s no way to get through that experience  and out the other side.”

More than 60 volunteers have now been trained by Kate to deliver lessons. Some stay in Brighton while others jet off to camps in France, Germany, Bulgaria, and other European countries. Volunteers who stay in the UK help those who are disadvantaged in the community to learn to start their life again in a new language.

Kate prefers to send volunteers to camps for short stints to deliver high-quality programmes with a positive, vibrant attitude: “If you spend any amount of time in that kind of environment, it’s very tough,” she says, “You get secondary trauma and compassion fatigue, you don’t look after yourself, and you become ineffective as a teacher.” 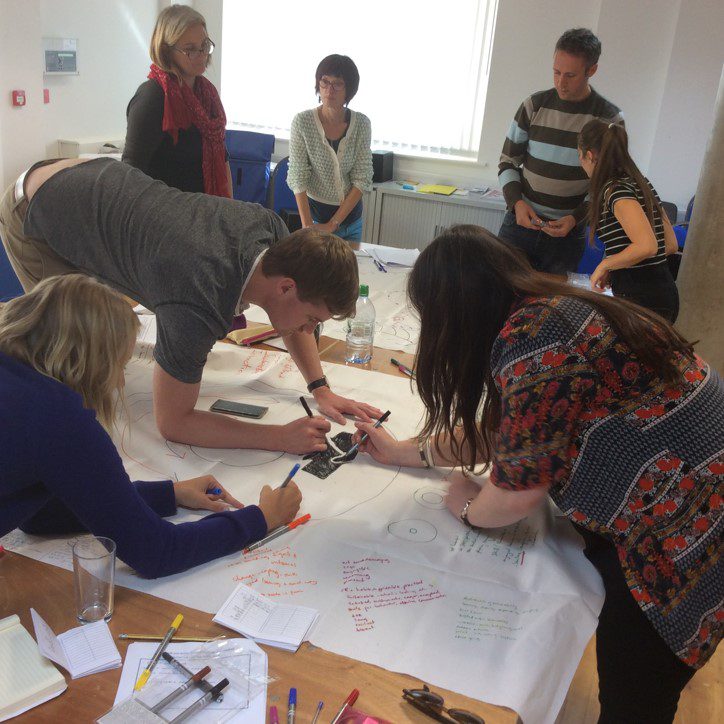 In addition to volunteer teachers, Kate is also looking for eight local businesses which are dedicated to helping those in need to back her classrooms for £500 each. Donations from the general public fund classroom supplies like pens, cooking equipment, and teaching resource kits.

Kate’s message to the world? “People are essentially all the same and the small things that are on the outside which are different are not who people are. If we can learn to see beyond our immediate differences and understand one another better, then we should be able to solve the world’s problems together.”

For more information on Kate’s great work and how to get involved, visit Crisis Classroom’s website or Facebook page.