Home Lifestyle Misinformation about illicit drugs is spreading on social media – and the... 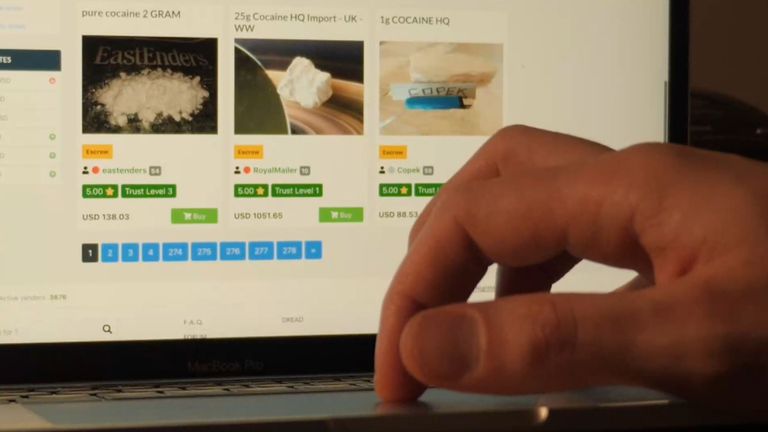 We’re all familiar with the term “fake news” and have probably witnessed the speed at which these stories can circulate on social media. Fake news stories can be about almost any topic, but increasingly misinformation about illicit drugs is becoming common. But the consequences of such false information can be dangerous – even deadly.

There tends to be a high level of interest about drug use myths on social media, driven in part by curiosity, but also fear of the unknown as some new and bizarre threat is reported – but often without any evidence to back up the hysteria. Some of this interest will be amplified by algorithms used by social media platforms, which tailor content based on user search history.

However, this misinformation is also further spread by mainstream media news outlets that pick up on the popularity and publish stories repeating the false information. Misinformation on social media is also easy to access, engaging, and may be shared by friends and family, making it appear more trustworthy. And, for many people, social media is the only place they get their news.

Dangerous synthetic drugs are common subjects of misleading “fake” news spread on social media. Given their potential dangers, it’s understandable that many people are concerned. This misinformation could be harmful, especially to those who may take the drug.

One such example is the deadly drug fentanyl, an opiate that can be anywhere between 50 to 100 times stronger than morphine. A myth that you can overdose even by touching a small amount of this drug spread on social media – and was even perpetuated by the United States Drug Enforcement Administration, which claimed that touching or inhaling airborne fentanyl could be deadly. As this warning was issued by a government department, many people took this misinformation seriously. It spread quickly and widely on social media even after the medical community agreed that overdose due to fentanyl skin contact is impossible.

Researchers tracked the spread of information about fentanyl between 2015 and 2019 by using a media analysis tool which was able to track the number of fake news articles created on and spread by social media, and could also track the number of potential views by looking at article shares. They found that erroneous information had a reach 15 times greater than correct information. Some of this included the myth about how touching the drug could be toxic. Most of this misinformation about fentanyl originated from Facebook posts created in Texas and Pennsylvania, and potentially reached 67 million people.

While fentanyl use might not be common, this sort of misinformation could have dangerous consequences. For example, a person might not help someone who has overdosed if they believe any physical contract with them – even to administer chest compressions – could cause them harm, too.

Other synthetic drugs, including Krokodyl and “spice” (a type of synthetic cannabis) have also triggered widespread misinformation. Krokodyl has been portrayed on social media as a chemical which can eat your flesh, even after only one use. Spice, on the other hand, has been described in the media as a drug that causes users to rip off their clothes as if it’s given them “superhuman” strength.

While it’s unlikely someone would take a drug knowing it causes severe damage, the idea of using something to gain extraordinary physical strength might entice potential users. In both instances, this information was wrong, but that didn’t stop them from going viral on social media.

It is often the young or naive that are victims of misinformation about some new drug or using a drug to achieve an effect. This is illustrated in a recent case when information about the antihistamine Benadryl was circulated on social media. Users reported that consuming this drug caused hallucinations and would challenge each other to take the drug, sadly at least one person died as a result.

Beyond these extreme examples, it’s also becoming routine to see misinformation on social media about drugs such as cannabis. In particular, claims being made about cannabis-based medicinal products, which suggest that everything from pain to terminal cancer can be cured. These are made despite the lack of research and evidence that support these assertions. Tragically this type of misinformation offers false hope to people who are often at a very vulnerable point in their life. These false claims are harmful in themselves, but could be really damaging if people choose to stop traditional medical intervention and use these products in the belief that their health will improve.

Read more:
How to spot fake news – an expert’s guide for young people


Misinformation about illicit drugs may also make them sound more appealing to people who aren’t risk adverse. For them the appeal is in the risk that the drug poses. Widely circulated fake news may even be the reason they try these types of drugs to begin with.

Finding ways of reducing this type of misinformation is important to prevent any dangerous consequences. Social media platforms have an important role to play in regulating information – should they choose to. Educating people in how to spot fake news, and better education for young people in schools about drugs may also prevent the further spread of such harmful misinformation.

We need to accept that there will always be interest in drugs and that false information about them will accompany that curiosity. Social media platforms have the ability to mitigate misinformation, but they may not have the will if an action threatens their commercial interests. So young people and their families are left to separate fact from fiction as they try to reduce the potential risks some drugs pose.

Kristen Stewart is relishing her identity as a queer celebrity

POD Brighton: A massage chair unlike any other