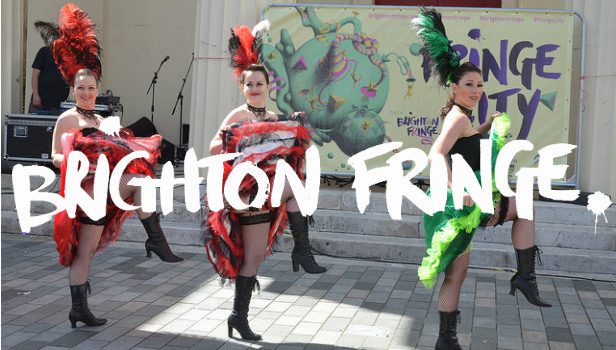 Brighton Fringe have just announced their packed programme for this year’s festival. A record-breaking 970 shows and events will be put on, including 300 world premieres and 100 international shows. 155 venues across the city will be used, so there’s sure to be something on for everyone.

The month-long festival of theatre, comedy, music, exhibitions, tours and films even has a brand-new main venue – Shiny Town at the Royal Pavillion Gardens. People’s living rooms, beach huts, cafes, parks and pubs will also all become impromptu performance spaces. The much-loved Brighton Spiegeltent is returning to the Old Steine, and The Warren will once again grace the grounds of St Peter’s Church. 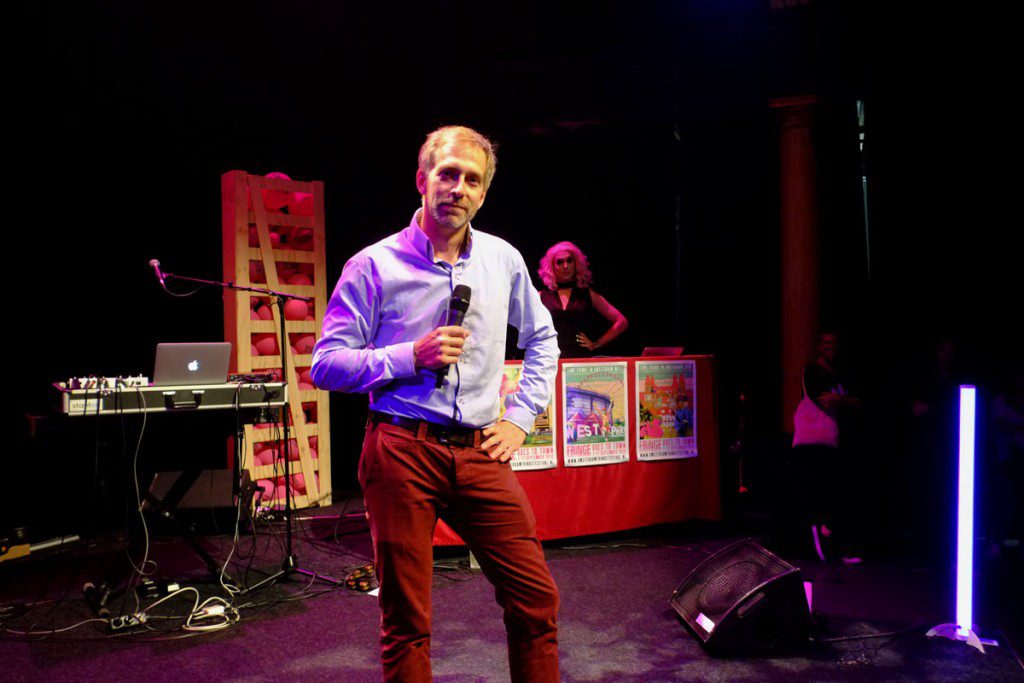 Julian Caddy, managing director of Brighton Fringe, said: “I’m delighted to see that Brighton Fringe is larger than ever but it’s important to understand why, and why it’s relevant to you. The arts should be open to everyone, not an exclusive preserve of the few, so the open-access platform that Brighton Fringe provides is a vital support for what is a universal means of self-expression.

“We are a small local charity that works year-round to help people to produce creative work, whether it be through the extensive, free, Fringe Academy workshops, over £25,000 in financial support in the form of bursaries, free registrations for award-winners and facilitating touring for local people to tour across the UK and abroad and foreign artists to come to Brighton & Hove.

“But in the end, it’s about having a good time; so, whatever you’re into, you are likely to find it at Brighton Fringe. It’s your festival and I can’t wait to experience it with you.” 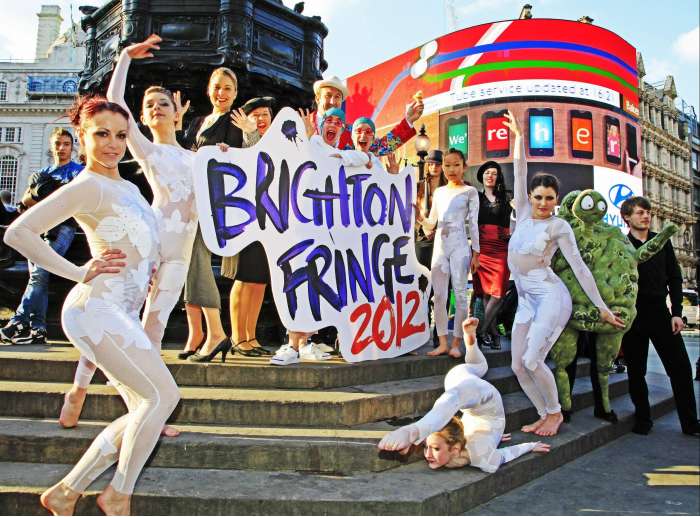 The festival’s creative street showcase, Fringe City, will bring the North Laine to life every weekend in May and will also be running on Thursdays and Fridays for the first time.

Highlights of the programme include 320 comedy shows from the likes of Scott Gibson, Boogaloo Stu, Tez Ilyas, Jerry Sadowitz, and many more. There will also be a grand total of 260 theatre performances, including We Are Ian, an homage to acid house which won the Brighton Fringe Award for Excellence at last year’s Edinburgh Fringe.

This year’s visual arts programme includes Hidden Voices, an evocative exhibition and screening of digital stories by children and young people with family members in prison, produced by Zap Art. Tim Andrews is also presenting his compelling photography exhibition Over The Hill, which documents his experience with Parkinson’s since his diagnosis in 2005.

Legendary performance artist David Hoyle will head up the cabaret and circus programme, which also includes offerings from one of the UK’s longest running cabaret companies Cirque du Cabaret.

Brighton Fringe runs 5 May to 4 June. Tickets are on sale to Friends of Brighton Fringe now and will be on general sale from 3 March. Visit www.brightonfringe.org or call 01273 917272 to book.

Featured image by We Love Brighton.

Meet Corinne And Lizzy Ahead Of Their Big Charity Climb