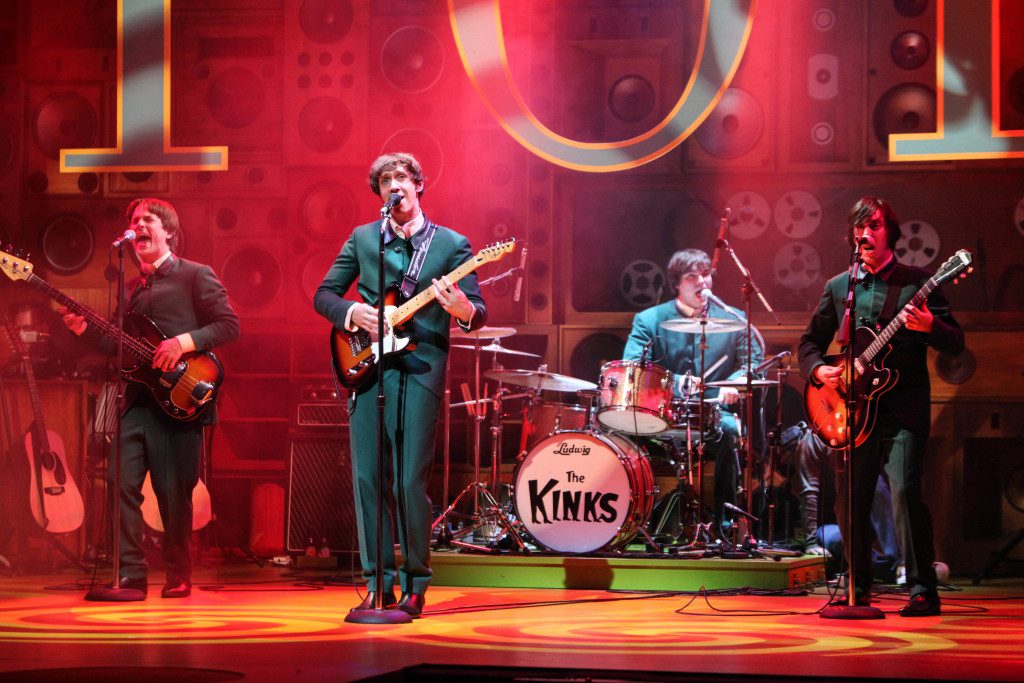 Sunny Afternoon at the Theatre Royal Brighton is the musical charting the early days of the The Kinks. This sharply written, beautifully acted and expertly performed production, who’s west end run ended last August, is a must see.

Sunny Afternoon is more than just a jukebox musical. It’s a show that skilfully adapts the Kinks’ hits we all know and love and uses them to tell the story of the infamously complex relationship shared by the two brothers at the heart of the band.

Ray and Dave Davies are two lads from Muswell Hill who soar to fame during the swinging sixties, in an endearing tale that has both class struggle and social mobility at its heart. Sunny afternoon certainly isn’t afraid to tell it as it is and doesn’t pull any punches when presenting us with the turbulent story of The Kinks.

After the band fail to conquer America due to arguments with a trade union and he is exploited by the music industry, drugs and drink pull Dave off the rails.

The production doesn’t shy away from the arguments and mental health problems that plagued the band, instead telling the complex story with heart and integrity.

The cast do a magnificent job recreating the sound of the group with every member picking up an instrument and performing some exceptional solos.

Ryan O’Donnell’s stand out performance as Ray shows a more sensitive side of the group, with moving numbers telling the story of his turbulent romantic life.

Singer/songwriter Lisa Wright plays Ray’s first wife Rasa, with the two dueting beautifully together. We see a softer side to Ray’s character during these intimate numbers.

A lot of the laughs are provided by Mark Newnham who gives an exceptional performance as ‘Dave the Rave’.

Director Edward Hall and choreographer Adam Cooper succeed in bringing energy and dynamism to the production, while Miriam Buether’s quirky set made of speakers is a work of art.

The unprecedented number of hits in The Kinks’ back catalogue come at you thick and fast. From a gritty rendition of You Really Got Me to a moving version of Waterloo Sunset, the music really is the backbone of the show. The songs keep everyone’s toes tapping and, by the end, there won’t be a dry eye in the house.

The show is running until 31 December at the Theatre Royal Brighton, before continuing its nationwide tour.