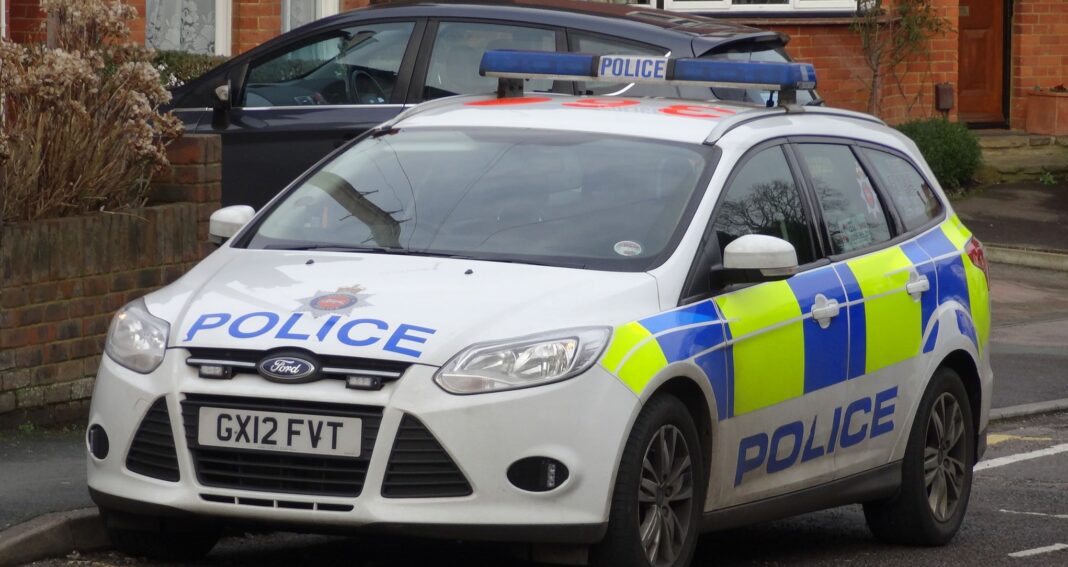 The shocking CCTV footage captured on camera in College Road, shows how he narrowly avoids colliding with officers on foot.

A total of 10 vehicles, including one police car, were damaged during the incident, at 11am on Sunday 10 December.

Officers had located the blue Ford Focus near to Hazelwick Roundabout on the A2011 Crawley Avenue. The vehicle was identified as having been reported stolen.

CCTV footage shows how a short pursuit ensued which led to the driver being detained and arrested in heavy traffic.

The driver was identified as 19-year-old Connor O’Reilly, unemployed, of Featherstone, Lingfield, Surrey.

O’Reilly pleaded guilty in court to all charges and was sentenced to 16 months in prison, suspended for 24 months.

PC Mark Robinson, who assisted in responding to and detaining O’Reilly, said: “O’Reilly’s blatant disregard for the law caused damage to several vehicles and compromised the safety of everyone in the vicinity, including numerous officers trying to apprehend him.

“Stopping when requested would have resulted in a considerably lower level outcome. Instead, he received a suspended sentence which means he’ll be walking a tightrope for the next 24 months.

“I would like to thank the members of the public in the queue of traffic at the time for their patience and understanding while we controlled the situation. It was a mercy that nobody was seriously hurt.”