Sunday Is Gonna Be Blue And White ! Brighton Celebrates Its Albions !

First time ever in the Premier League! Ever since they heard the big news on April 16, Albion fans in Brighton and Hove have shown their support to their heroes. This Sunday, they will celebrate the Albion’s promotion with a big parade along Brighton’s seafront.

Starting at Madeira Drive near Brighton Palace Pier at 5 pm, Albion players, staff and directors will slowly make their way down towards the Hove Lawns in an open-top bus convoy, giving their fans and supporters plenty of time to celebrate their team’s promotion.

The parade should make it to Hove Lawns at 6:30 pm. Albion players and their coaches will then officially be presented on an elevated stage. Two large screens will make sure that even those at the back of the crowd can view the proceedings. 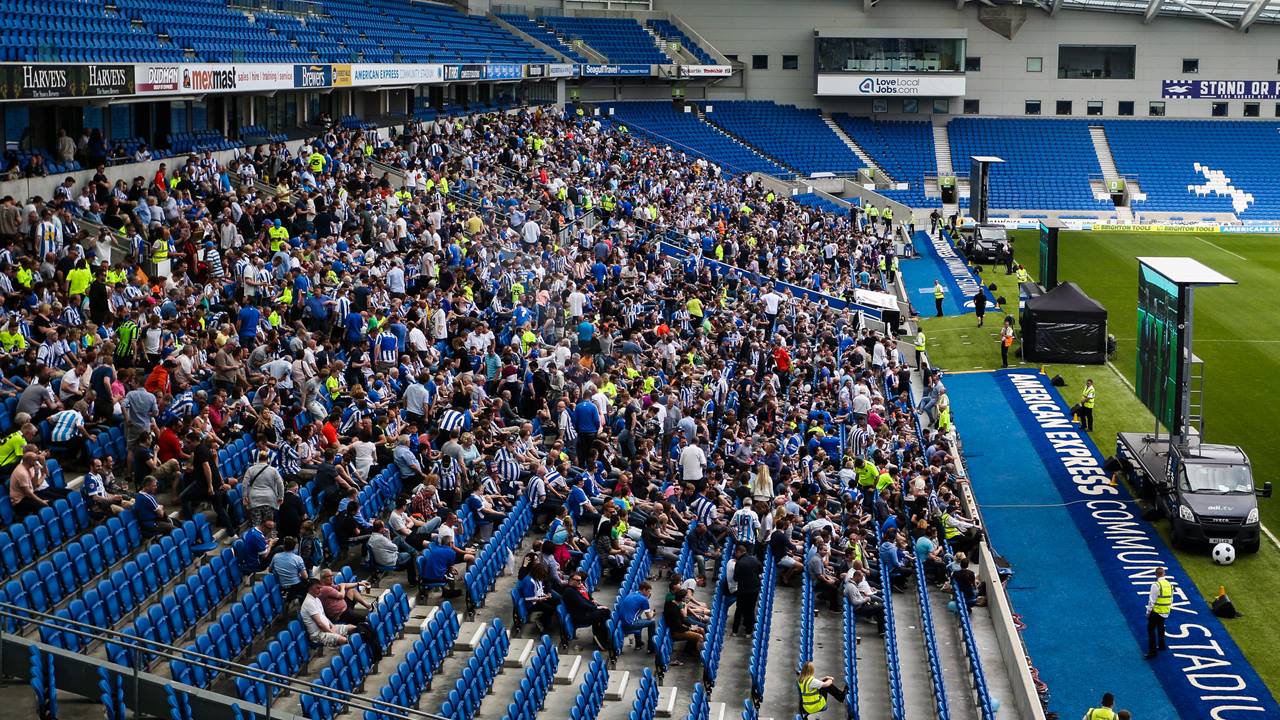 Fans can decide whether they want to walk with the parade or watch the live coverage from the Hove Lawns. For the event, the area will be divided into three zones A, B and C with screens being put up in each of these sectors.

Road closures will be in place all around the area and train users should prepare for long waits at Brighton station. So if you want to take part in the event, you should take the bus, walk or cycle your way through the city center.