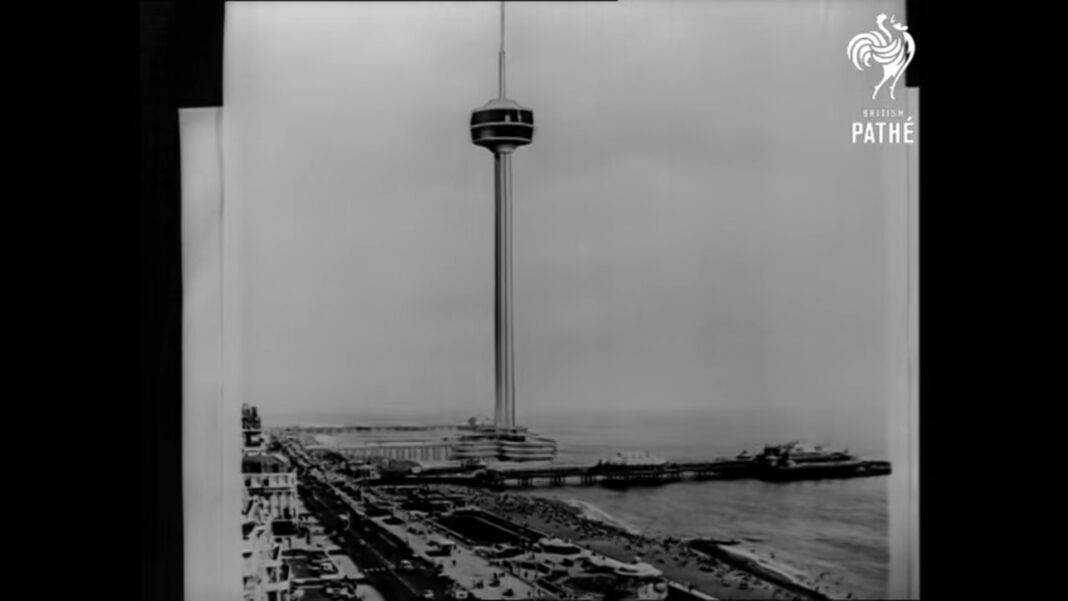 Brighton’s 162 metre-high i360 opened last August after 2 years of construction, but it was not the city’s first attempt at an observation tower.

Black and white Pathé footage from the ’60s reveals a proposed project which bears an uncanny resemblance to the tourist attraction.

The structure would have been built on a jetty out to sea and sat between the West Pier and Palace Pier.

The footage from 1964 shows a scale model of the tower being inspected by three entrepreneurs – Captain Raymond Phillips, Charles Smith-Bingham and John Bickford-Smith – discussing the plans at one of their homes.

Check out the video below: