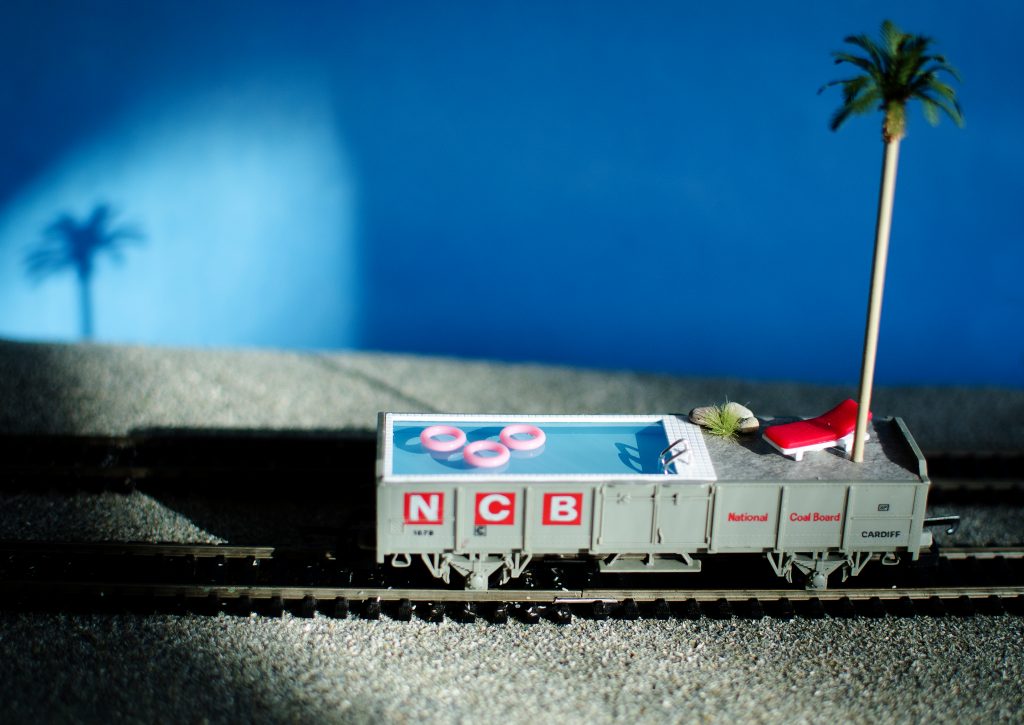 Brighton shoppers can watched a tiny city unfold before their eyes in this tiny pop-up art exhibition in the winding Lanes.

This November and December, 43 Urban Artists have been brought together to work on the colourful cynical diorama. Well-known names of the Urban Art scene have contributed to each colourful piece. They might be small but they pack a political punch.

The exhibition, Urban Miniatures, includes trains, signs and buildings. The exhibition features everything from a block of flats, a Tesco’s, and a Ronald McDonald sign saying, “You’re going to die.”

“Graffiti doesn’t have to be this negative thing, it can be really positive.”

This exhibition is the creation of Pam Glew and Emily Paxton. Both curators are mothers to boys and have spent far too long around toy trains. The show is a celebration of the urban art scene. Whilst also being a festive shop that welcomes both art collectors and miniature fans.

Emily and Pam met in Brighton in 2004. Together they created PaxtonGlew. Since then they have built a creative career together. Emily is a freelance photographer and lecturer who has run pop-up exhibitions. Pam has exhibited internationally as a textile artist, commissioned by brands such as Armani, Ralph Lauren and Microsoft.

The workshops will start on Thursday 28th November. Classes include wreath making, cyanotype, terrarium making and furoshiki gift wrapping with block prints. They are led by Emily and Pam. To find out more about the workshops, including times and tickets, click here.

The Urban Miniatures exhibition will be open until the 22nd of December.