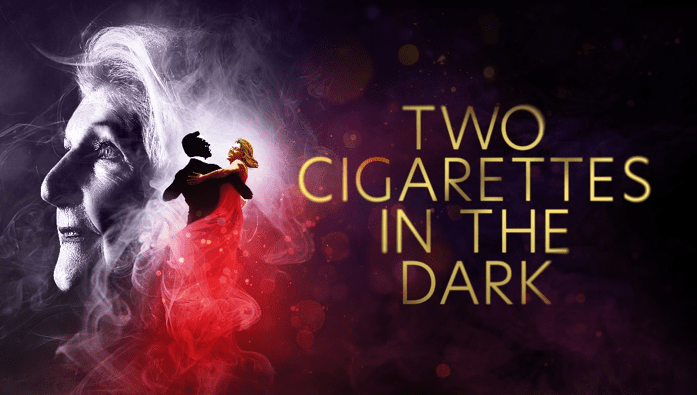 Casting is announced for the UK tour of Two Cigarettes in the Dark, a brand new play by Stephen Wyatt, directed by Alan Strachan, designed by Simon Higlett and produced by Jonathan Church Theatre Productions and Cambridge Arts Theatre. The production will play Theatre Royal Brighton from 4-9 April 2022 as part of a UK Tour.

As previously announced Dame Penelope Keith (renowned for her many acclaimed roles on stage and television including iconic sitcoms The Good Life and To The Manor Born) will play Isabel.  She will be joined by Liza Goddard (whose extensive credits include numerous plays by Alan Ayckbourn, most recently the UK tour of Relatively Speaking, and TV classics such as Bergerac and Doctor Who) as Gwen. Michael Lumsden (who plays regular character Alistair Lloyd in Radio 4’s The Archers and is currently on stage performing in While the Sun Shines at The Orange Tree Theatre) will play Matt.  Natasha Magigi (whose stage credits include Pericles, Twelfth Night and The Comedy of Errors for The Globe, Don Quixote for the RSC and The County Wife for Chichester Festival Theatre) will play Winsome. Timothy Watson (known for his long running role as Rob Titchener in Radio 4’s The Archers and recent stage credits such as the UK tour of The Winslow Boy, Shadowlands at Chichester Festival Theatre and Beaux’ Stratagem at National Theatre) will play Luke. The company also includes Juliet Garricks (who makes her professional stage debut with the production) and Hilary Tones (who was most recently on stage in C’est La Vie….Sarah Bernhardt And Me at The Playground Theatre and A Short History of Tractors in Ukrainian at Hull Truck).

Bright, witty, and fiercely independent, Isabel is not ready to let go just yet.

In a series of encounters with an old friend and her two sons, by turns funny, startling and poignant, home truths are exchanged, and her past begins to emerge.  As Isabel confronts her own hidden regrets and family secrets, we learn what hides below the surface of this proud mother, wife, and friend. Finally, Isabel is able to make peace with her life and say goodbye.

Two Cigarettes in the Dark is written by Stephen Wyatt, directed by Alan Strachan and designed by Simon Higlett.  The lighting designer is Jason Taylor, sound design is by Gregory Clarke and casting is by Helena Palmer CDG.