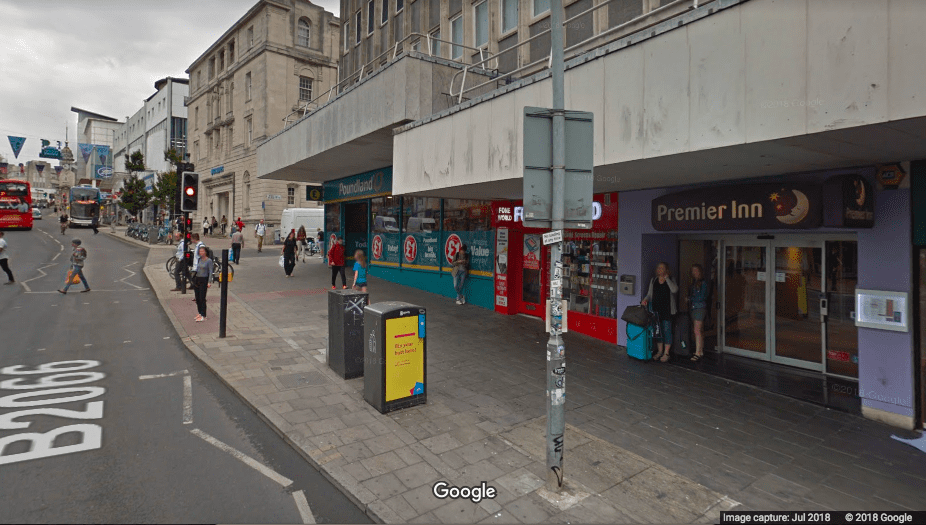 Sussex Police have released new images to help identify a man detectives would like to interview in connection with a rape at a hotel in Brighton.

Police were called to the Premier Inn on North Street, Brighton, just before 1am on Saturday 15th September after a report that a woman in her twenties has been raped in a hotel room.

Detective Constable Jenny Pietersen of the Brighton Safeguarding Investigations Unit said: “If you think you recognise this man from the photos and descriptions, please get in touch with us.

Police have said the woman is now receiving the support she needs from specially trained police staff to help her after the attack.

Ms Pietersen also said all information give to the police in connection with this case will be treated in confidence.

The man in the images is described as white, with dark hair and beard, in his 20’s, and of stocky build.

He was wearing a white shirt, black tights trousers, and dark shoes with a silver-coloured watch on his left arm.

Police believe the man might be called Tom and may be local to the Brighton and Hove area.

If you have any information in connection with this case, you can get in touch with Sussex Police online or by calling 101, quoting serial 251 of 15/09.