Home Sports A look at the 2017 Women’s Euro Final 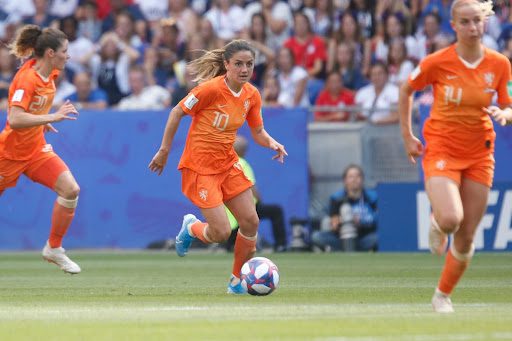 It’s been five years in the making but the Women’s European Championship has come round like a flash, and with the tournament being held on British shores for the first since 2005, it’s safe to say things have lived up to expectations. Just 12 months ago the men’s team came within touching distance of winning Euro 2020 at Wembley, narrowly missing out on a place in the history books after losing the final on penalties to Italy. And now the famous North London stadium will be called into action once again for the showpiece event on July 30th.

The coronavirus pandemic really threw a spanner in the works of tournament organisers UEFA, who had planned for it to run last year, but with everything postponed it has meant fans can return stadiums throughout England, with the opening game at Old Trafford producing a record-breaking sell out crowd.

The game has made massive strides even since the last tournament in 2017, where the Netherlands won their first title against Denmark, who perhaps over achieved when it comes to the Women’s Euros betting odds. Read on, as we discuss the main talking points from Holland’s 4-2 victory on home soil.

It had taken 22 years but Germany were finally dislodged from their throne when Denmark stunned them with a 2-1 win in the quarter finals. They had won the last six tournaments and looked nailed on favourites to continue their superiority with the UEFA Women’s Championship tips after blitzing the group stage with relative ease. The Danes held their nerve though and a late winner from Sanne Troelsgaard Nielsen gave them the momentum to book a place in the final after beating Austria on penalties.

Having beaten England 3-0 in the semi-finals, and conceding just one goal in the whole tournament, it must have come as a shock to the Netherlands when Nadia Nadim scored a penalty in the sixth minute to give Denmark a surprise lead. The underdogs continued to show their resilience when they clawed a second equaliser back to cancel out Lieke Martens’ strike. Level at the interval and almost overwhelmed by the occasion, it took the first half for Holland to settle down but once they did, they punished the Danes with devastating effect.

The game quickly fell into the Dutch sides favour — Sherida Spitse making it 3-2 before some solid defending prevented another capitulation. Any hopes of Denmark sniffing out another late goal and forcing extra time were quashed when Vivianne Miedema grabbed her brace to ensure victory in Enschede.

A lot of credit has to be given to Netherlands coach Sarina Wiegman, who instilled a winning mentality in her side from the off. Just the fourth different manager to win the competition, the former Ter Leede player assembled a great side and set them up in the right way, especially in the final where hot weather and fatigue have to be taken into consideration.

At the end of the game she heaped on the praise for her side, saying:  “It was a great final, with two teams that really wanted to play football, and really wanted to win. Both teams played attacking football and six goals in an exciting match is a great advert for the women’s game. I thought we deserved it, but Denmark showed they deserved to be here too.”