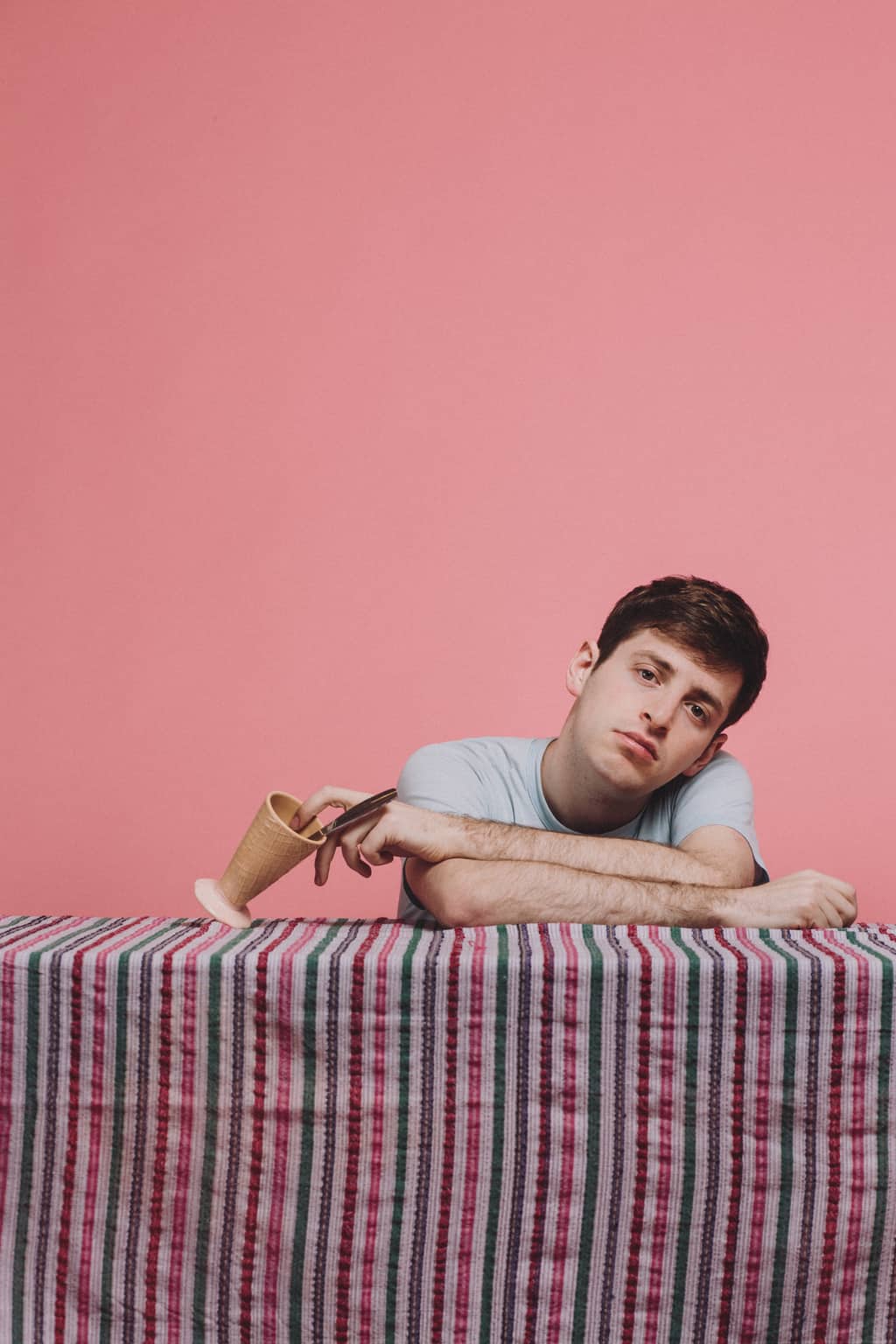 Next week comedian Alex Edelman brings his acclaimed show Just For Us to Brighton. This particular show has been seen Edelman nominated for the Barry award at Melbourne International Comedy Festival, earned him the prestigious Herald Angel award and seen him nominated for the Edinburgh Comedy Award Best Show. In fact, it’s proven so popular that the Brighton date has already sold out and they’ve had to add another performance. In addition to this the new series of his BBC Radio show Alex Edelman’s Peer Group is hitting the airwaves, and his face is appearing more and more on television. We had a chat with him ahead of his much anticipated Brighton visit…

Congratulations on the current radio series of Alex Edelman’s Peer Group – I’m really enjoying it. What made you decide to tweak to the format and have comments from the audience as opposed to from your friends?

Thanks so much. Well, look. A lot of the series is still informed with chats I have with folks like Brandon Wardell and Caleb Synan and Jak Knight – who are amazing social media follows. Everyone from series 2 remains politically and socially conscious in a way that is so impressive. Rebecca Nicholson and David Burstein were consultants on this last series.

But I also found myself really having great chats with younger folks who weren’t in entertainment – the single most important contribution came from a few hours spent with Greta Thunberg and other folks at a Los Angeles climate march rally in the fall of 2019.

So I decided to have some of those chats on-air with college kids who came to those gigs. We recorded intentionally in student unions even though it meant audio was a bit of a nightmare and the audience couldn’t be perfectly mic’ed. I wanted listeners to get a sense that the stuff that I’m talking about is what young people are concerned with.

Are you wary of being labelled a voice of a generation, with your shows initially speaking from a specific age group perspective?

No. The show is extremely personal to me, and Millennials and Gen Zers are so impossibly diverse in their thinking that assuming my perspective is far-flung enough to represent them all would be a real shitty move. With that said, every voice from a generation is the ‘voice of a generation.’ That’s one of the slim beauties of the internet, which is that it’s this chorus of voices telling us how they feel and what they think and what they’re concerned about and what they want.

Which handful of people would you say are the voice of your generation -as you specifically experience it – and why?

The best musicians – Matty Healy from The 1975 – and activists – Greta is a good one, obviously – have a gift for reflecting, distilling, and amplifying the voices of the public as they see it. They’re great listeners and speakers. They’re authentically earnest and they aim for real authored and brilliant and editorialized expression. They’re so exciting. The 1975’s last album tries to get its arms around what the modern condition is. And I think they did it so beautifully. The next album seems like it’ll be even more ambitious. Most exciting band in the world today and the writers of the theme music to Peer Group, btw.

This show, Just For Us, was written after a year as staff writer on CBS’s The Great Indoors – how difficult is it to switch from writing for a multi character sitcom to your own stand up?

The two actually help one another. The showrunner on that – Chris Harris – had a gift for giving characters their distinct voices and knowing how they’d act and behave. I learned a lot from folks on that writing staff. Liz Feldman, Austen Earl, Craig Doyle and other upper-levels all had such great and unique instincts and I learned a lot. For example, Liz – who has just done “Dead to Me” on Netflix – has such a preternatural sense for tone and scene and I kept a lot of that in mind when I was crafting Just for Us from a true story into a show. 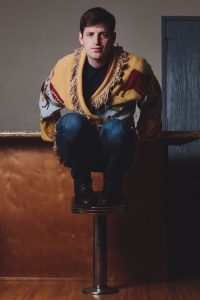 The Great Indoors did a good job of highlighting experience gaps between generations – now that you’re in your 30s what do you see the youngsters engaging with that bamboozles you?

I think people are extremely quick to bite into stuff that’s divisive. I hoped younger people would be immune to it. They aren’t. No one is.

What would be your dream writing job?

Any one where I could work for an older friend and learn a lot, with lots of creative freedom, dedicated producers, and a writer’s room where everyone says what they think without fear of repercussion.

What long-running series would you like to derail if you were in the writers’ room, and how would your story go?

Hmmmmm. I think it would’ve been really weird and interesting if they killed off one of the Friends characters in the last season. 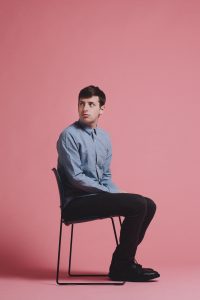 In a time when everyone has very real worries and concerns, what never fails to brighten your day and make your perspective a little lighter?

Videos of dogs doing stuff, or professional athletes having fun.

What question would you like to be asked in interviews, but never are?

Stuff about novels. God, I love a fun novel.

Are you looking forward to coming to Brighton – does it register as any different to any other location on a tour to you?

Mate, yeah. Brighton’s the best. One of the first places I ever performed in the UK outside London – I was supporting Simon Amstell – and I’m thrilled to be coming back. The first show is sold out already so we’ve added another. People are sharp as hell here. And the restaurants? Chef’s kiss.

Where is your favourite kind of venue, and location, to perform stand up?

Kind of Venue: Any one that’s packed with engaged, diverse, interested audience members and other comedians I get on with.

Location: Any place that is home – Boston, Los Angeles, New York – or  feels like one – London, Brighton, Manchester, Edinburgh.