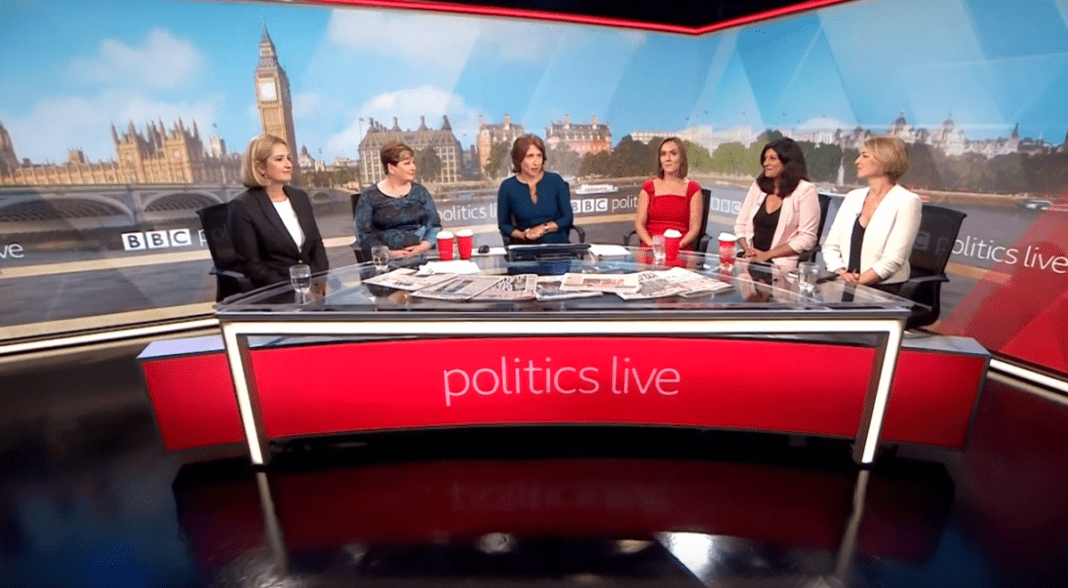 The BBC’s incoming director-general, Tim Davie, is reported to be considering how to balance the broadcaster’s comedy output to showcase both sides of the political spectrum. This has found favour in some quarters – Conservative MP Ben Bradley told the Daily Telegraph that: “In recent years lots of BBC comedy shows are just constant Left-wing rants about the Tories and Brexit.”

I am not going to argue today that comedy is or should be apolitical – society is political, and comedy reflects society. What I am going to argue is this idea of balance is erroneous because of the fundamental nature of comedy. Comedy is always counter-cultural and counter-hegemonic – by its very nature, it fights against the dominant culture and works to actively undermine it, regardless of the leanings of its proponents.

There is a concept in political science called the Overton window – a term used to describe the range of ideas that voters find acceptable on any given topic at any given point in time. This theoretical window represents the public perception of political ideas. Policies towards the middle are perceived as sensible and prudent and become more niche and radical the further one goes in either direction.

One of the most interesting concepts of the Overton window is that it can move in response to political and societal changes. This holds whether they are as sudden as the result of a referendum or as slow and gradual as a decade of one political party being in power.

Comedy in the media exists to examine ideas considered acceptable by the political majority from points of view that would be considered unthinkable by those in power. In this way, it functions as a critique of the dominant culture, making it an inherently out-group activity.

The more the Overton window moves to the right, the more left-leaning points of view become dissenting ones to be leveraged by comedians. It’s not that right-wing comedians don’t exist, it’s that the predominance of right-wing political leaders means the culture is currently less welcoming of non-dissenting views because they would be seen as a defence and not a criticism.

Conversely, when the Overton window shifts more to the left – as one could argue it did during the decade New Labour (1997-2010) were in power – the targets of comedy shift accordingly to maintain its fringe status. I would argue it is no coincidence that two of the comedy shows broadcast at the height of this era, Bo’ Selecta! and Little Britain, have both come under fire for their portrayal of black people.

Britain under New Labour was bemoaned in the media as being “politically correct”, so the natural route for comedy was to see how far in the other direction this could be taken. One only has to look at the targets of ridicule evidenced in Little Britain – working class, disabled, unemployed, the uneducated and immigrants – and it becomes clear that each was chosen as a reaction the politics of the time: groups who, under that government, were considered worthy exponents of political capital.

This is not to say that David Walliams and Matt Lucas are automatically right-wing comedians, nor that any of the other shows broadcast at that time fall into that category by fiat. What I am highlighting is that, whatever the dominant political culture is, comedy will always work against it. Comedy in its own way is the dark mirror of politics – reactive, reflective and populist, always pushing for the fringe of acceptability, rather than for the centre, because its job is to critique policy and not to dictate it.

The fundamental reason that so much of mediated comedy shows consist of criticism of governmental policy and Brexit is that this is where the centre of the Overton window lies. The referendum in 2016 and the four subsequent years of media coverage that have followed have shifted perception so that “Euroscepticism”, and all its associated baggage, have moved from a fringe to a dominant view. Meanwhile, the idea of remaining in the EU has been pushed to the fringes as the preserve of sore losers and those against democracy.

What those bemoaning the lack of conservative viewpoints within comedy as a medium fail to understand is that this is comedy behaving as it always does. The fact that criticism of the right-wing has reached a saturation point in comedy is not because right-wing voices are stifled or underrepresented, but because they are so overrepresented within the political landscape that they can no longer perform the basic function of comedy: dissent.