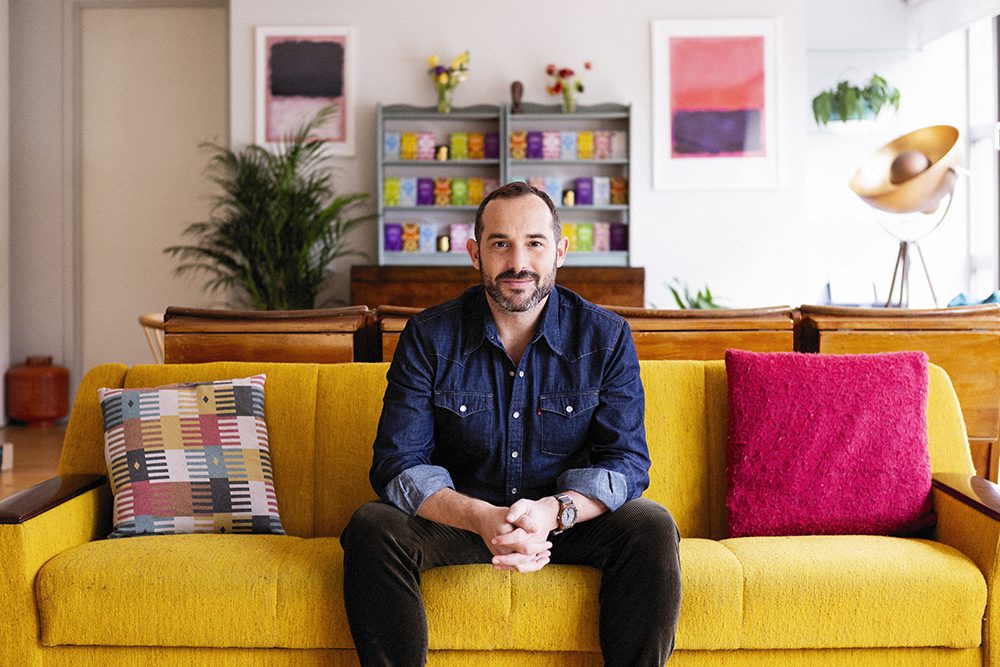 It had been in the back of my mind for a while, and not just a little while – years and years. At my local yoga studio the teachers tended to finish off with a little five minutes of meditation, but I was never really there. I was just looking forward to getting out of the class, to starting my day, and to getting my first – or second, depending on the time – shot of caffeine.

I had tried meditation. I had tried and basically, failed – epically.

That was 15 years ago, and really it was the most basic sort of meditation. It was the practice of mindfulness where you practice focusing on your breath – which is supposed to centre you, ground you, make life easier, and give you the calmness that we are all looking for.

Well, if like me you have tried it, you will know it is very, very difficult to focus your mind on your breath without losing focus and drifting off. One thought usually leads to another, I got very frustrated at the lack of results and basically gave up.

So I always thought, Well, I have tried and it just didn’t work out. But yoga is not a bad medium, after all. 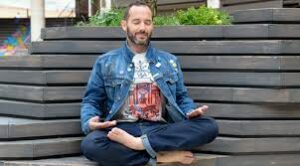 But oddly, a few things kept popping up on my social media. It was Beeja meditation and some very funky photos of Will – the founder and chief meditator and former long resident of Brighton. The photos worked, they caught my interest but I thought, I have already tried this!

The pictures and the timeline of different people talking about their successes did however get me thinking that I would love to be this serene and calm while the world around me was falling apart – as the pictures often depicted. But I just didn’t bother to look any further.

Of course, I added him on my Instagram and whenever I saw his timeline I must admit that I kept thinking he really does seem very happy and annoyingly I was a bit jealous of course but couldnt help thinking ,  I really wouldn’t mind a bit of whatever he has taken.

Then a few odd things happened this year. While I was reviewing a hotel and a separate health centre, on completely different occasions, I met two different people who both mentioned that they had been to London recently (both lived way outside) to take part in a meditation course, and both had been on Will’s weekend course. Entirely coincidental.Both had loved it and both had told me the benefits they had experienced. We chatted more and more over email and again both of them enthusiastically insisted I should look into getting a place on the course, or at the very least read his book.

Humm, I thought, I actually think this guy may be the real deal!

However, Covid then kicked in and brushed that all aside, but my curious nature got the better of me and I eventually emailed Will to get a date set for the now-virtual course.So after a month, a few emails and a brief introduction, I was all set and our weekend course came around.

Friday, the initial day, was the day for all our introductions and our most important part – our sounds for our own mantra. It was an introduction really, to meet our group and more importantly, meet Will – albeit online. So it was a nice little intro, very easy.

And as expected Will came across as extremely laid back with an enviable innate inner peace that we essentially we are all searching for in this chaotic world . In fact billions are spent globally trying to find our inner zen and a boat load of books too.

After the introductions, we were told to do our first 20-minute meditation that night, and again in the morning – before the day course. Both days consisted of three hours, from 9am to 12pm.

What surprised me was the initial feeling I had on the Friday night .We did one small session collectively on the Friday, and then one by myself on Friday evening. Now, as a regular wine drinker, on Fridays I am normally one to be opening up a bottle as soon as I get in the door from a long week at work. But I noticed that this urge was not so much there. I felt I could leave it until maybe after dinner, and maybe not have any at all. I was genuinely taken aback this had such an impact. But I was also thinking there is no way it can be this easy to achieve this zen-like feeling.

We would see over the weekend.

So Saturday came, and the session was due to last most of the morning. We started off by making small introductions to a group of approximately ten people – mainly young workers in their thirties who, like me, had been recommended the course by friends and family.

We all discussed the various reasons we were attending the session and what we were hoping to gain from it. Like everyone else, I was so intrigued to hear why so many people were turning to Beeja meditation and what was behind all the good stories I was hearing.

And it was great listening to Will. He explained how Beeja is different to other meditations, and why. It was so interesting listening to reason so many of us are having issues with our modern day lives. 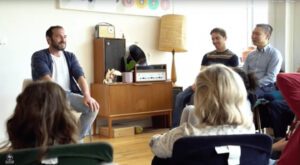 What was fascinating was that he gave us a run-down of ourselves i.e. the human race, and what has been happening to us since inception, and it made sense – particularly why we have gone into serious stress mode as a race. There is a reason why the health and the self-help industry is worth billions.

We are our own worst enemies: we never give our bodies a chance to recharge as we are constantly in a mode where are bodies are on high alert. Our ancestors on the other hand foraged to look for food, which was physical, and once they caught their prey the day was done. Then came the industrialised society and oil discoveries, which allowed a scientific revolution to start and which has led our lives to speed up uncontrollably. The introduction of the smartphone and 24/7 information access has then impacted our brains, causing us to have 100,000 thoughts a day, with the many, many stresses that go with that.

The problem is, as Will explained, the amygdala (a part of our brain) doesn’t recognise a small stress from a big one and so is constantly triggering a stress-response, which is leading to high blood pressure, more stress, and so on.  The cycle is basically endless.

Will also told us that, like me, many people suffer from an overactive brain, which is actually the left-hand side of the brain going into overdrive. With meditation, he told the group, this is calmed down, and it helps us make better decisions without procrastinating. It helps us focus better and helps us to just be in the moment more, whilst also being more conscious.

He talked to us about how our brains accumulate so many negative memories and impressions, which are known as samskaras – a.k.a scars. 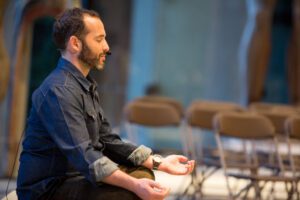 From there he spoke about the adrenal glands, which are very overactive and can cause trauma or even extreme negative thoughts, but meditation allows you to purge these emotions while reducing anxiety.

He reeled off stories of people who came to see him with all sorts of issues, ranging from extreme anxiety to depression, and how he helped them – and the ways he did.

He explained to us how meditation had extended someone’s brain coherence by 10 to 12 per cent, which is remarkable, and also how he helped someone’s blood pressure reduce down from being close to a stroke when he arrived for a course to literally quite healthy levels. He also told us how it has increased the alpha results for the brain, and the blood oxidation that takes place as a result.

There were many, many things that surprised me – the fact that meditation can even help with gout reduction, as well as general detoxification, which is helped by changing the hypometabolic state. There were so many scientific issues that he discussed. For dieters, it also hugely helps with metabolism – essentially, it helps to kick start it, as well as helping make intestines perform better, and helping the gut microbiome. There was a whole myriad of topics, which were actually quite astounding, as I have many friends who practice meditation but they never mention these types of things.

As the Saturday progressed and after he’d reeled of so many advantages of practicing meditation, he then taught us how to meditate – what the key to it is, and how you should approach it. And so we did, and we asked our many questions after – which happened on both days. Saturday was the big day of really teaching us about meditation – the history of it and why so many people are now turning to it. We then finished off with a twenty-minute practice.

Sunday was when we talked about how to gain the most benefits from meditation, which was fascinating again. In fact the whole weekend was a pure education of the mind and body, and essentially, how meditation helps in so many ways.

What was reassuring was the fact he kept telling us to approach it with nonchalance – don’t force it, let it ride and it will come. But just keep repeating the mantra, do it for 20 minutes a day, twice a day, and he promises the results will come.

And for me, they have – sometimes it is very frustrating as it isn’t always easy, but my overall balance is better. I’m more relaxed and calm, and in this crazy world I think it is one of the best tools you can be given.

Cuba’s Castro dynasty has officially ended – whats next for Cuba and the USA?