Brighton and Hove Albion’s first pre-season fixture is almost here, and there is plenty going on behind the scenes. We’ve got the lowdown on the Valencia friendly as well as quotes from the manager and players. Featured Image © Brighton Facebook 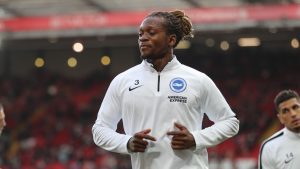 The Seagulls returned to training this week, the first sessions that new manager Graham Potter has overseen. Lewis Dunk, who had a hugely successful campaign last season had this to say, ““The first few days back have been good, meeting the manager and his staff, and learning a few bits about the pre-season that’s coming up. The hard graft starts now.” The squad jet off to Austria this weekend for high intensity fitness work and some bonding time. Integrating new faces Leandro Trossard and Matt Clarke will be a job for experienced players such as Dunk and Gaetan Bong (pictured). “We’ll probably have a few team-bonding exercises out there, so it should be a good trip for everyone. We must prepare ourselves in the best possible way for the upcoming season.” 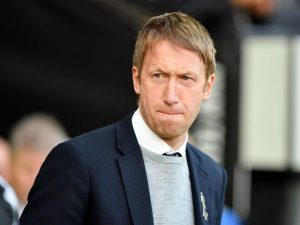 Manager Graham Potter has this week spoken about the importance of approaching the season with hope and ambition, particularly when facing the top six clubs, “We need to have that belief and courage, but just having that idea and those words doesn’t mean you are going to do anything. You need to have an idea, a plan and some luck – all that sort of stuff, but we want to go into every game with that humility and try to win.” Before the league season starts, Potter’s side will face a team who fall into the top-class bracket; on Friday 2nd of August Spanish giants Valencia visit Sussex – surely the pick of the summer friendlies. A week before that fans will have the chance to attend an open training session at the Amex. Tickets are on sale to season tickets holders and members now, with general sale following next Tuesday (9th). But before all of that, over in Austria it’s FC Liefering on Saturday for the Albion. 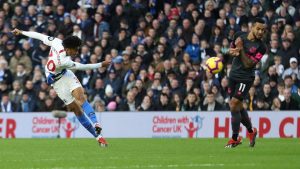