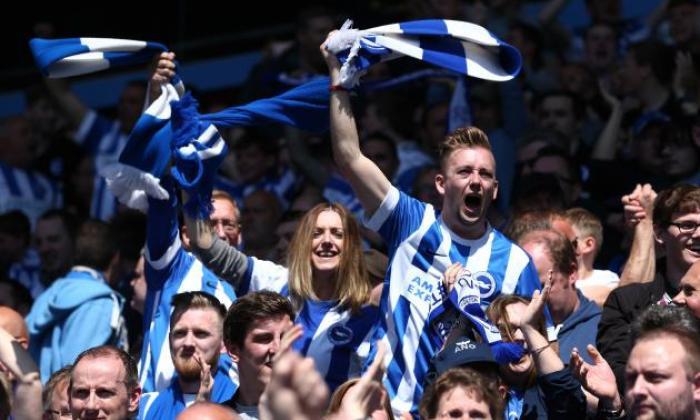 All is fairly quiet on the East Sussex front this week, but as the new season edges tantalising closer let’s explore the news, the rumours and the mood around the AMEX stadium.

Contrary to widely circulated rumours, the Seagulls will not travel to Manchester on the opening weekend of the season this August. They will in fact make the shorter yet no less challenging trip to Watford. Local fans will be relishing the second scheduled fixture more than the first. West Ham are the side to visit the south coast on the weekend following the Watford away day. Then comes another home game, this time against Southampton. New boss Graham Potter will be quietly optimistic about the the prospect of taking points from these three southern teams so early in his tenure. Moreover, everyone associated with the club will be buoyed by what looks to be a generous run of games. 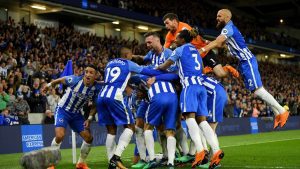 The biggest transfer news for the Albion this week revolves around Belgian winger Leandro Trossard, currently applying his trade with Genk. The goal-scoring attacker was hugely impressive last season, captaining his side to the Jupiler League title, and that is reflected in the quoted asking price – £18 million. Potter will be hoping himself and the board can persuade a player who is also attracting attention from big names in Germany, to make Brighton his new home. There is plenty of competition in the wide areas for the Albion but inconsistency and injury plagued all of their pacey players for much of last season. Trossard has the pedigree to solve that problem and making him their top priority for the summer may just lure him to England. When asked about the possible signature of the Belgian, local fan Jared Evans quipped, “According to Genk fans he’s a great player when he’s sober, so he’ll fit in with the drinking culture we have in our dressing room. I’d rather we were looking to acquire a central midfielder or a forward.” 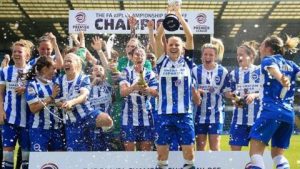 Season tickets for Brighton and Hove Albion Women’s team are now on sale. They are preparing for their second season in the Women’s Super league after a successful maiden voyage saw them finish 10th. Their home ground will once again be The People’s Pension Stadium in Crawley and tickets are a bargain at £3 per home game. To find out more click here BrightonAndHoveAlbion.com/tickets.

Back to the men’s first team, and sponsorship packages for the 2019/20 campaign are now available, with the confirmation of the fixture list helping to whet the appetite. Businesses can choose to sponsor the match, the ball or the kit, and exposure to a mass audience will be greatly enhanced by a third successive season in the Premier League. Sussex enterprises are of course encouraged to get involved – all information can be obtained by emailing commercial@bhafc.co.uk.