Colin Grant, Brighton author & historian, has slammed the Government in a recent Guardian interview stating that he was “ashamed at the reckless and callous treatment of the most vulnerable members of the Windrush generation” and demands compensation.

His new book ‘Homecoming -Voices of the Windrush Generation’ is being launched in Brighton this week, as part of Brighton & Hove Black History Month. 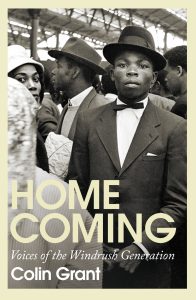 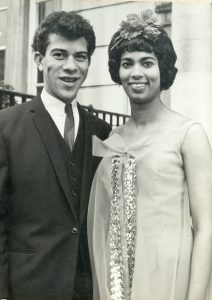 Named after HMT Windrush, this has become the name of the mass migration of workers from the Caribbean who were recruited by the Government to help rebuild post-war Britain from 1948-1971.  In 2017, news of the Government scandal erupted, when it emerged that members of the Windrush generation who had lived and worked here for decades were told that they had been living in the UK illegally. 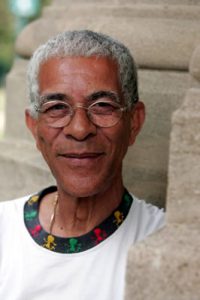 Featured in his book is Bert Williams (pictured with wife Shirley ) who has lived in Brighton since 1967.  Now a local historian & founder of the Brighton & Hove Black History project, Bert arrived in the UK in 1957 with his two sisters who were recruited as nurses from Jamaica. Princess Margaret had led the recruitment drive in Jamaica and they were expecting a land of royal opportunity but got a shock when they arrived in their bare London dwellings “with a bathtub hanging on an outside wall”.  Bert later joined the RAF and arrived in Brighton in the summer of 1967 with his wife and baby in their first Brighton home in Egremont Place. His first impressions of Brighton were “like a land full of colour”.

Awarded an MBE in 2011 for his voluntary work, Bert is still vocal about racism and inequality and is keen to fight to keep Brighton’s BAME (Black Asian & Minority Ethnic) community safe. With 19% of Brighton & Hove being classified as BAME, he is concerned that local funding is not reflecting this percentage of the population.

To celebrate the launch of his book “Homecoming – Voice of the Windrush Generation”, Colin Grant is hosting Speaky Spokey at The Nightingale Room this Thursday 10th October.

To find out more about the events in Brighton & Hove Black History Month click here.

Dance Upon A Time: Inclusive and Compassionate Underground Music Event